With the Covid vaccination process advanced and accelerating in Catalonia, and a government fully constituted, the pro-independence organization Catalan National Assembly (ANC) is planning to re-energize the pro-independence grassroots to play their role in pressuring the political parties once again. It is for this reason that in the autumn of 2021, the NGO has called two major mobilizations, with the support of Òmnium Cultural and the AMI, the pro-independence municipalities' association.

In an event held this Thursday at the Institut Pau Claris, one of the centres where Spanish police repression was most brutal during the 2017 referendum, the Assembly announced that as well as calling the traditional mass rally for the Diada - Catalan National Day - on September 11th, it will also convene a large event for the anniversary of the referendum itself on 1st October, which will be extended until the 3rd October through various actions that have not yet been specified.

"We want to highlight the success and the mandate of the 1st October through this double mobilization," said ANC president Elisenda Paluzie. “The fact that the 1st October is a Friday will allow the actions to be extended until Sunday 3rd October,” she explained.

Paluzie said that the message and goal of this double rally will be to "empower the people and give them as sense of security and strength." She added that another goal is to "activate the popular front to put pressure on the institutional front." 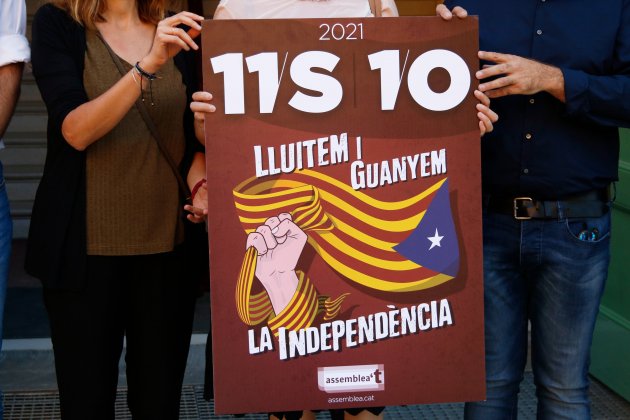 "Let's fight and win independence": the ANC poster for the 2021 mobilizations on September 11th's Diada and 1st October  / Photo: ACN

In the same vein, the Assembly's communication coordinator Adrià Alsina also put a special emphasis on the concept of unilateralism, which the organization has given special prominence in its strategic position over the last few months.

"The basic idea is to emphasize that independence is, by its very nature, a unilateral act," he said, recalling the experiences of Slovenia and the Baltic countries that the Assembly studied through a telematic conference held in May. "The 1st October was a victory for the people and for unilateralism. What didn't work was what came afterwards," he asserted.

The September 11th demonstration will once again be centralized in the city of Barcelona and will be based on a march that will go from Plaça Urquinaona to the Parliament of Catalonia. In front of the Catalan chamber is the location that the NGO plans to hold its speeches. 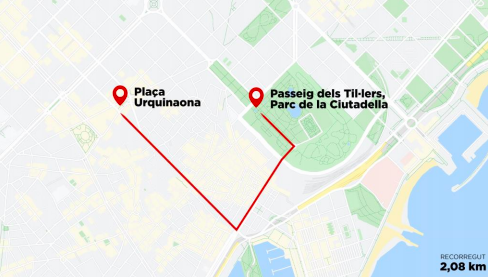 This route and the very fact that the Assembly has chosen to lead its grassroots supporters to the door of the representative institution is part of the pressure it wants to exert on the pro-independence political parties. In fact, in the presentation statement, the organization warns that society needs to be prepared "for when the dialogue route fails and/or there is a final international [trial] ruling, in order to guide the parties and the institutions on this path."

Main image: presentation of the double mobilization convened by the ANC for 9/11 and 1-O of 2021 / Photo: ACN