Beyond the massive marches, what is Catalonia’s ‘Diada’ really all about?

Barcelona, September 11th: it's already an icon. Massive, colourful, festive demonstrations have, in recent years, come to dominate the Catalan capital on the day that is known as the Diada Nacional de Catalunya - Catalonia’s national day. Or just la Diada. On every Diada since 2012, a million or more Catalans have flooded onto the streets of Barcelona, celebrating Catalonia, and voicing a clear political demand: the call for a referendum on independence from Spain. 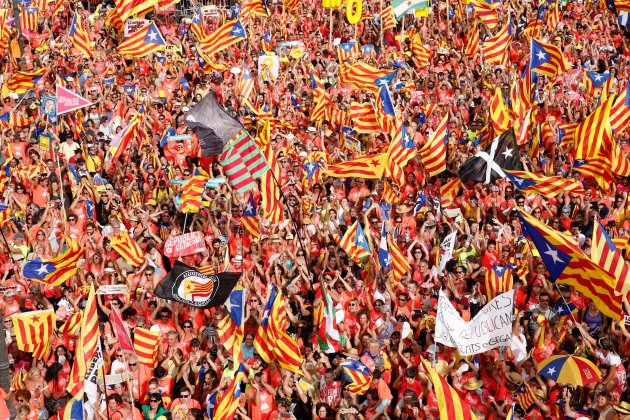 But these spectacular, civic September 11th rallies not only provide the visual expression of Catalonia's current independence aspirations. As well, the Diada's own history fills in much of the background about where those aspirations came from.

What does the Diada actually commemorate?

The first key is in the origin of the day itself. Unlike the national days of many countries, which mark the moment of independence or some heroic victory, Catalonia’s Diada recalls a disastrous military defeat: specifically, the day in 1714 when the besieged city of Barcelona fell to the troops of Bourbon king Philip V in the War of Spanish Succession. That defeat prompted the abolition of the Catalan national institutions which had existed for centuries – the first of Spain's repeated attempts to impose a politically and culturally homogenised Spanish state on Catalans, as well as on the rest of its territories.

So, rather than being an independence day, the historical symbolism of the Diada is closer to an “end of independence” day, in the eyes of many Catalans.

It has grown beyond this, of course. Early commemorations to mark September 11th did consist mainly of religious masses and historical readings to remember the “martyrs” who died defending Barcelona, but by the early twentieth century, the growing popularity of the celebrations meant the day took on a cultural life of its own as a celebration of Catalan identity. New traditions appeared: the placing of elaborate floral tributes at the statue to the 1714 Barcelona mayor Rafael Casanova, the display of Catalan senyera flags on balconies all over Catalonia, and, yes, the nervousness and frequently repressive reaction of the police and Spanish authorities to an expression that was becoming steadily more popular. 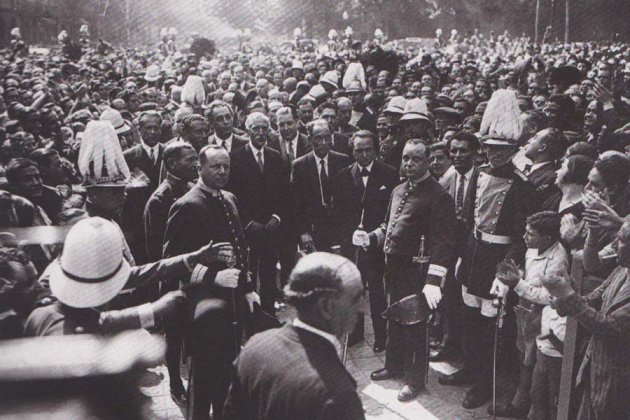 Moreover, the Diada draws a graphline. The ups and downs in the popularity of the September 11th commemorations trace a clear historical graph, reflecting Catalonia’s demands for increased political autonomy and Spain’s willingness to listen to them. Or, more commonly, its lack of willingness.

The initial Diada boom, in the early twentieth century, paralleled the political reforms which created Catalonia’s Mancomunitat (Commonwealth) in 1914, the first real concession to Catalonia’s singularity since 1714. But then, after 1924, Diada festivities were banned altogether - and the Mancomunitat abolished - under Spanish dictator Miguel Primo de Rivera.

The pattern was repeated in the 1930s: Diada crowds in the hundreds of thousands celebrated Catalonia's achievement of its own self-government within the new Spanish Republic in 1931, but this euphoria fell away after the Catalan government was jailed for declaring independence in 1934. And then the Diada was prohibited completely – for almost four decades – after Francisco Franco won the Civil War in 1939 and his regime launched a frontal attack on most manifestations of Catalan culture and identity. 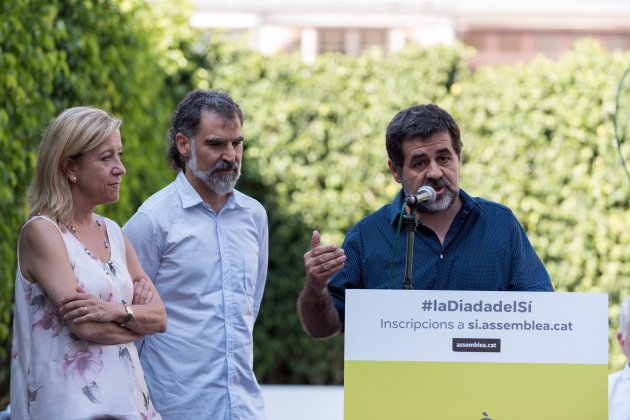 Jordi Cuixart and Jordi Sànchez, respective leaders of the Òmnium and ANC groups which have organized the major Diada rallies since 2012. Both men have been in preventative prison since 2017. Photo: Laura Gómez

The third peak of the Catalan National Day in the twentieth century arrived after the death of Franco in 1975. The first two Diades after the dictator’s death attracted massive rallies, particularly that of 1977, when a march of a million people in Barcelona's Passeig de Gràcia seemed to yield almost immediate results: within weeks, the Spanish government accepted Catalonia's reinstatement of its own self-government, well before the new Spanish Constitution was passed. After that, in an era when hopes were high for a genuinely democratic and decentralised Spain, the Diada became institutionalised and public attendance at September 11th events fell.

And yet, there was eventually a fourth Diada boom: after Spain’s parliament and constitutional court had slammed the door on much of Catalonia’s new 2006 Autonomy Statute, today’s Catalan independence movement began to take shape. In 2012, the new movement again turned to the Diada, calling a September 11th rally, and its colossal success – with around a million Catalans taking part – has set a new pattern. This year's Diada will mark an unprecedented eighth straight year of massive pro-independence rallies.

Unfortunately, what is far from unprecedented in Diada history, is the repression which the Spanish state has unleashed against this twenty-first century wave: with independence leaders in jail and in exile since 2017, and despite the trappings of democracy, little sign that the mechanisms of state power have overcome the dynamics of the past.