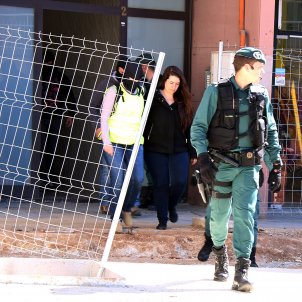 Spain's Civil Guard gendarmerie has undertaken an operation against the Committees for Defence of the Republic around Catalonia. This comes the same day that the Mossos d'Esquadra (Catalan police) detained six people for entering the Ciutadella park surrounding the Catalan Parliament on 30th January, the day of the first, eventually suspended, investiture debate. The two operations are unrelated.

The Civil Guard detained a woman in Viladecans, just south of Barcelona. Although the judge had ordered a second arrest, the police have not yet found the man in question.

The operation, called operation Cadera (operation Hip), is headed by court of instruction number 6 from Spain's National Audience court and follows a report from public prosecutors. Judge Manuel García-Castelló accuses them of the crimes of rebellion and terrorism, believing them to have "continued the strategy of Puigdemont's government". Once arrested, they were to be taken straight to Madrid by order of the court.

The public prosecutor said: "It's about two people who allegedly carried out activities running and coordinating the acts of sabotage carried out during Holy Week 2018 in a coordinated way by the so-called CDR, conceived to cause a climate of social unrest". They add that one of those to be detained hasn't been found, and that there could be more to follow.

The operation is currently under a secrecy injunction. More details are expected to come to light in the coming hours.

The woman arrested by the Civil Guard in Viladecans shared an audio message on social media explaining the actions and strategies planned by the different CDRs. The Civil Guard believes her to be a "coordinator" of the committees. She also shared audio online including CDR slogans and action plans which suggested the possibility of collaboration from certain unions.

She was led away from her house in handcuffs after a 4-hour search and taken directly to Madrid where she will testify to the National Audience judge.

In Esplugues de Llobregat, at the same time, a second search was carried out, but the Civil Guard hasn't located the second individual they are to arrest.

The CDR have been under investigation since the referendum on 1st October last year. During Holy Week, they blocked roads and lifted toll barriers on a number of major Catalan roads.

The Mossos d'Esquadra have put together a special plan given their increasing activity, and on Monday they set up a large security cordon around an event which the king was to attend.

During Holy Week, the CDR lifted toll barriers on various roads around Catalonia, blocked other roads and carried out other acts to defend the "Catalan republic" and call for the release of the political prisoners.

The CDR had already, on Twitter, urged drivers coming back from holidays to avoid paying tolls. The messages included: "during this operation returning after Holy Week, wherever you're coming from, don't pay any toll" and "they won't have anyone to order if we disobey".

Some of the targets during the last week of March were Barcelona's Sants station and the roads A-2, N-340, AP-7 and la Diagonal and la Meridiana, two of the most important thoroughfares in the Catalan capital. 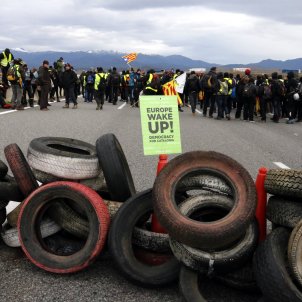