Committees for Defence of the Republic, a popular movement persecuted by the state

The narrative of the supposed violence in the streets of Catalonia had to be built on something. And the topic chosen has been the CDR, the Committees for Defence of the Republic. Overnight, they've become the Spanish state's main target. First, pro-union parties have drawn the necessary parallels with what happened in the Basque Country, with the kale borroka street violence and the "violent cells". And now public prosecutors have taken legal action and started an investigation for an alleged crime of rebellion. But what exactly are the CDR, beyond a scapegoat?

Popular, autonomous and with no visible figureheads. These are the main defining features of the committees, organisations at the level of neighbourhoods, towns or counties, governed by assembly with the objective of implementing the declaration of independence made on 27th October last year. They don't even have tax numbers.

This, however, wasn't why they were born. The first CDRs were created for the referendum vigil to enable the vote to take place on 1st October. They were organised especially through messaging apps and social media to keep polling stations open and protect them from the police repression by Spanish police.

Their message is clear: the Republic proclaimed in the Parliament on 27th October has to be implemented. To do so, they propose civil disobedience and peaceful resistance. 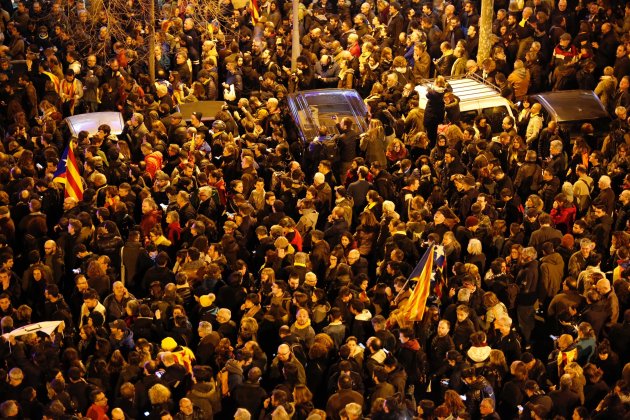 From referendum to republic

After the 1st October, the 'R' went from standing for referendum to republic. The CDRs continued growing in number and number of members and took the limelight in the "general standstills" on 3rd October and 8th November. On those days, they took advantage of being spread around Catalonia to organise road and rail closures. Their actions have continued, becoming ever more frequent, until they are now a key part of the Catalan independence process.

The imprisonment of political leaders has contributed to such organisations becoming substitutes, as it's more difficult to point at individuals as leaders. They are formed by members of the pro-independence parties and organisations, but also many people with no other political links beyond the CDR. They have no direct connection with any political party, nor notable office.

The appearance of the CDR also surprised other pro-independence organisations of longer-standing like the Catalan National Assembly and Òmnium Cultural, which have seen them appear and grow from nothing. In part, their birth and growth is related to a perception that the older organisations are more dependent on party and institutional plans.

The new bodies are organised through weekly open assemblies which decide on the next actions at a local level and coordinate participation in national actions. Besides the meetings, the CDRs use social networks like Twitter and Telegram as their main means to spread official statements or last-minute updates.

There are geographic CDRs at the level of neighbourhoods, towns and villages, and counties, but also those with other tied, for example linked to the world of sport, like CDR Barça, or universities. 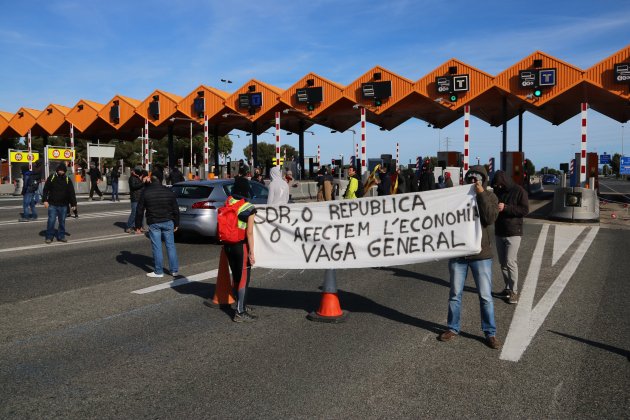 Their main actions in recent days have been closing roads and train lines, removing toll barriers and slow marches. They've also held demonstrations, for example in front of the building of the Spanish government delegation to Catalonia, where some small incident took place to a firm response from the Mossos d'Esquadra (Catalan police). Although their tone is less "festive" than the large pro-independence demonstrations, the calls to peaceful resistance have prevailed. But that hasn't stopped them becoming the state's scapegoat.

The largest Spanish news outlets have pointed the finger at them, with reports like one from El Español (in Spanish) entitled: "These are the CDRs, the uncontrollable monster of 300 heads which is vandalising Catalonia". Or one from ABC (in Spanish) in its print edition: "From 'smiles' to 'kale borroka': the [independence] procés is entering into a new phase of violence". This last included claims like "violence has stopped being one-off and anecdotal to become regular (daily) and organised". Headlines in Madrid have been full of this in recent days.

Then it was the pro-union parties who put them in the crosshairs. PP's vice-secretary, Javier Maroto, said this Monday in an interview with Europa Press that the CDR remind him of "the worst we experienced in Basque politics". PSOE's organisation secretary, José Luis Ábalos, said that they were the "seed of the kale borroka". And the leader of Ciudadanos, Albert Rivera, used the term "violent cells", denouncing them as the "hidden face of nationalism, pointing the finger at whoever thinks differently".

And this Monday the public prosecutor has pulled the trigger. Prosecutors from the National Audience court have released a statement announcing that they have started an investigation into bringing charges against the CDRs, suggesting they might be committing crimes of rebellion, misuse of public funds and other attacks against public order.