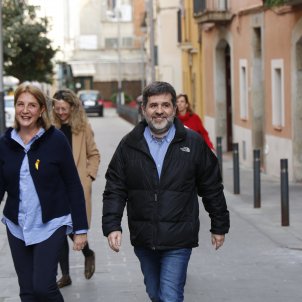 Wearing an enthusiastic smile, Jordi Sànchez has presented himself on his first day at work at Carrer de Sant Crist, 13 in the Barcelona neighbourhood of Sants. This is the headquarters of the Canpedró Foundation, where jailed Catalan pro-independence leader Sànchez will spend 11 hours a day on three days every week doing volunteer work. He is starting this regime of work outside the prison under article 100.2 of the prison regulations, aimed at the reintegration of prisoners who are serving a standard second-level prison regime.

On arrival, at 4:30 in the afternoon, the former leader of the Catalan National Assembly greeted the waiting press and thanked them, but did not make any statements - something which would not be allowed under the conditions of this regime. However, later in a message on social media, Sànchez said he hoped to able to contribute his "grain of sand" to help the Canpedró project to "continue to serve the people and especially young people and children."

Foundation president Teresa Villoro did answer press questions. "We always need willing hands and what he can offer will be very good for us," she said, noting that Sànchez  has experience working with children. "We are very grateful that Jordi Sànchez is with us," she added.

This foundation, dedicated to helping people in situations of vulnerability or dependence, takes part in several reintegration programmes with the justice department and has received other people serving prison sentences. The tasks that Sànchez will do during his time at the foundation will range from helping in the foundation's dining room to providing reinforcement classes for children.

Cuixart, Forn, Bassa and Forcadell, all on work leave

Four of the Catalan political prisoners, Jordi Cuixart, Joaquim Forn, Dolors Bassa and Carme Forcadell, had already begun regular leave from prison in application of article 100.2. Today it was Sànchez's turn, and it is expected that the other four imprisoned pro-independence political leaders will follow suit. The application of this measure is independent from the other prison leave that prisoners obtain a right to after serving a quarter of their sentences.

The public prosecutors, however, have opposed these 100.2 applications on the grounds that they constitute "covert" access to an open prison regime, and also oppose Sànchez and Cuixart's other leave applications on the grounds that they do not show any repentance. So far, the prison court judges who have received these complaints from the prosecutors have rejected them and approved the leave permissions.

In fact, prior to the delivery of the verdicts against the Catalan prisoners, the Spanish prosecutors had already requested the Supreme Court to block any prison release from the pro-independence leaders until they had served at least half of their sentences, but the judges did not include this condition in the sentence. 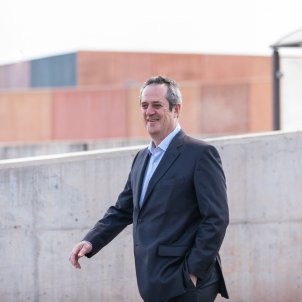 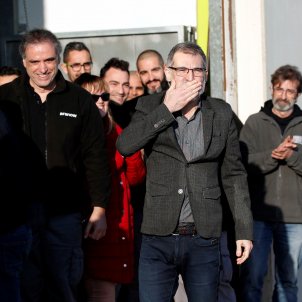