The demonstration stings in Madrid

You'd got to thumb through a few pages and get past the adverts on erectile dysfunction and premature ejaculation to find the two editorials in the newspaper El País this Sunday. No surprise: there's no reference at all to Saturday's huge demonstration in the streets of Madrid in defence of the right to self-determination and to call for the release of the Catalan political prisoners and the return of the exiles. A discrete photo on the front page is the only sign with the contribution that, according to their calculations (the basis for which they don't explain), some 55,000 people had gathered for what they describe as a "pro-independence protest". Under the editorials, so in a very noble position, there's an article on whether Catalan voters will know before the 28th April general election what their votes will be worth. The article's tone is given by this phrase: "Will this martyr-Junqueras manage to prevail over this Waterloo-scrounger-Puigdemont?". That's the tone of a formally important news outlet.

The second newspaper from the Spanish capital, El Mundo, gives the demonstration a somewhat more generous treatment, in terms of space, on its front page. In an editorial it labels a "childish joke" the gathering "to interfere in the 1st October trial". It says it was "a lamentable anti-democratic exercise", that exhibiting ballot boxes like those used during the referendum is "an idiocy" and speculates that public money could have been used for the demonstration, "which could constitute misuse of public funds", something it hopes "the competent authorities are investigating". They never understand anything; Catalan society is a people they are still to discover. The other print newspapers don't do better than these two and, most likely because the demonstration was at 6pm, neither ABC nor La Razón said anything about it on their front pages. Oh, no! It's because Pablo Casado had bought all the copies and for that reason the only thing that appeared on their front pages were PP's candidate lists for the upcoming elections. With Aznar, with Rajoy and with Casado, the right-wing Madrid press is looking out for itself.

I suppose it hurts badly that the Catalan independence movement should have managed to bring together more people in the Spanish capital (or the same number, let's leave that aside, although it's not entirely true) as the demonstration against Catalonia in February in plaza de Colón. And by the way, in some of the Madrid papers that 11th February appeared in kiosks as almost a fold-out guide to the essence of Spain. It's not a dish that's easy to digest for all those who day in, day out take the pro-independence movement for dead and communicate in their columns a wish that it should never come about.

The main problem is that Madrid never listens and always believes itself to be in possession of the truth. It would be worth their while, again, to read some of the texts published by large parts of the international media, not just on this occasion, but periodically. They won't, again. And Catalonia will continue moving away on a path which it's hard to think has a reverse emotionally. 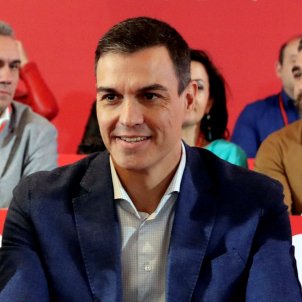 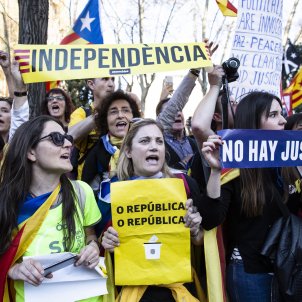 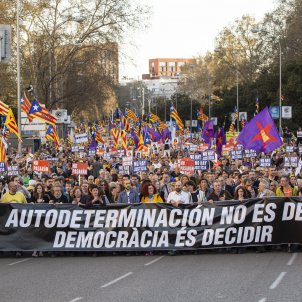