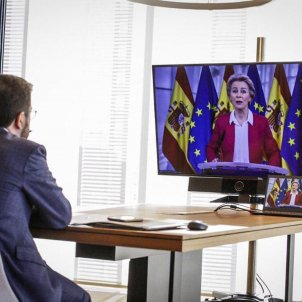 This Monday's conference of Spain's autonomous community presidents featured a special guest: Ursula von der Leyen, president of the European Commission. A circumstance that Catalonia's deputy leader, Pere Aragonès, did not allow to simply pass by. According to sources present at the meeting, the acting head of the Catalan government addressed her in English, firstly, to denounce the repression against Catalonia: asserting that the Catalan representative at the meeting should have been president Quim Torra, not him. Secondly, to call for a political resolution to the Spain-Catalonia conflict, under which citizens would be able to freely express their will, through a referendum.

The acting president recalled that his presence at the meeting was because "our president, Mr Quim Torra, has been unfairly disqualified from office for having defended the release of political prisoners and the return of exiles." Given this, said the ERC politician, there is a "need to solve this challenge with more democracy, by giving the voice to the citizens of Catalonia, so that they can freely decide their political future."

After this preamble, Aragonés turned to the issue of the day: European funds. "To be really efficient, it is essential that these go directly to the relevant territory," he said. For this reason, he considered it "essential that Catalonia directly manages the part of the European fund that it is entitled to". Communities must be able to have a "voice and direct participation", and therefore a "permanent forum of territories" should be created "to work together with the European Commission". He stressed that the Catalan government has "a lot of accumulated experience, skills and above all the capacity, strength and energy" to carry out "truly transformational projects".

As well, the vice president defended that "the challenge is so great that we cannot say no to a single euro", but that the entire 140 billion euros must be used. "We need a transformative and expansive policy, a Keynesian policy," Aragonés said. The funds, he said, should be used "not to pay current spending, but to invest in the future and strengthen the welfare state."

The tune being sung by the Spanish government, at least for the moment, sounds positive for the autonomous communities, asserting that that they will play a major role in decision making on the funds that will arrive from the European Union. Pedro Sánchez himself said during the conference of presidents on Monday that, according to his estimates, more than 50 per cent of the projects in the recovery plan "will be executed directly by the autonomous communities". 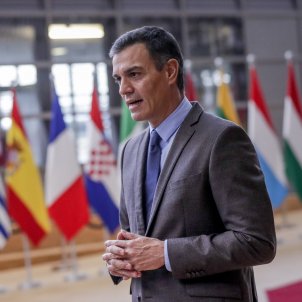 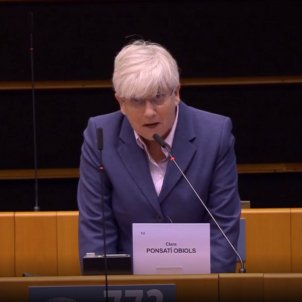 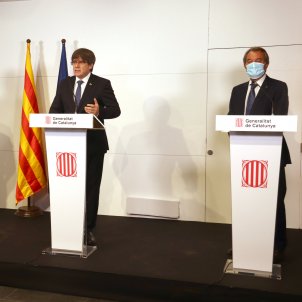 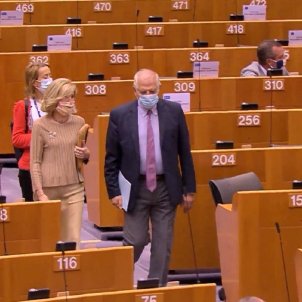