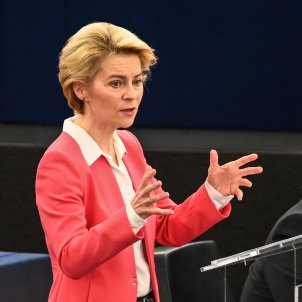 The European Parliament has this Wednesday approved the new European Commission, led by its first female president, Germany's Ursula von der Leyen. MEPs voted 461 in favour, 157 against with 89 abstentions.

The new Commission, to be finally approved by leaders on the European Council tomorrow, will take over from Jean-Claude Juncker's team on 1st December for a five-year mandate.

Josep Borrell, back in Brussels

Every member state nominates one commissioner. Spain's choice this time was Josep Borrell, currently Pedro Sánchez's acting foreign minister; he will become high representative for foreign affairs and security policy. It's not his first high-level position in Brussels having been president of the European Parliament 2004-2007.

Borrell is well-known in Spain for being one of the strongest opponents of Catalan independence among front-line politicians, despite being from Catalonia. He has also had a controversial past, issues from which were brought up in his confirmation hearings earlier this year.

Although Borrell will be the most senior figure with responsibilities for foreign affairs, he's not the only commissioner to have international issues in their portfolio.

The Hungarian Olivér Várhelyi, of Viktor Orbán's Fidesz party, will be in charge of Neighbourhood and Enlargement, meaning relations with the EU member states and any candidates for membership. Finland's Jutta Urpilainen, one of 12 women on the new Commission, including Von der Leyen herself, will be commissioner for Internatonal Partnerships, with a particular focus on Africa, eliminating poverty worldwide and the question of immigration.

Finally, Phil Hogan, from Ireland, will have the Trade portfolio. In that capacity, he will be in charge of the EU's strategy towards issues like the trade war between the USA and China and potential negotiations for a future deal with the UK after Brexit.

The UK, no seat at the table

The United Kingdom, which has had extensions to its first two Brexit deadlines, will for the moment have no seat on Von der Leyen's Commission. Boris Johnson's government declined to nominate a candidate, arguing it would be inappropriate ahead of the 12th December general election.

In response, the EU has launched legal action, arguing Westminster has breached its responsibilities whilst still a member of the bloc. Depending on the outcome of the process at the European Court of Justice, Westminster could face a large fine.

Who voted which way?

Von der Leyen's Commission got the broad support of her own EPP group, as well as the majority of S&D and Renew. The final numbers mean that, despite a rocky nominations process, she ended up having more votes in favour and fewer against than Jean-Claude Juncker did in 2014.

Greens–EFA in general abstained, unconvinced her policies are radical enough. Scotland's SNP, however, voting in favour, with MEP Alyn Smith arguing: "[It's] important to approve the Commissioners so they can get on with their work. [We] face a number of international challenges that can only be tackled by common action."

The other groups, the left-wing GUE-NGL and the right-wing ERC and ID, mostly abstained or voted against. Again, there were exceptions, like Poland's PiS, the party of new Agriculture commissioner Janusz Wojciechowski.​ 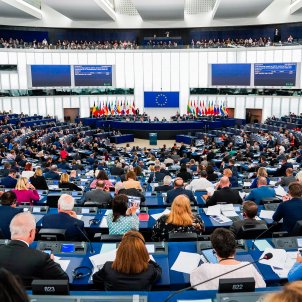 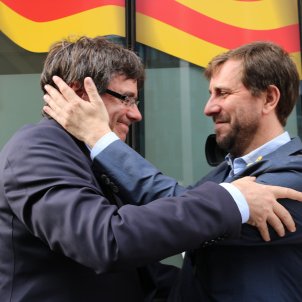 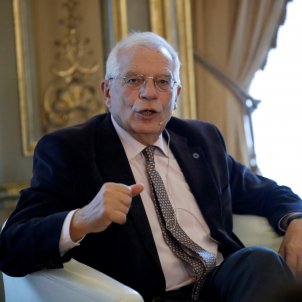 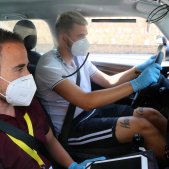