Puigdemont demands an explanation over Civil Guard in anti-yellow 'squad' 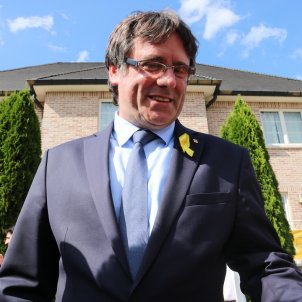 Catalan president in exile, Carles Puigdemont, has asked the Spanish government and its representative in Catalonia, Teresa Cunillera, to give an explanation for the behaviour of a Civil Guard officer stopped by Catalan police on Thursday night who was a member of an organised squad dedicated to removing yellow ribbons. In a tweet, the exiled president has demanded an "urgent" clarification because what he calls the "Go get 'em!" attitude - "approved by king Felipe VI" - is getting out of hand and threatens to worsen the wave of violence that has been unleashed".

It is urgent that the Spanish Government and its|his|her|their representative in Catalonia start to give explanations. Its|His|Her|Their "to|in ellos fear" blessed by Felipe VI is escaping them of the hands and looms of aggravated the wave of violence turned loose. It|He is very severe. https://t.co/6JXGnsIHIO

Puigdemont's tweet made a sizable impact on social media. Responding to it, Junts per Catalunya Badalona queried that while the Spanish government's Catalonia delegate Teresa Cunillera is focused on a banner that is "protected by the freedom of expression, Civil Guard agents have been caught in 'squads', and Spanish National police officers have attacked photojournalist Jordi Borràs and insulted pro-independence MPs."

— Together For Catalonia Badalona (@PDeCATBDN) 18 of agosto of 2018

Photojournalist Jordi Borràs, who was assaulted by a Spanish police officer in central Barcelona in July in broad daylight, also turned to Twitter over the Civil Guard issue - not to ask for explanations, but to demand the outright resignation of Teresa Cunillera. The reasons he mentioned in his argument were the same as in the tweet above.

In a single month:

- Inspector of the squad of information of @policia breaks me the face|side.
- Agent of @policia insults and spits 2 diputats d'@Esquerra_ERC.
- Agent of @guardiacivil identified as a member of a squad|bunch of hooded it|he|she starts bows.

Puigdemont then quoted the Borràs tweet and added to it, saying that as well as the list of aggressions, a further point to include was "those who place illegal devices under cars". According to the president in exile these people "believe they are immune from punishment but their time will come to respond to justice. European justice, naturally", affirms Puigdemont.

Add those who place illegal devices under the cars of the people to it and we will have the complete photo. They believe themselves unpunished, but he|she|it will arrive for them the moment of replying in the face of the justice. The European, naturally. https://t.co/xnAI70dojV — Carles Puigdemont (@KRLS) 18 of agosto of 2018 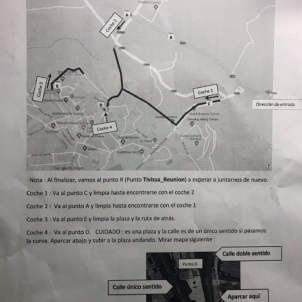 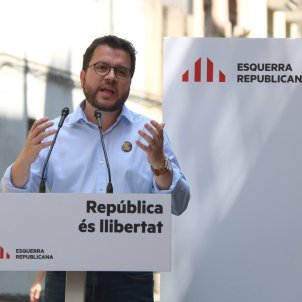 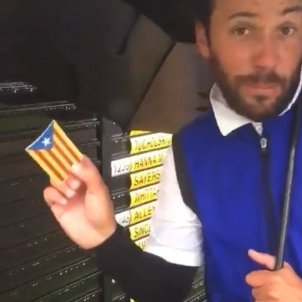