The first step in the Catalan pro-independence parties' strategy to achieve an amnesty for the whole movement has been completed. This Friday in Parliament, JxCat, ERC and the CUP passed the resolution proposing the amnesty law, in what has been the last plenary session of this legislature. Despite the success of the motion, the pro-independence groups could not avoid mutual criticisms during the debate. Meanwhile, the left-wing Comuns abstained, so as "not to make anti-repression proposals compete with each other".

The next step will be the presentation of the draft amnesty bill in Congress by the three parties, which is scheduled for March 15th. However, it is likely that this initiative will at that point be blocked through the rejection of the PSOE, in addition to that of the right wing trio of PP, Vox and Cs.

On behalf of Together for Catalonia (JxCat), the deputy speaker of Parliament, Josep Costa, spoke, criticizing the formation of a Catalan government at any cost in 2018 in order to end the Spanish imposition of direct rule under Article 155. "Some of us warned then that this could condemn us to governing autonomous institutions that had been taken over".

Costa did not stop there, pointing out that the independence movement began to lose the "fight" against the state "when a majority willing to abide by the Spanish courts replaced the pro-independence majority that emerged from the elections of 21st December 2017." The vice-president gave as examples the failure of the investiture of president Puigdemont - who was the logical candidate based on the 2017 results - as well as this year's disqualification from office of president Torra, and the impossibility of investing Jordi Sànchez and Jordi Turull in 2018.

Costa also acknowledged that JxCat does not expect the state to make the amnesty effective, and based its support for the proposal on a need to continue "widening the crack" and encouraging "intelligent confrontation."

The Republican Left (ERC) deputy Ferran Civit focused his intervention on the failings of the amnesty declared during the Spanish transition out of dictatorship, recalling that torturer Billy El Niño "died with impunity" because of the amnesty, which also released "rapists and torturers."

However, Civit also addressed the Comuns to emphasize that neither of the other two "solutions" proposed for the judicial repression of the independence movement - pardons, and reform of the sedition law - could end the persecution for anyone else but the nine leaders jailed for sedition, when the need is to resolve the entire political conflict and the plight of nearly 3,000 people suffering legal retaliation against the process. He added that pardons would mean "implicitly acknowledging that there had been a fair trial" and that the political prisoners were in reality "criminals."

The ERC representative also spoke of the need for empathy among all groups and urged the Comuns and the Catalan Socialists "to be brave, both here and in Madrid".  He proposed three lines of action: "Amnesty, empathy and politics. Without empathy, there is no humanity or politics," he reflected.

For her part, CUP deputy Natàlia Sànchez called for an amnesty as a solution that would make it possible to pursue "independence politics with liberty". The left-wing politician asserted that it is important to end this legislature "demanding an amnesty" precisely because it has been affected "by repression" - through the external interferences and disqualifications, as others had already mentioned.

Sànchez also criticised the governing pro-independence parties, JxCat and ERC, for the Catalan government's own judicial role against pro-independence protesters who are facing prison sentences, as is the case of activist Marcel Vivet, tried today in Badalona and for whom the Catalan government is demanding four years and nine months in prison, for his role in the protest against the radical Spanish police union Jusapol. “The contradiction is that JxCat and ERC are demanding an amnesty, while they file charges against pro-independence protesters,” she said.

The Comuns look away

Despite giving assurances that they support the amnesty, the left-wing Comuns, the Catalan allies of Podemos, abstained from voting on today's motion. According to MP Lucas Ferro, the abstention was motivated by the fact that they do not believe "anti-repression" solutions should made to compete with each other. 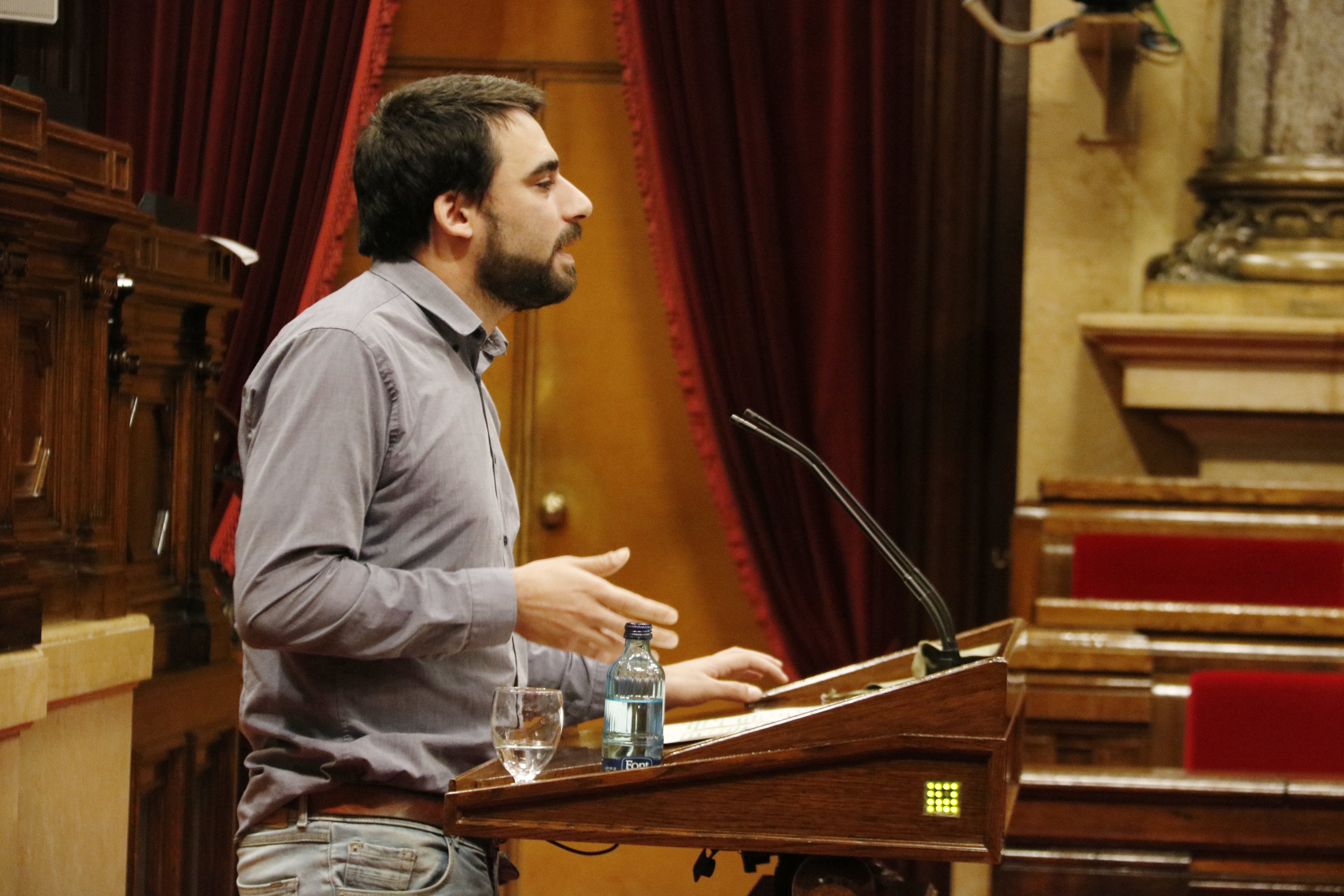 Ferro asserted that no-one should renounce the reform of the sedition law, both for the political prisoners and for those who in the future may be charged with this crime. He also urged more use of the dialogue table, which "was a victory for all of us who backed dialogue."

Ferro criticised the symbolism of the proposal and the fact that Parliament, in his view, has become more of a "propaganda space" than a "legislative space". Lastly, he called on the Catalan government that emerges from the 14th February elections to "think more about solving problems than about scoring points".

Cs, PSC and the PP: the usual brick wall

There were no surprises among the unionist parties either. Ciudadanos, the Catalan Socialists and the Popular Party showed no interest in the proposal and railed against the pro-independence parties for the events of autumn 2017.

Cs deputy Nacho Martín Blanco criticised JxCat, ERC and the CUP for not feeling "a little reluctance" at seeing the pro-Spain parties walk out of the sessions in September 2017 when the referendum legislation was passed, adding that "the Catalan question is not a problem between Catalonia and Spain, but between Catalans".

For his part, the Socialist Ferran Pedret justified the party's 'no' to amnesty because "they can ask us for to forgive, but not to forget".

The Catalan leader of the PP, Alejandro Fernández, struck out strongly against the proposal and asserted that "it has no place in the Spanish legal system" because neither sedition nor misuse of public funds are political crimes.