Junqueras returns to the Catalan Parliament with a spirit of victory 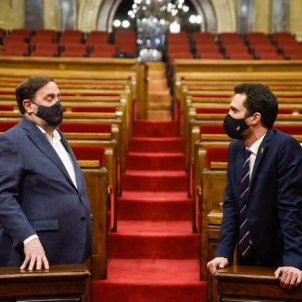 The last time Oriol Junqueras stepped into Parliament he did so in police custody. Security forces brought him in a van directly from the Lledoners prison, along with the other Catalan political prisoners. He came to appear before the  Parliament's commission of inquiry into the imposition of Article 155 of the Spanish constitution on Catalonia. Immediately afterwards, he and his colleagues were again driven, under surveillance, to the prison. This Tuesday, a year later, he is back in more dignified conditions, under the more open Level 3 prison regime which allows him day leave during the week. 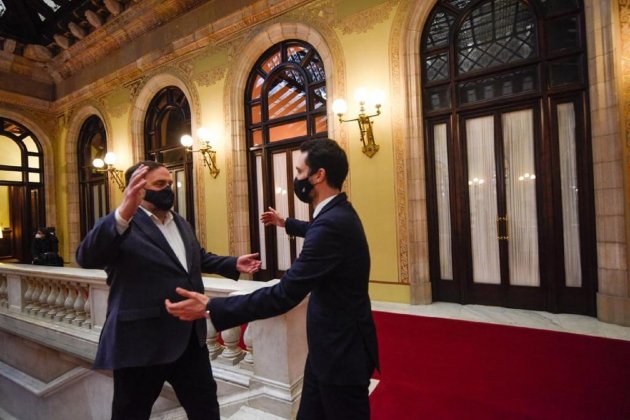 The speaker of the house, Roger Torrent, who is also number three on the list for Junqueras's ERC party, acted as host. During the last encounters between the two, they were separated by a sheet of armoured glass. This time, however, they were to able to hug. Junqueras and Torrent strolled around the building and entered the chamber together. ElNacional.cat has had access to the photographs of the moment. For those who like to read the subliminal messages between the lines, the ERC leader was placed in the parliamentary seat of the Catalan president for the photo.

According to sources close to the meeting, the two politicians took the opportunity to exchange views on the immediate future of the country, but they also talked about family. Junqueras shared with the speaker that his children were overjoyed because he was able to accompany them to school this Monday. The sources describe the ERC leader as being filled with a "spirit of victory." 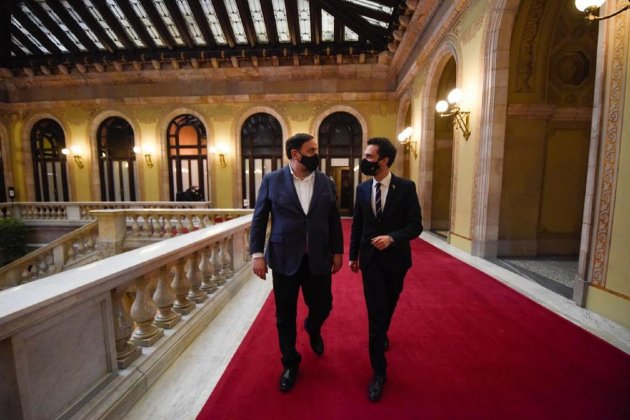 Junqueras and Torrent, on the way to the chamber. / Marc Puig

A lot has happened since Junqueras's last visit to Parliament. It’s been a little over a year. But the truth is that despite the saga of day-to-day developments over this time, the political climate has not changed much. When the convicted pro-independence leaders appeared before the 155 commission, president Quim Torra had just declared that the legislature was at an end and the relations between JxCat and ERC were broken. That was a result of the withdrawal of Torra's parliamentary seat, ordered by the courts and assumed by the procedural bureau of Parliament - headed by Torrent.

During their speeches a year ago, the prisoners criticized the attitude of their successors in the Catalan government, for the constant quarrels between partners. They also made the umpteenth call for pro-independence unity, which, a year later, seems not to have had a lasting impact. 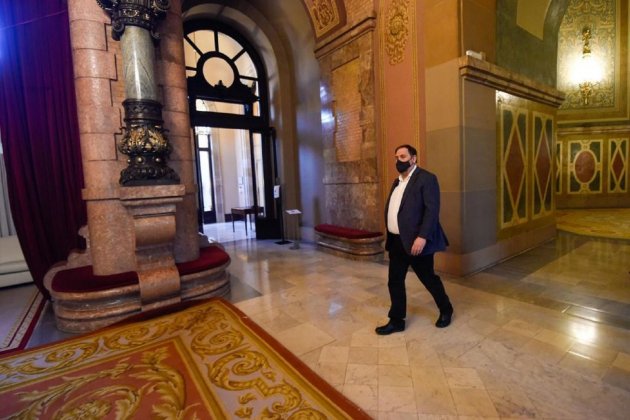 In the main image, Torrent and Junqueras talk in the chamber of the Catalan Parliament. / Marc Puig 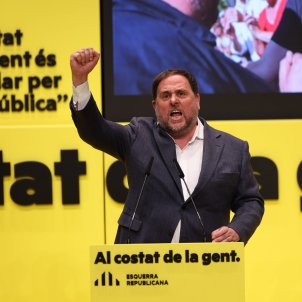 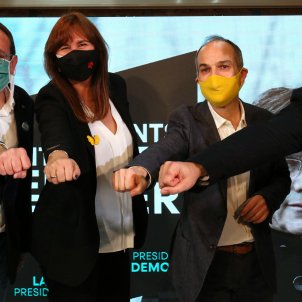 Catalan elections Puigdemont's warning: "Others try to make deals in Madrid, and get taken for a ride" Marta Lasalas 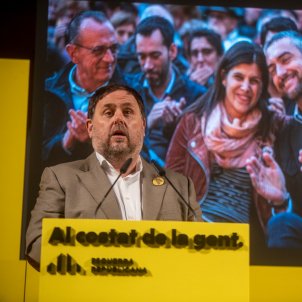 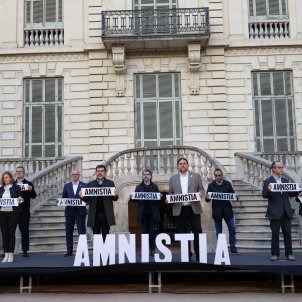