Cuixart urges the UN to demand an amnesty from Spain: "The repression is not over"

Activist Jordi Cuixart has denounced Spain's repression of the Catalan independence movement at the United Nations, and has urged the international organization to pressure the Spanish government to apply a legal amnesty for all those suffering pernicious actions by the state.

Cuixart, president of the NGO Òmnium Cultural, spoke to the UN Human Rights Council via digital link, warning that Spain's "repression" of the independence movement "is not over" despite the granting of pardons to nine imprisoned leaders.

"I have spent almost four years in prison," he said, before adding that "hundreds" of other citizens are still involved in court cases "for participating in peaceful protests" linked to the referendum.

Call to the UN

That is why the Òmnium president called on the UN Special Rapporteur on the Right to Peaceful Assembly, Clement Voulé, to apply pressure to Spain to "initiate a legal amnesty process" for all those undergoing retalitation for taking part in the 1st October referendum and related protests.

"We call on you to make Spain respect its international commitments," he asked Voulé, who was appearing at the UN Human Rights Council meeting this Thursday to present his annual report on the right to peaceful protest around the world, which includes complaints about "excessive use of police force" in Spain. 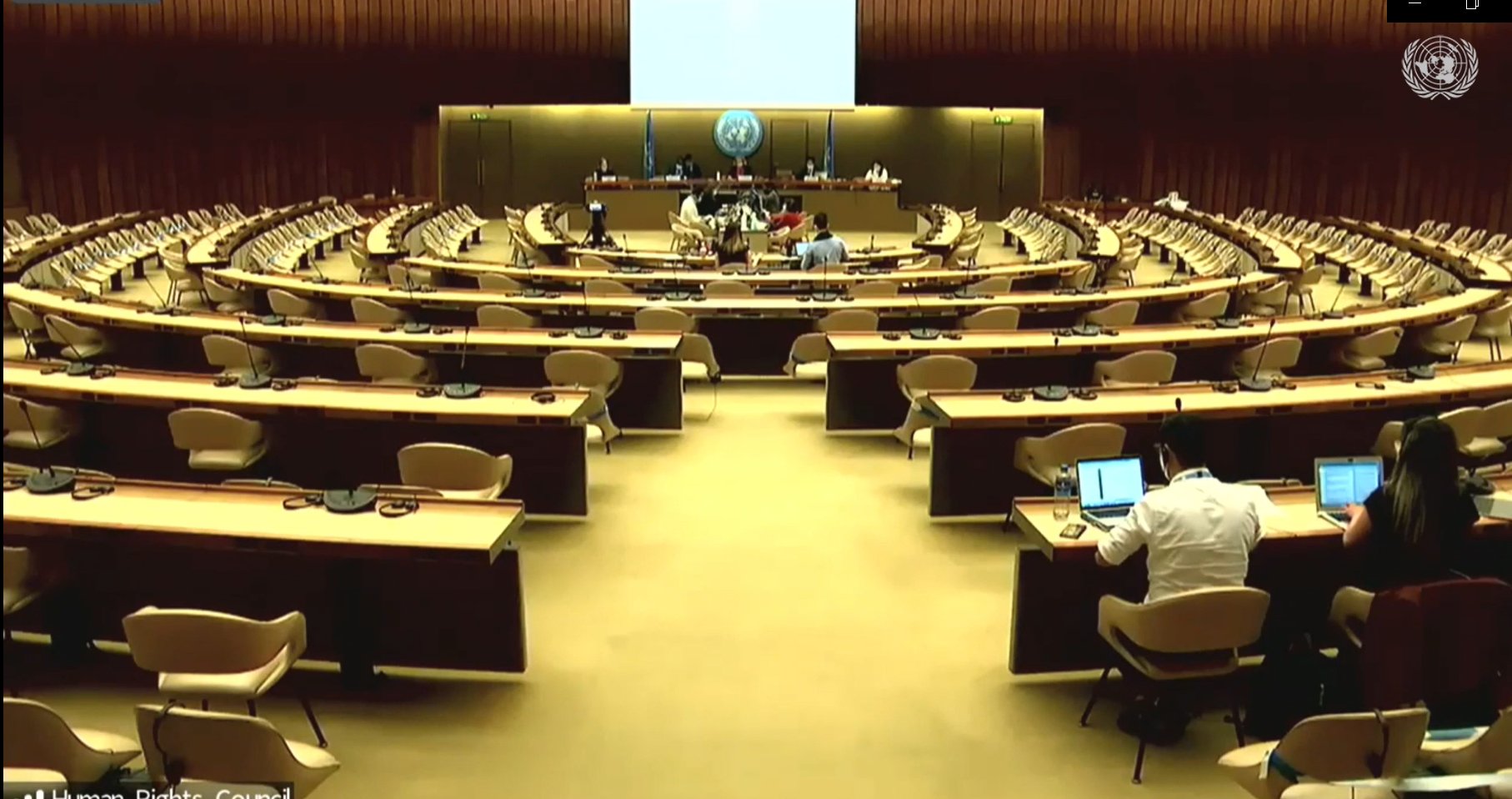 Auditorium where the UN council meeting met, at which Cuixart spoke / Photo: Òmnium

Cuixart warned the rapporteur that "if political repression is allowed in a democratic state like Spain", more authoritarian countries will feel "legitimized in their anti-democratic practices." "We, civil society, will never stop protesting. Defending human rights in Barcelona is also doing it in Hong Kong, Bogota or Cairo. That is why 'we will do it again'," he concluded.

In fact, Voulé had previously alerted the Human Rights Council about the increase in repression, the use of force and censorship against political dissent by states around the world, and he denounced that many countries have taken advantage of the Covid-19 pandemic to do so. However, the report he presented does not mention the case of Cuixart or those of the other pardoned pro-independence leaders.

Hours later, Cuixart took part in his first political event since receiving a pardon last week, when he attended a meeting with the cultural association's national board, local boards and technical team held at Pompeu Fabra University in Barcelona. 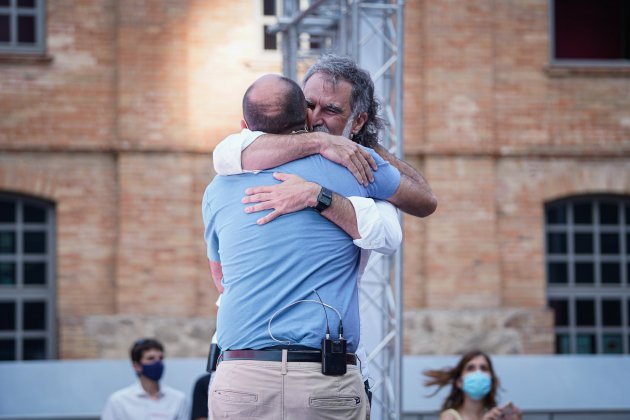 And it was here that he sent a clear and forceful message to the Spanish prime minister, Pedro Sánchez: "I tell Mr Sánchez that, from non-violent struggle, we will continue to put pressure on the politicians. Let him know. We will not give up the struggle."

Cuixart also called for contributions to the solidarity fund in the face of the massive sums which the Court of Accounts has ordered to be paid by 40 former high-ranking Catalan government officials. “We can’t leave them to face this alone,” he said. However, he also asked the administration to take the side of the repressed, and made special mention of Marcel Vivet, sentenced to five years' prison due to prosecution from, among others, the Catalan government.