Catalan Parliament awards medals to those persecuted for pro-independence activism

The Catalan Parliament has awarded its Medal of Honour in the highest, gold category to a delegation of those who have suffered persecution from the Spanish state - through judicial or police action - for their participation in the independence process. The speaker of parliament, Laura Borràs, made the award in a solemn ceremony held this Friday afternoon in Parliament's auditorium, with president Pere Aragonès and the entire cabinet in attendance.

In her speech at the event, held on the eve of Catalan National Day, Borràs explained that she had proposed to award the medals to these citizens - and it was approved by the pro-independence members who form a majority on the Parliamentary Bureau - "because of the strength that symbols have."

"The Medal is a gesture made by Parliament to focus on the repression that many want to blur," said Borràs, responding to the criticism received by some of the very people suffering reprisals, who today issued a statement asserting that the action and awards were "hypocritical", because of charges and accusations that the Catalan government itself - through its interior ministry and the Mossos police - has made and continues to make against many of them. 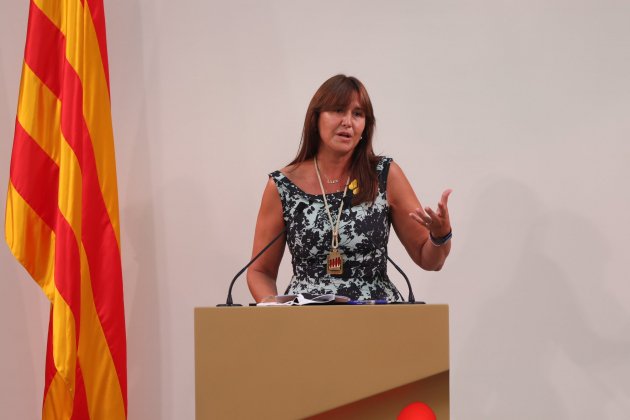 The speaker of parliament, Laura Borràs, during her speech / Photo: Sergi Alcàzar

Borràs, however, also expressed her respect for those suffering retaliation who have refused to attend the event or have even rejected the award itself. However, she expressed her desire that the medals will help the accusations from within the Catalan government to be dropped.

"It's a symbolic gesture, yes, but: what is the strength of symbols?" she asked, giving the example of how the numbering of the current Catalan legislature has been changed to include that of the 1930s republic in the list, as well as speaking of the current Catalan national symbols: the anthem and the flag. In addition, Borràs referred to the reaction of pro-Spanish union parties to this recognition (PSC, Vox, Ciudadanos and the PP did not attend the event), and pointed out that "perhaps it was not such a symbolic gesture."

Finally, Borràs spoke of the support she herself has always given to those who have faced state retaliations, and argued that the medal also responds to "one of the demands I have heard most frequently": the lack of institutional support. “Today, Parliament recognizes you,” she said. 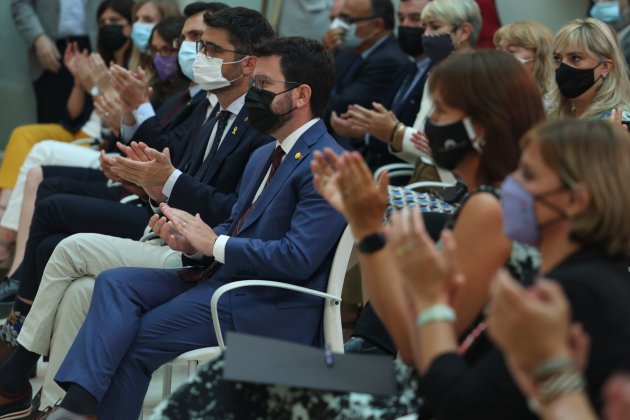 Activist Roger Español, who lost an eye due to a projectile fired by Spanish police on the 1st October referendum, and lawyer Anna Llauradó, spoke on behalf of those persecuted over the independence process and the legal teams that have defended them.

Español warned that "the repression against Catalonia is completely transversal and unique, and eliminates the left-right axis", mentioning how those affected ranged from the president in exile, Carles Puigdemont, to the left-wing protester, Marcel Vivet, who was one of those refused to attend the event. 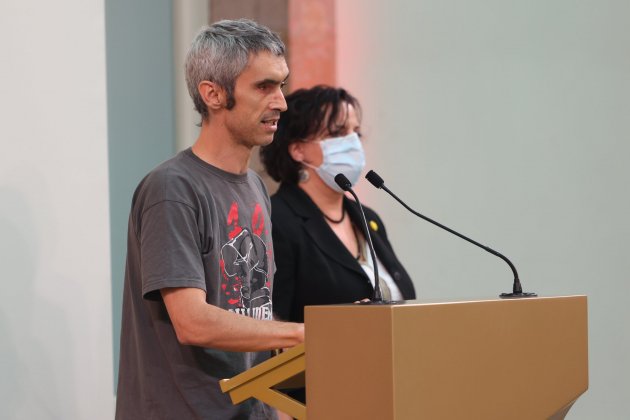 Español urged the politicians to achieve independence and warned that those facing retaliation have no time to wait for the "struggles shared with certain sectors" to produce self-determination - in a reference to the left-wing Comuns and the Socialist party, and to the negotiation about to take place at the dialogue table.

The activist also warned that many of those persecuted are "hurt" by the fact "the government of the country they defend should persecute them," and called on the Catalan parliament and government to confront the Spanish state.

The lawyer Llauradó, for her part, praised the work of legal experts "who have put themselves at the service of the citizenry" since the 1st October referendum, and said she is hopeful that the judicial macro-case against the independence movement will receive a major blow at the European Human Rights Court in Strasbourg. 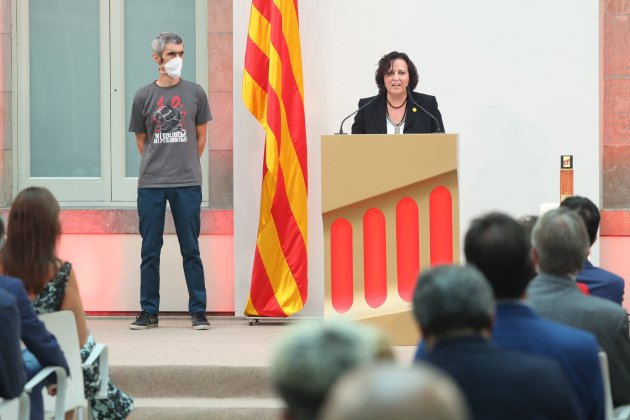 Jandi, another person facing retaliation who attended the event, explained in statements to ElNacional.cat that although he is grateful for the gesture by Borràs and the Parliamentary Bureau, he cannot help receiving the medal with a "bittersweet" sensation due to the accusations laid by the Catalan government. In this regard, he asked the chamber to legislate to "make more difficult" the persecution from the Mossos police, and to enable the charges to be dropped.

In an explanatory commentary, journalist Vicent Partal reviewed the trajectory of the Spanish state's repression during the years of the independence process. Partal also gave voice to a disappointment which "many people" have with the political class, and warned that the general case against the movement will continue until Catalonia becomes independent.

Main image: The speaker of the Catalan parliament, Laura Borràs, presents the Medal of Honour to those whoo facing persecution for taking part in the independence process / Photo: Sergi Alcàzar