Borrell's nightmare continues: heavy criticism from half of the European chamber

European parliamentarians from three major groups in the chamber have criticized the EU's High Representative for Foreign Policy, Josep Borrell, for his visit to Russia last week. "He fell into a trap," lamented Renew Europe (Liberals) group leader Dacian Ciolos on Tuesday after Borrell's appearance in the European Parliament following the trip.

Michel Gahaler, of Germany's UDC (European People's Party), warned Borrell that he generated "outrage" among the colleagues of the EPP representative. "He should have refuted Russian foreign minister Sergei Lavrov's comments on Latvia, Cuba and Catalonia," he said, referring to the press conference exchange when Borrell's call for the release of jailed Russian opposition leader Alexei Navalni prompted Lavrov to counter that the EU had its own internal human rights issues.

The MEP for Poland's Law and Justice party Anna Fotyga also rebuked Borrell for going to Moscow "against the advice" of Eastern countries. "With the trip he has strengthened the Russian regime in its parliamentary election race," she warned. 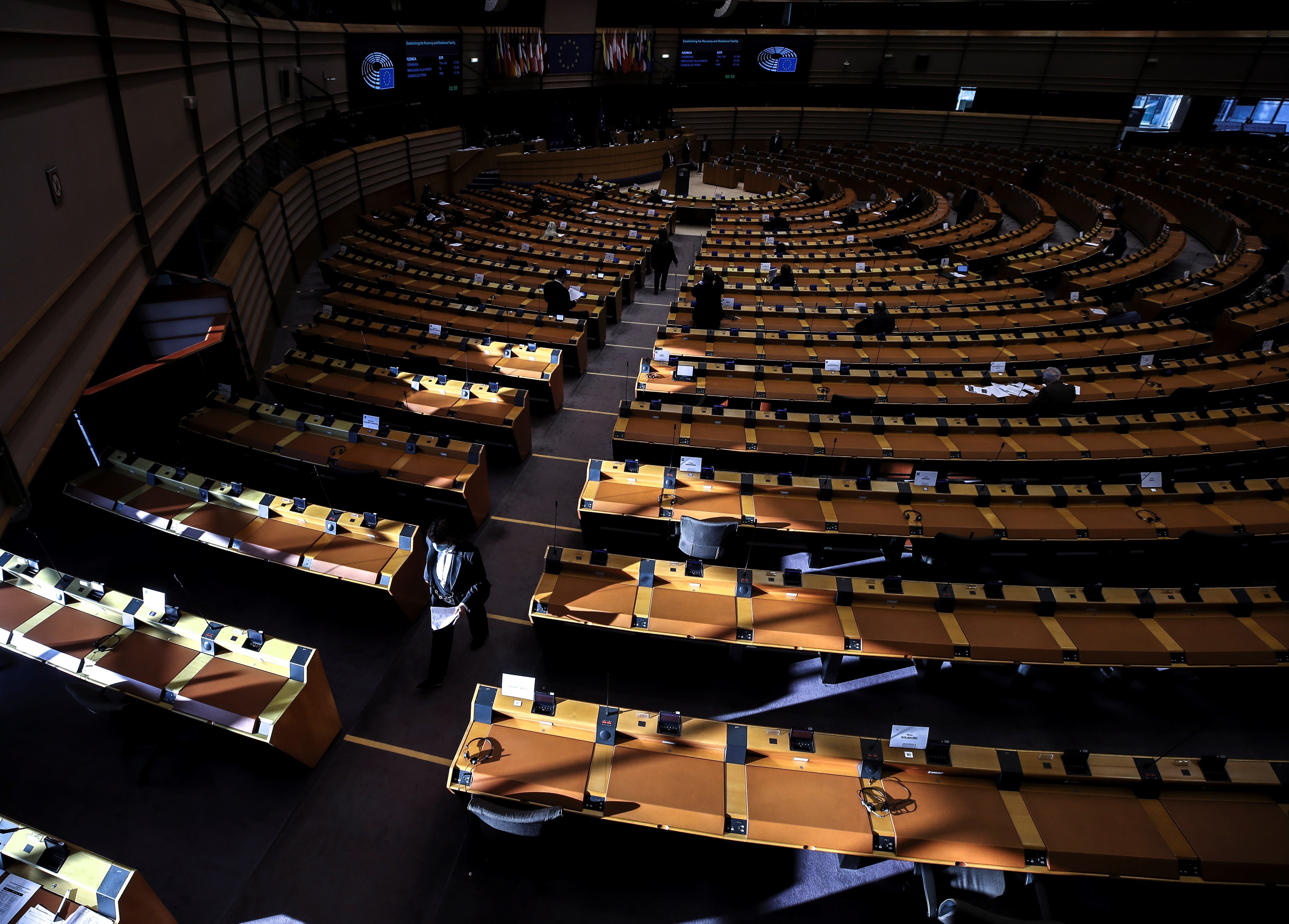 The European groups of these three spokespeople represent 347 MEPs, that is, almost half of the entire parliamentary spectrum. In his speech at the start of the debate, Borrell defended the trip and warned that the Kremlin was trying to "divide" the EU. He also opened the door to imposing more sanctions on Russia and called on the states of the European Union to act with unity. The fact is, however, that Europe has been left in a very weak position with regard to Vladimir Putin's regime and it seems impossible, for now, for the EU to be able to prevent Navalni from serving the prison sentence he already has or avoid other charges he still faces.

By contrast, Socialist MEP Kati Piri didn't blame Borrell, but rather the Europe's member states for the lack of a "strong" position towards Russia, pointing a finger especially at Paris and Berlin. Greens/ALE representative Sergei Lagodinsky also accused the French and German governments for the absence of "sanctions" against Moscow in the Navalni case.

Puigdemont and 50 other MEPs call for Borrell's resignation

Catalan MEP Carles Puigdemont (JxCat) was even more forthright, asking Borrell to resign. “You can’t go around the world recommending recipes that it doesn’t apply to itself,” he said. The president in exile said that the existence of political prisoners damages the EU's "credibility" as a defender of freedom. "Yes, Mr Borrell, you should have corrected foreign minister Lavrov. You should have told him that Spain does not have three political prisoners, but in fact it has nine," he said.

We have warned that the double standard applied by the EU undermines its global credibility as a defender of freedoms. There are now humiliaiting consequences for all. Spain has 9 political prisoners sentenced from 9 to 13 years in prison for organizing a referendum. #BorrellExit pic.twitter.com/kYKmQyHUrU

Along with Puigdemont, some 50 other MEPs have demanded Borrell's head, for causing "serious damage to the EU's reputation" with his sheepish reaction to Lavrov's assertions at the press conference and the expulsion of three European diplomats. They also accused the foreign policy chief of going to Moscow on his "own initiative" and called the trip "humiliating". The letter has won the support, in particular, of ultra-conservative Polish MEPs and representatives from the eastern and Baltic countries. Vox MEP Herman Tertsch also signed the letter.

In addition, several voices from foreign ministries in Germany, the countries of Eastern Europe and Brussels itself have called for the resignation of the Spanish commissioner, as Munich's Süddeutsche newspaper reported last Sunday.

In an awkward press conference for Borrell, Russian foreign minister Lavrov accused the EU of acting "arrogantly" and in a "rude" manner in the face of the prison sentence given to Alexei Navalni. In addition, he drew a parallel between the Russian case and that of the Catalan pro-independence prisoners​.

Shortly after the meeting, Russia announced the expulsion of three European diplomats for allegedly participating in demonstrations in protest at Navalni's imprisonment, a fact that Brussels has so far denied.