Victims of 2017 Rambla terrorist attack "abandoned", with only 22% compensated

Exactly four years after the event, only 22% of the victims of the August 17th, 2017, terrorist attacks on Barcelona and Cambrils are known to have received compensation. This remarkably low percentage has been revealed by the medical and legal professionals in the group UAVAT (Unit for Attention and Assessment of Those Affected by Terrorism), which denounces that of the 345 people recognized as victims in the sentence of this year's trial, there is no information on whether or not 248 of these have been compensated. A fact which, the groups asserts, shows how the victims have been "forgotten" by the public administrations, effectively meaning that they have been "made victims a second time".

The president of the UAVAT group, Sara Bosch, states that this is "fundamental negligence" and accuses the competent administration of abandoning the victims of the two Islamist attacks. In this case, it is Spain's interior ministry that is required to compensate them. 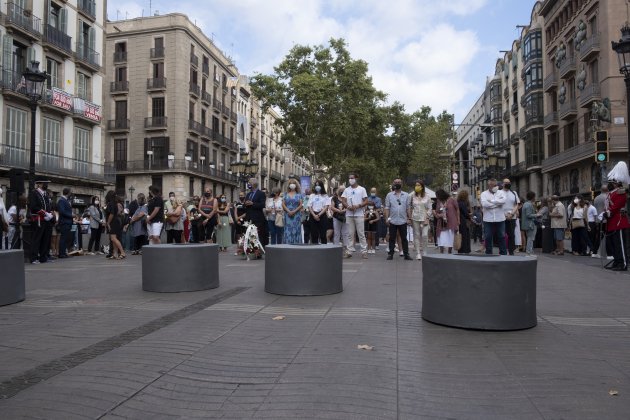 Victims and relatives of those who died in 2017 terror attacks, in the front row of today's commemoration, at the Pla de l'Os on Barcelona's Rambla / Carlos Baglietto

With today marking the fourth anniversary of the attacks in which a total of 16 innocent people died in a van attack on Barcelona's Rambla and another rampage in the town of Cambrils, the UAVAT has published some of the data extracted from the court ruling: the sentence document recognizes a total of 345 people affected, of whom 60% have Spanish nationality, while the rest are of foreign origin.

As explained by UAVAT, 90% of the people who are listed in the sentence were injured, and 5% died, with the remainder being relatives of these. The document states that 31% suffer long-term physical effects, and 44% have psychological effects. According to the group, a significant number of victims in both these categories have not received any kind of compensation.

One of the underlying problems is that the situation of the 248 people, listed in the court document as victims, is unknown, as there is no information detailing whether they have been compensated or not. Therefore, UAVAT officials have urged the Interior Ministry to enable these victims to be located "with their full contact details", in order to inform them of their rights, so that, once the sentence is final, they can as soon as possible be recognized as victims of terrorism.

It is not just a matter of receiving compensation, the UAVAT group underlines, but also to let the victims know that the administration can support them. Beyond the financial help for physical or psychological damage suffered in the attacks, they are legally entitles to a range of other measures, such as psychological care or school or employment subsidies.

"This is not a list of names, it's a list of people. It shocks me, it infuriates me. How is it possible?" asked Sara Bosch, who lamented the "eternal song" of the politicians, who always claim to be "standing beside the victims" but which is later shown to be "not true", as she believes has happened with the Barcelona and Cambrils attacks. 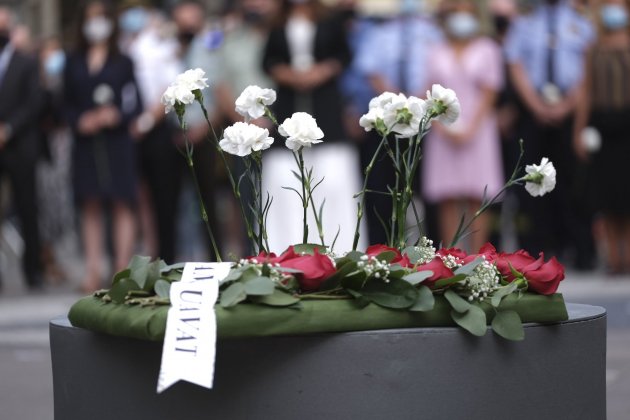 An office to attend to victims

On the request that they have made to the Catalan government to set up an office to attend to the needs of victims of terrorism, UAVAT officials say that the administration has always responded that "they are right, but that it is not easy". For this reason, they consider that their entity, which functions based on subsidies from the Catalan government, is nothing but an "embryo" until this public office is created.

Below, family members and public authorities participating in the commemoration of the Rambla terrorist attack in Barcelona. / Photos: Carlos Baglietto 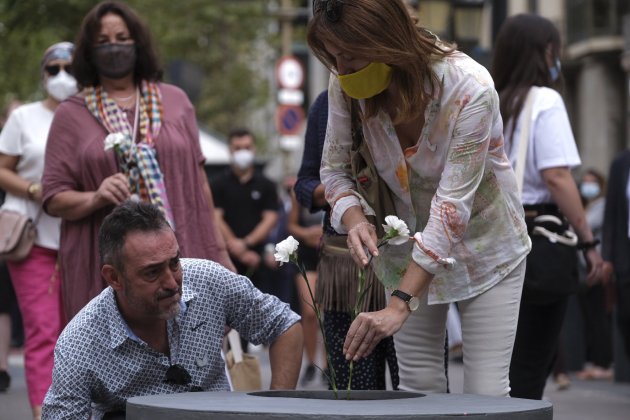 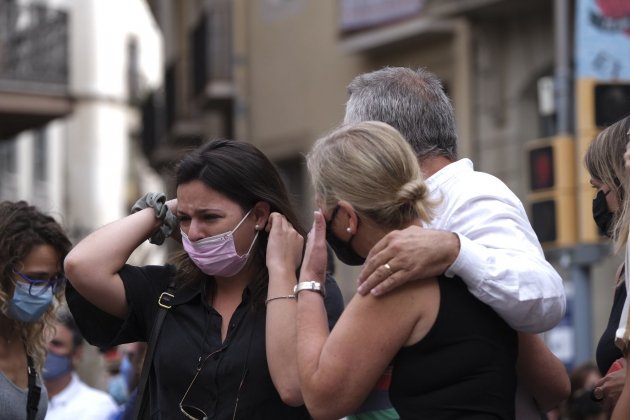 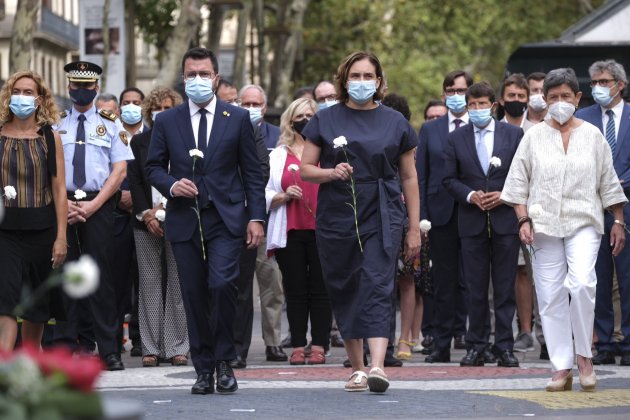 In the main image, a rose in memory of the victims of the attack on the Miró mural, on the Rambla / Sergi Alcàzar