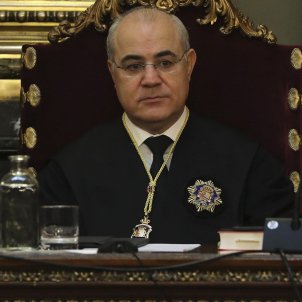 Spanish Supreme Court judge Pablo Llarena has issued a ruling rejecting Catalan president Carles Puigdemont's extradition to Spain. The higher regional court of Schleswig-Holstein in Germany had agreed to extradite him on the charge of misuse of public funds alone, rejecting the accusation of rebellion, meaning he couldn't face trial on that count in Spain.

At the same time he has withdrawn the other arrest warrants against exiled Catalan politicians Toni Comín, Lluís Puig, Meritxell Serret, Clara Ponsatí and Marta Rovira. The first three had their extraditions rejected by a Belgian court in May, the judges alleging errors in the warrants; Ponsatí had a hearing scheduled in Edinburgh at the end of this month; little has emerged about the proceedings against Rovira in Switzerland. The judge maintains for the moment, however, the charges against the pro-independence leaders in pretrial detention in Spain.

Llarena emphasises "the lack of commitment" of the German court over events which could have broken Spain's constitutional order. He deems them to have preempted the trial, without abiding by the precepts of either the framework decision on the European Arrest Warrant (EAW), or the jurisprudence of the Court of Justice of the European Union, or the manual on the EAW drafted by the European Commission.

For the Spanish judge, the German court "should have limited itself to confirming whether the facts described by the Spanish legal system are contemplated in Germany's penal legislation, and if (...) the suspected events had been carried out in [Germany], a criminal investigation similar to the one being pursued here would be undertaken".

He continues: "In this sense, it doesn't comply with the framework decision for the processing of the arrest warrant to be denied with respect to some principle facts of rebellion or sedition (limiting the exercising of Spanish law to pursuing the crime of misuse of public funds), based on an analysis in which the legal authorities of the requested state do not carry out an abstract deliberation of the prediction of the classification of the suspected offences, rather they address the definitive judgement of the subsumption of the facts in criminal offences".

He accuses his German colleagues of working "from a closed conclusion of how events developed or what the intentions were which could have guided the participants. By acting in this way, the German court has preempted the trial, which isn't consistent with the progressive crystallisation of the allegation, and done so from an incorrect position".

According to Llarena's ruling, the Schleswig-Holstein court goes as far as evaluating certain points, as background, of Carles Puigdemont's statement. Its evaluation of the facts means, for the Spanish judge, "conferring a definitive evidentiary value to his version, although the statement cannot be compared with the other sources of evidence collected during an extensive investigation which the court of the requested state is unaware of, and without these statements being able to be submitted to comparison with accusations which are deprived of the possibility of being included in the delivery file".

Llarena highlights that the German court reports that it doesn't see in the facts some of the requirements identified by its own legal system, "but doesn't report that it hasn't call for this investigating judge to illustrate those ends of the investigation which could reflect that these factors are present, and that despite this court (in its report of 26th April 2018) telling the Schleswig-Holstein court that the narrative [of the events the EAW is based on] only contains the facts which are of interest for the trial in Spain".

He says that the German court "cannot legally nor materially present an opinion on the incriminatory strength of evidence which isn't at its disposal, nor can it carry out a definitive judgement of the subsumption of the events charged in different categorisations".

Llarena says that these circumstances "not only short-circuit the effectiveness of the international cooperation tool we've promoted, but also improperly damage the circumstantial appreciation of liability which the investigation and a firm indictment describe".

The other arrest warrants

The judge also refers to the Belgian refusal to extradite three members of Puigdemont's former cabinet charged in the same case, Toni Comín, Lluís Puig and Meritxell Serret. The Brussels court had said that there needed to be a corresponding Spanish arrest warrant behind the European Arrest Warrant and that, as there wasn't, it was invalid.

He says this "openly disagrees with the indication of sufficiency we communicated to the requested state, scorning the knowledge each court has of its own law, as well as distrusting its clarifications. The formal objections expressed in the Belgian resolution are thus showed to be unacceptable".

Attacks against the German court

Llarena doesn't skimp on criticisms of the German court and its decision. He says that when there are doubts in the interpretation of an EU law, in this case the application of the European Arrest Warrant, in a matter pending before a court whose decisions cannot be appealed due to the country's internal law, the court has to ask the European court for a preliminary ruling. By doing so, they would have obtained an clarifying interpretation of the law, guaranteeing it be applied uniformly around the EU.

He says that among other reasons, a preliminary ruling was needed because there existed doubts of interpretation which had to be present for the German court, because Schleswig-Holstein prosecutors applied for his extradition on all charges, not just misuse of funds, and because of the complementary information Llarena provided in defence of his position. He also says there was no direct European case law on the concept of "double incrimination" in the European Arrest Warrant legislation and that the court's indirect case law contradicted the German court's position. 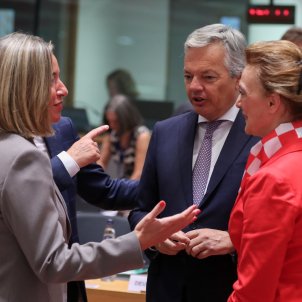 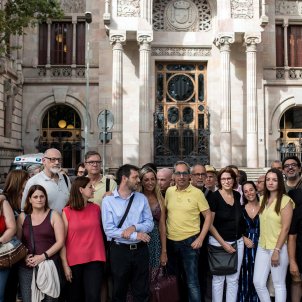 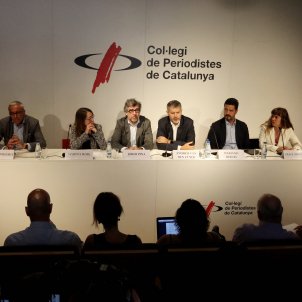 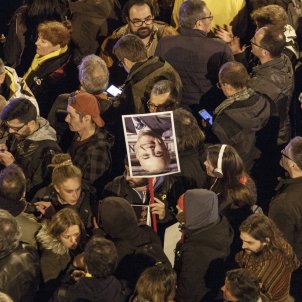