'Omplim Edinburgh': The campaign to support Ponsatí during her extradition hearing 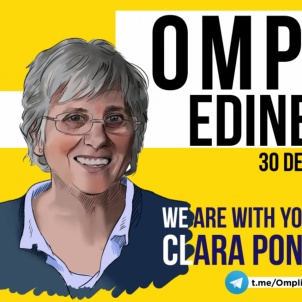 ANC Escòcia is preparing a campaign of rallies to support Catalan minister in exile Clara Ponsatí during her extradition hearing due to start on 30th July. The pro-independence organisation has organised two main events, as well as a campaign to fill Edinburgh with Catalan Ponsatí supporters.

On the night of 29th July, a large mosaic of candles will be set up, in front of Saint Giles Cathedral. In total, 3000 candles are to be used, set up by volunteers. Everyone is free to take part. Together they will form a loop (a yellow loop being the symbol of support for the Catalan prisoners and exiles) and a Saltire (the Scottish flag).

Then, on 30th July itself, a rally in support of Ponsatí will start at 9:30am in front of the Sheriff Court where her hearing is to be held. The gathering is being organised together with the Catalan Defence Committee Edinburgh.

A range of activities are to take place during the rally, including speeches by various figures of political or social standing from both Scotland and Catalonia, like Chris Bambery, spokesperson for the UK Parliament's APPG on Catalonia, and Elisenda Paluzie, president of the ANC. There will also be musical performances. Artists including Gerry Mulvenna, who has written various songs about Catalonia and its situation, are scheduled to take part.

At the same time, a social media campaign has been set up to help Catalans travel to Scotland to take part in the events. There's a Facebook page “Omplim Edinburgh – Let’s Fill Edinburgh” where Scots are offering free accommodation to Catalans who want to travel to the city and also a Telegram channel, @OmplimEdinburgh, for updates on anything related to the events. 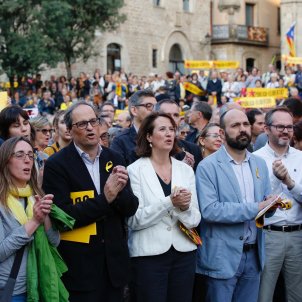