Unease in Scotland over Spanish embassy's monitoring of Nicola Sturgeon

The monitoring of the Scottish prime minister, Nicola Sturgeon, by the Spanish embassy to the UK, revealed by El Nacional, has caused surprise in Scotland. Scottish newspaper The National has reported the details in an article entitled Revealed: Spain's secret dossier on Nicola Sturgeon's speech.

The report starts: "Further evidence has emerged that Spain spied on Nicola Sturgeon amid embassy officials’ concern over the relationship between Scotland and Catalonia." It then goes into details of the diplomatic cable which showed embassy officials followed last year's SNP conference very closely. 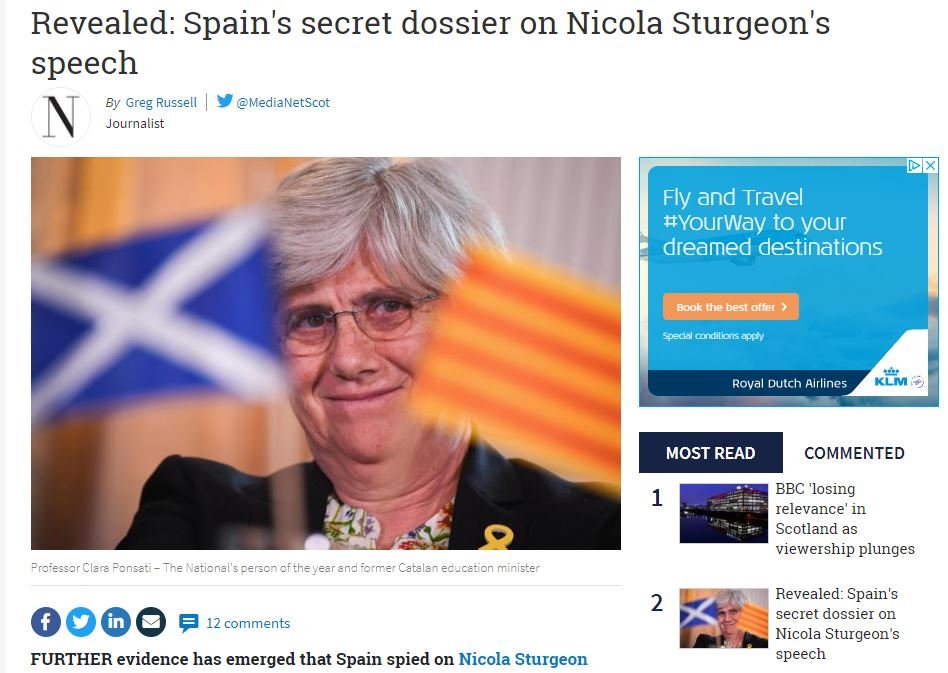 They note that the cable was released as part of documents submitted to a court as part of a foreign ministry attempt to have the Catalan delegations in London, Berlin and Geneva closed, an attempt that was unsuccessful.

The National also points out that: "the cable did not mention that Aragones had discussions with the SNP leader, and said their administrations intended to consider how they could cooperate on economic, cultural and social policies". 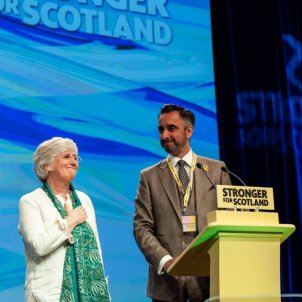 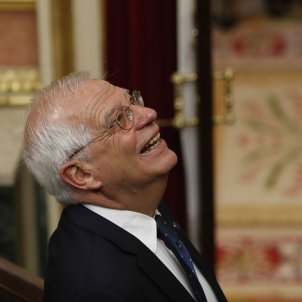 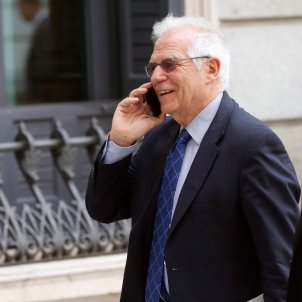