Hasél: "The imprisoned independence supporters have confronted the regime, like I have"

Pablo Rivadulla (Lleida, 1988), better known as Pablo Hasél, is a Catalan rapper. Last week, he testified (link in Catalan) before Spain's National Audience court, accused of glorifying terrorism and slandering the Crown and other institutions for various tweets and a song criticising the king. Following a previous conviction for glorifying terrorism, he's facing seven years in prison. He defines himself as a communist and defends all fighting means as legitimate "if facing armed oppression". He says that, despite the convictions, he won't stop "saying things as they are".

You're accused of glorifying terrorism and slandering the Crown and institutions of the state. Do you see reasons for these charges?

No, to accuse you of slander, you have to have invented something. The things I say are objective facts which have been amply proved, which have appeared in various media outlets, there is evidence, videos and photographs. As for glorifying terrorism, I'm charged with it for saying that the political prisoners are examples of resistance. This is also an objective fact, because the conditions they're facing in prison are very tough and the fact they're tolerating them turns them into examples of resistance, independently of whether or not you're in favour of their actions. For denouncing that and saying that prisons are extermination centres they're also calling for prison for me. In short, for explaining objective facts.

Only the fascists and their collaborators have freedom of expression

Had you ever thought that, in the future, your songs could take you to prison?

Yes, but I don't plan to renounce fighting for ideas which I believe are just nor denouncing a series of objective facts. If the price to pay is to go to prison, then unfortunately I'll have to pay it. And if what they're looking for with that is to silence me, they'll achieve exactly the opposite because many more people will find out what I denounce in my songs.

From the world of politics, it seems Gabriel Rufián has defended you more than Pablo Iglesias, who described you as a "childish caricature".

Obviously, because there are pro-independence politicians who have been imprisoned by the same regime that wants to imprison me for opinion crimes. They've confronted the regime's legality, like I have, and the state has retaliated against them for fighting for the Catalan republic, which I'm also fighting for. On the other hand, Pablo Iglesias is a pillar of the regime and has also criminalised other victims of retaliation. Just like Alberto Garzón, who said that "Puigdemont and his people cannot get away scot-free".

On the one hand, there are pro-independence politicians who have suffered retaliation like us. On the other, there are Iglesias and Garzón who, when they go to the royal Zarzuela palace, are received by the king with all kinds of friendliness.

The song for which Hasél is accused of slandering the Crown.

During the trial, you said that if you had wished "bombs on the Catalans" you wouldn't be there. Is there a double standard in Spain for the limits of freedom of expression depending on who is the speaker and their target?

Yes, because the farce of the transition kept life-long Francoists in power and impunity. We're still oppressed by the same people, so it's logical that they only pursue anti-fascists and not their own people. It cannot surprise us that it is this way. The same government which gives homage to the División Azul, which fought with the Nazis, or which dedicates streets to fascists. Only the fascists and their collaborators have freedom of expression.

Has you being Catalan had an influence?

No, because I've recently joined the fight for the Catalan republic. When I was arrested in 2011 and they searched my house, I wasn't yet fighting for it. It wasn't a priority of mine at that time. I don't believe it's had an influence on my case, but on others it clearly has.

Is it now a priority?

Yes, I've taken part in numerous fights for the republic, I defended the referendum, now I support and take part in the CDR (Committee for the Defence of the Republic). I believe that the Catalan republic would be a good opportunity to win numerous rights and freedoms which the Spanish state denies us.

In the middle of the controversy over if and how Catalan independence is possible, you've been accused of glorifying groups like Terra Lliure. Do you believe in the means used by that organisation?

Yes, I believe they're legitimate. Nonetheless, when I say that ANC and Òmnium aren't combative enough, I'm certainly not saying that they should take up arms. Peaceful resistence can be active or passive and many things can be carried out within that framework. During the 8th November strike, the most combative, there were road closures, stations were occupied, etc. That is peaceful resistence, but it's more combative than going out to bang a saucepan.

Back to the question, I believe that all means of fighting are legitimate facing armed oppression. As the state doesn't give up on oppressing us with the force of the police and the army, I will never condemn self-defence. Another question is that whether or not it's suitable to use it depends on the moment.

All means of fighting are legitimate in the face of armed oppression. I will never condemn self-defence

Many of the tweets you've been accused over were critical of police violence against the population. On 1st October, we had a good example in Catalonia. What is your opinion of those events?

The 1st October end up with more than a thousand people injured, a man from near my neighbourhood of Lleida almost killed and another with an eye mutilated. In the face of all this violence, I will never condemn and I will always argue that there is self-defence and an answer. One thing is to be peaceful and another is to be stupid. I want to leave in peace, but that doesn't mean letting them beat you up and that they can kill you with batons or mutilate your eye.

In 2015, the Audience issued five times more sentences about glorifying terrorism than in 2011.

No, it's been that way since 1939 when the Francoist coup won. Now it's more widespread, because there are more people standing up to them. The Indignados [akin to the "Occupy" movement] marked a before and an after. There are ever more people who are becoming aware that this isn't a democracy and who are mobilising for the rights they violently pillage from us. They're scared and trying to stop it with fear of repression. But, political prisoners, there have been since the fascists won the civil war.

And in Catalonia specifically?

In Catalonia, if the repression has been as it has been, it's because the people mobilised to defend the referendum. The movement has been as peaceful as possible, we've even let them attack us. Nonetheless, they've carried out a brutal repression. Unfortunately, it's been demonstrated that, however completely peacefully you do things, you receive brutality.

If the price of fighting for certain ideas is prison, I'll have to pay it

Who then is responsible for this repression, if it dates back so far?

Very often, we make the error of saying the PP is the only guilty party, but the PSOE government perhaps saw even more brutality with the GAL groups and the repression of democratic movements. The root of the problem is the regime, sustained by many parties, "manipulative media", judges, prosecutors and repressive bodies. The regime isn't only the PP, as has been seen in the case of Catalonia. PSOE and Cs have also joined their bloc to support the brutality and the repression. Podemos isn't completely within the bloc, but it's more with them than with the pro-independence side.

How is this stopped?

It can only be solved with a revolution. Hopefully I'm wrong, but I don't believe that we Catalans have the necessary strength to conquer the republic, like the Basques didn't have [the necessary strength] -although that was a smaller movement but more combative. The solution would be a revolution of all the peoples of the state. We have to breach the regime's laws because it will be the only solution. Whilst we have this regime, the repression will keep growing. 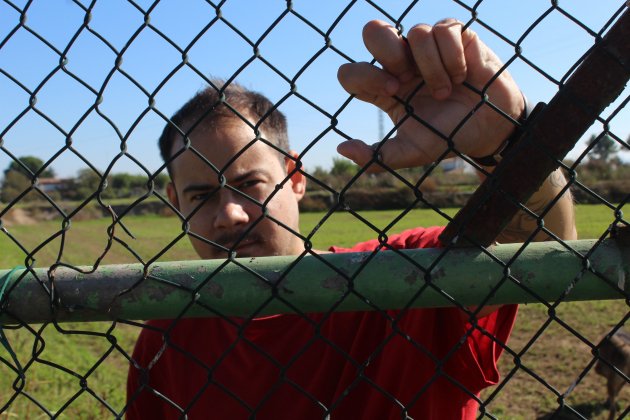 In the short term, we'll have to give stronger answers. When they imprisoned the 'Jorsis', that was a test of the people and an inflection point. If we had given a more forceful reply, they would have thought twice about repressing the members of the government, a town councillor with a clown nose or a mechanic. When we went out with candles and hitting saucepans, I imagine the ministers and the CNI [Spain's intelligence service] busting a gut laughing.

In your songs, you talk about killing PP and PSOE leaders or bombing Spanish public TV. You set your statements within the framework of freedom of expression. Do you believe that there are limits to that or does it accept absolutely everything?

The National Audience has a clearly repressive role

You've said that you would also consider yourself a political prisoner. Is that true?

What do you hope of the National Audience sentence over your case?

The sentence will come out in approximately a month. I believe that acquittal is almost impossible because the National Audience has a clearly repressive role. The sentence doesn't depend on whether you have a good defence or not. I believe that I will be sentenced as the Spanish state's revenge, because when they sentenced me two years ago, I didn't back down. After that, they opened three cases in one against me which could reach up to five years in prison. I'm to prepare myself that within a few weeks or a few months, however hard it is, I will be locked in prison..

Do you plan to continue making songs?

From prison, I will write articles, I will write poems and, whilst I'm not there, I'll continue making songs. I'll never give up this message. Maybe there will come a day when I have to go into exile or who knows what, but I don't plan to give up my songs or tweets.