The 'countrywide standstill' blocks the border and trains to Madrid

The 'countrywide standstill' called by pro-independence organisations ANC (Catalan National Assembly) and Òmnium Cultural and the CDRs (Committees for the Defence of the Republic) has managed to keep the Franco-Spanish border at la Jonquera closed during the whole day, and has blocked AVE long-distance trains in both Barcelona and Girona. The high-speed rail connection between the Catalan capital and Madrid was stopped for a large part of the day. This is the first time in decades that a strike in Catalonia has been managed politically by the Spanish government, with its control over the Mossos d'Esquadra, but also through its own National Police.

The protest, motivated by the imprisonment of members of the Catalan government and the presidents of ANC and Òmnium, saw a large mobilisation of the public, who gathered in plaça Sant Jaume in Barcelona at midday, in almost all the county capitals this evening, and again in Barcelona in the plaça de la Catedral. Thousands of people took part, spread all around Catalonia. 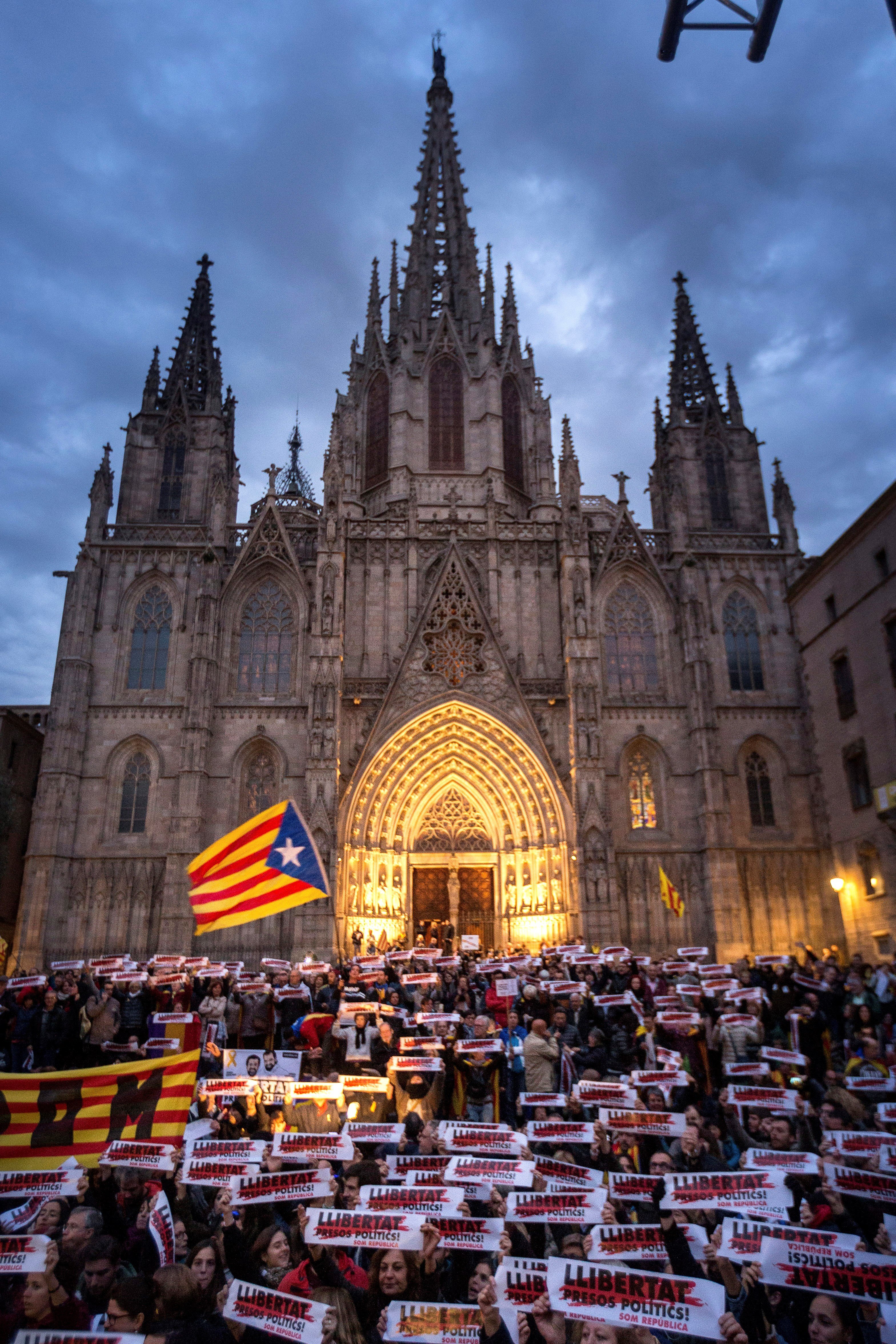 The standstill was a combination of closing off infrastructure and demonstration which stopped Catalonia still for many hours, especially at the borders. To the south, traffic in Ampolla was stopped for a good part of the day, as also happened on the main road between la Seu d'Urgell and Andorra, and at the border pass to France at Puigcerdà. It wasn't a labour strike centred on factories, rather on infrastructure, with an unprecedented political impact. Numerous international media outlets have followed the protest, and news agency Reuters broadcast the action at Barcelona's key Sants station live online all afternoon.

At the maximum, 76 stretches of road were affected during the day, according to the Catalan Transport Service. Among the routes affected were the AP-7, at different points including Figueres, Borrassà and l'Ampolla. Other routes shut were the N-340 at Amposta and l'Aldea, the C-59 at Caldes de Montbui, the N-145 at la Seu d'Urgell, the N-152 at Puigcerdà and the A-22 at Almacelles. 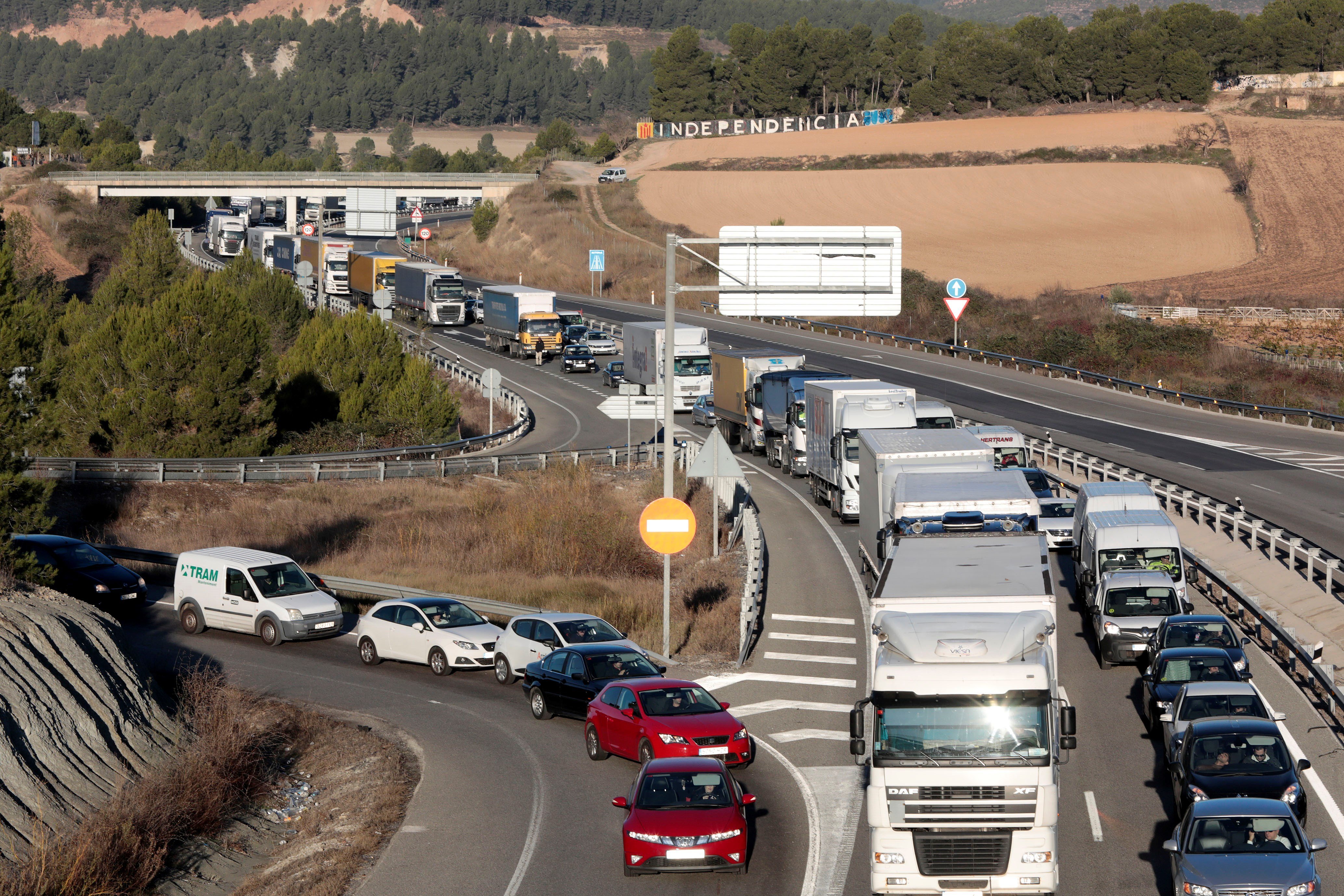 The first large occupation was at the AVE station in Girona, where hundreds of demonstrators entered, breaking through the security cordon. The invasion of the tracks started before 9am, with participation growing through the day, leading to over 12 hours of interruption to the high-speed rail service, both towards France and the other direction, towards Barcelona.

Another significant action was at Borrassà, where the important international road connection with the Franco-Spanish border was closed all day. The standstill started early in the morning and lorry tailbacks starting building up immediately. CDR members from the neighbouring counties headed there during the day as reinforcements, totalling hundreds of people.

At around 8pm, the Spanish government tried to end the protest by deploying dozens of vans of the Mossos d'Esquadra (Catalan police) and the Spanish National Police, and the organisers decided to end the protest. The frontier had already been closed, however, for over twelve hours. Authorities over the border in France had recommended not travelling to Spain. 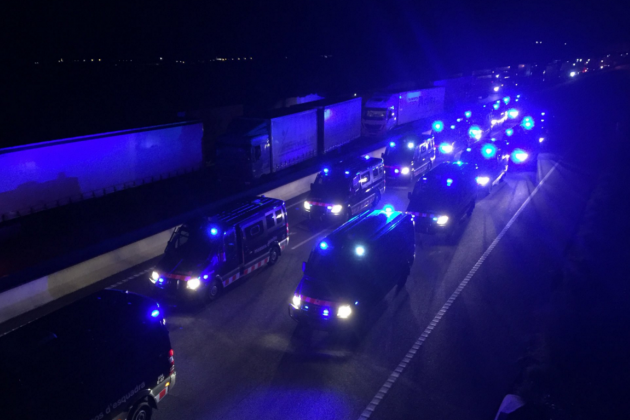 The road between la Seu d'Urgell and Andorra, also officially international, was shut during almost the whole day, with a few negotiated exceptions. This led to vehicles having to enter the principality in the Pyrenees via the unpaved Anserall road. Some 800 people took part in the protest.