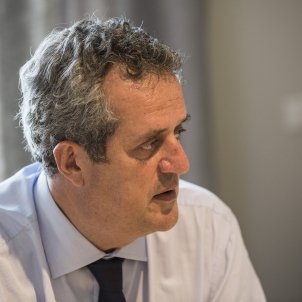 Catalan Interior minister, Joaquim Forn, held without bail in Estremera prison near Madrid since 2nd November last year, has informed PDeCAT party leadership that he plans to resign his seat in the Catalan Parliament to help his defense strategy and help him leave prison, El Nacional has learnt.

Forn is one of two members of the Catalan government dismissed by the Spanish prime minister, Mariano Rajoy, with article 155 of the Constitution who remains in prison, alongside vice-president and fellow deputy-elect Oriol Junqueras. Five other members of the government, including the president, all also deputies in the new Parliament, are in exile in Brussels. They are charged with misuse of public funds, sedition and rebellion after the declaration of independence on 27th October last year and the events leading up to it.

Forn's decision aims to help him earn release on bail. Forn was elected a deputy as number 7 on Junts per Catalunya's list of candidates for Barcelona on 21st December.

Prosecutors at the Supreme Court have this Tuesday presented filings opposing the petitions for release from Forn and former Catalan National Assembly president and fellow JuntsxCat deputy-elect Jordi Sànchez. They argue that the remain of reoffending remains.

Forn, like Sànchez, petitioned for release last Friday after distancing himself from the unilateral path to independence in testimony to Supreme Court judge Pablo Llarena. Moreover, he denied having put the Mossos d'Esquadra (Catalan police) at the service of the pro-independence movement. It's hoped that Llarena will decide this Friday whether or not to release them.

By giving up his seat, Forn hopes to strengthen his opportunities to be able to go free. His decision follows Meritxell Borràs, Governance minister, declining to continue in politics after being released on bail, and hence not standing in the election. Carles Mundó, Justice minister, meanwhile, gave up his seat earlier this month.

On the other hand, the ministers of Presidency, Jordi Turull, and Territory, Josep Rull, both of JuntsxCat, and Work, Dolors Bassa (ERC), have assumed their seats, if they have expressed a wish to not be part of the new cabinet. Also to have taken up her seat in the Parliament was Carme Forcadell, although she turned down remaining as the chamber's speaker. 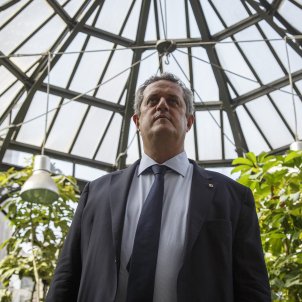 Editorial Why do they have to remain in prison? José Antich 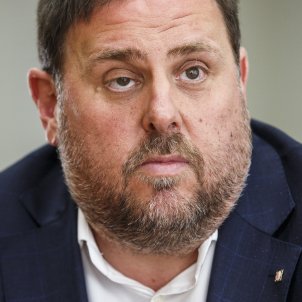