Spanish judge leaves Junqueras, Forn and the Jordis in prison over Christmas 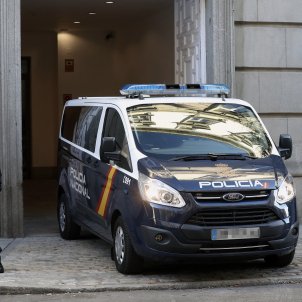 All three had asked for such hearings in the appeals they presented shortly after the judge decided to not lift the measure of preventive detention, despite releasing 6 of the ministers on bail. Vice-president Oriol Junqueras, on the other hand, didn't explicitly request a new opportunity to testify in his appeal. He will only appear before the judge once a decision has been taken on his appeal to leave prison to take part in the election campaign and, depending on the result, be invested president.

Forn presented his appeal the day after his colleagues were released, 5th December. The Interior minister wanted to testify again and called for the "greatest swiftness possible". He says he has the "firm wish to respond" to the judge and the public prosecutors, as well as to "give a complete explanation of everything attributed to him in the lawsuit", according to the appeal. On Friday 30th November, Form only discussed his personal situation to argue for his release from prison. Now he wants to speak about the events themselves and defend himself against the charges of rebellion, sedition and misuse of public funds.

In his appearance at the Supreme Court, the judge warned the defence council that the appearance was only to "resolve over his personal situation and not not to enter into detail about the facts that are the subject of the lawsuit". "This was to such an extent", adds Forn's lawyer, "that the instructing judge didn't allow the defence for the others under investigation to intervene in the mentioned hearing (they couldn't even enter), because he believes it wasn't a full declaration, but a mere appearance related to his personal situation". As such, Forn now wants to appear again to declare on the facts of the case, as he did on 2nd November when he appeared before the National Audience court.

Jordi Sànchez, who is second on president Puigdemont's Junts per Catalunya electoral list for the 21st December election, and Jordi Cuixart, president of pro-independence organisation Òmnium Cultural, also asked in their appeals last week to be allowed another chance to testify and explain their arguments to leave prison. They have been held on remand since 16th October.

All three have now been summonsed to appear on Thursday 11th January at 9:30am. The same protocol as the 30th November will have to be followed of taking them first to the cells of the National Audience court, and then to the Supreme Court. 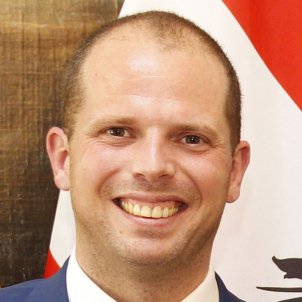