Isn't it time by now for a pro-independence accord?

As all the examples that could be given would not fit in an editorial of standard length, I will limit myself to quoting three incidents that have taken place in the last six days: on Wednesday, as part of the so-called Operation Volhov, Xavier Vendrell, David Madí and Oriol Soler were arrested, along with about twenty pro-independence activists or sympathizers, on seemingly unrelated accusations. The information that we know does not justify the arrests or the police spectacle which was mounted, unless the aim is, as some of those arrested have asserted, to gather data from computers and mobile phones for further investigations as the police lacked leads to follow. The case of one of those arrested, Josep Lluís Alay, who has worked with both president Carles Puigdemont and his successor Quim Torra, and was released quickly, is an example of the suspicious nature of this operation, with his phone being retained in custody for investigation by the Civil Guard.

From Friday onwards, there was a qualitative leap as conversations began to be leaked out, or reports based on recordings, allegedly made by the Civil Guard. There are certainly some juicy ones, although it's unknown if they had a court order to obtain them because, up till now, this has not been the path that they supposedly followed. In any case, it looks like a teaser for recordings that we will be able to listen to before too long. This Monday there has been another judicial development, but although it involved other protagonists, the goal of repression of the pro-independence sphere is the same: the prosecution service is trying via a new route to revoke the open prison regime of Catalan parliamentary speaker Carme Forcadell and former government minister Dolors Bassa. And now the case will be passed from the prisons court judge to the Spanish Supreme Court. And as for the prosecution service, as Pedro Sánchez said, "we know who appoints it", and, therefore, to whom it is responsible: that is, to the parties of the Spanish government, the PSOE and Podemos.

In the days ahead there will be more examples of arbitrary detentions, violations of personal privacy and intimate details conveniently leaked through conversations that contribute nothing to the case, or we will see new repressive measures from Spain's deep state, sometimes through legal proceedings and at other times via the "state sewers", which continue to act, even if some want to believe that they don't. It is a mistake to take for granted a state of affairs in which, under the appearance of legality, fundamental rights are repeatedly violated in an ever more blatant pursuit of a general case against the independence movement.

Having reached this point, the question is how long the movement will continue to present itself before public opinion with so many splits, so much disagreement, so much enmity, so many discrepancies and so much resentment for the mere fact of being members of different pro-independence political parties. Those opposed to independence do not appear separated, nor dissenting, nor mired in enmity. They are united in their fundamental cause, which is none other than to defeat the movement at any cost, using the weapons it must and, finally, to win the government of Catalonia. To put an end to a collective illusion that started in the autumn of 2012 and that today is languishing between the coronavirus and the party divisions, no matter how many polls continue to assert, time and again, that a pro-independence majority will come out of the next elections to the Catalan Parliament. 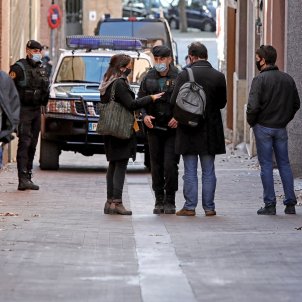 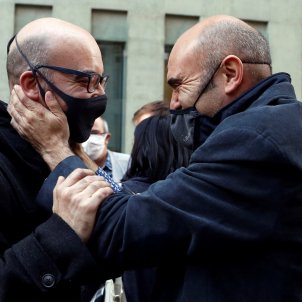 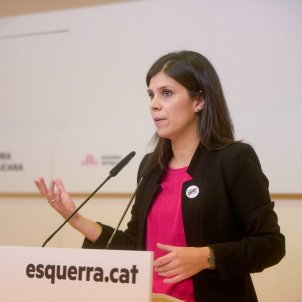