The conflict between Catalonia and Spain continues to resonate in the international press. According to the German newspaper Welt am Sonntag, the granting of pardons to the nine pro-independence prisoners will not slow down the Catalan independence movement, and moreover, the paper says that "if the EU recognizes the independence of Scotland, there will be no stopping Catalonia."

In the hands of Brussels

The article, by journalist Annette Prosinger, is entitled "You've Never Been Further Away from Diffusing It" and talks about the Pedro Sánchez government's pardons as a failed attempt to calm down the confrontation - something which could only be achieved, "perhaps", "if Catalans were given the right they have long claimed to administer their own tax revenues".

However, quoting the historian Carlos Collado Seidel, the German paper explains that, in this matter, "Brussels has the decisive word". "And if the EU came to recognize an independent Scotland, there would be no way to hold back Catalan nationalism," the text continues. 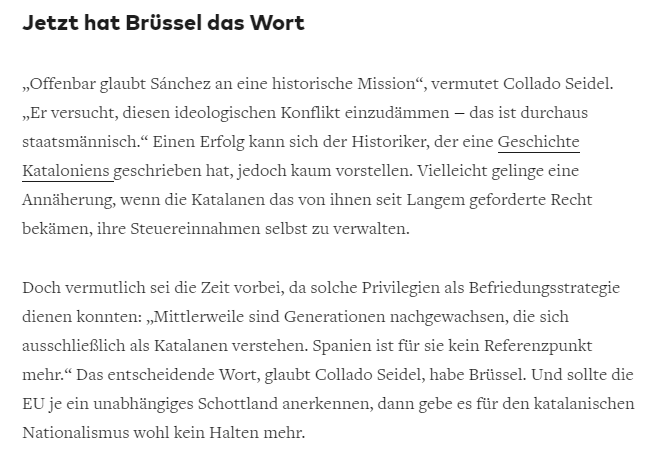 Excerpt from the article published in the newspaper Welt am Sonntag

While the head of the Spanish executive reiterates that "the right to self-determination does not exist" - a claim contradicted by Spain's adherence to the UN Charter, which was published in the official Spanish state gazette itself - Scotland has readied its bill to permit a second independence referendum.

After the electoral victory in May by the Nicola Sturgeon government, whose SNP along with the Scottish Greens - also pro-independence - won an absolute majority in the Holyrood parliament, British politics has run out of arguments to oppose a new popular consultation. 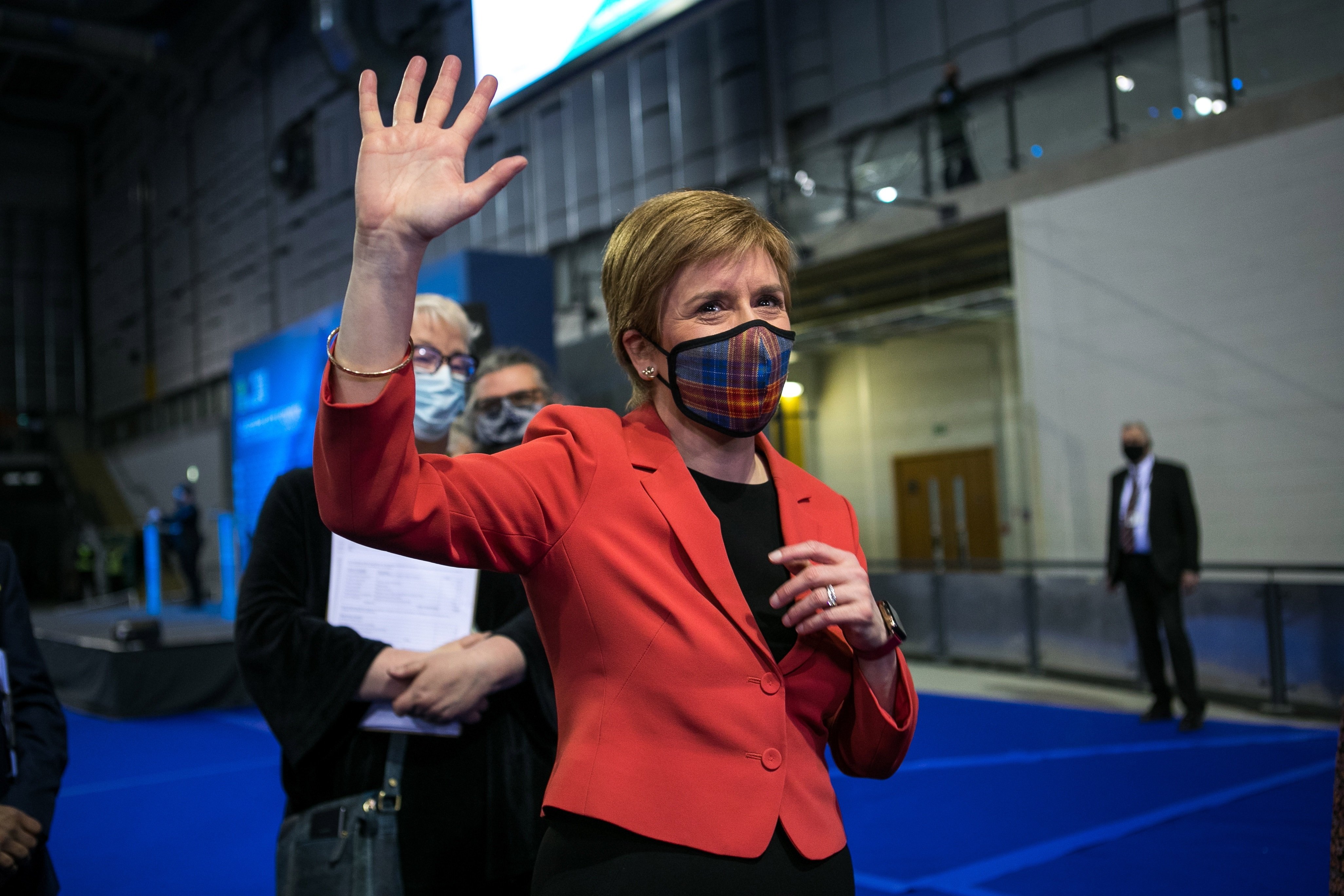 How would it affect Catalonia?

If independence triumphed and Scotland became independent, it would most likely re-enter the European Union, an option which has already found favour in the continental body.

Thus, as the German weekend paper points out, Catalonia would be facing a scenario in which the EU not only recognizes the independence of a country, but also includes it as one of its member states.

All in all, it would give a boost to the Catalan independence movement, which would compare its own aspirations with a contemporary equivalent that has not been questioned by the international community at any time. And Spain's refusal would be shown up.

And, meanwhile, the statements made by Spanish PM Pedro Sánchez last week denying the existence of the right to self-determination are still provoking responses.

The Socialist leader said on Thursday in an interview with Spanish network La Sexta that this right "does not exist" in the constitutions of other European countries which are reference for Spain. Since then, evidence has come to the fore that calls into question his statements.

On Sunday, Catalan president in exile Carles Puigdemont criticized the ignorance of Spanish nationalism. "When it becomes militant, hispanocentrism even ignores the evidence. To say that the right to self-determination does not exist is to say that the earth is flat," Puigdemont wrote in a tweet. "And it is to ignore the constitution of your neighbours, Portugal." 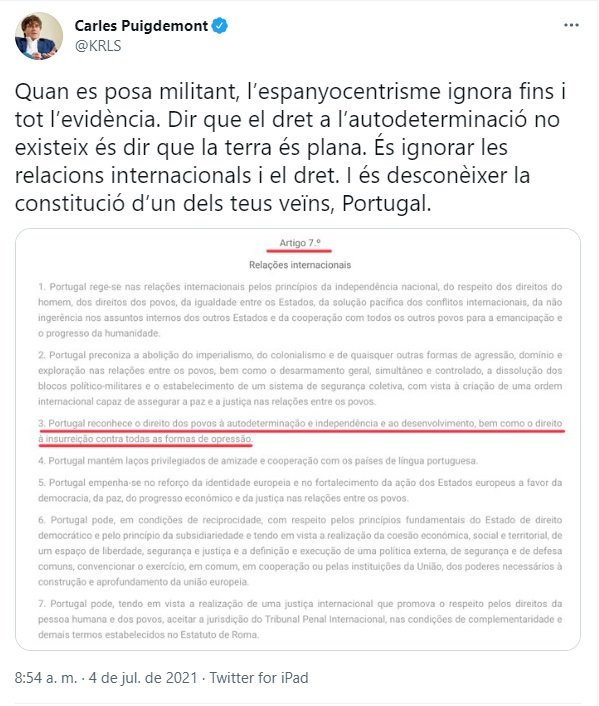