Spanish interior minister Fernando Grande-Marlaska acknowledged today that the Spanish government is ensuring the security needs of king emeritus Juan Carlos I. This, despite the fact that the former king's current whereabouts are being kept secret, and that Spanish prime minister Pedro Sànchez has even said he doesn't know where the former monarch is.

A statement to media today by interior minister Marlaska suggests that, in reality, the Spanish government is monitoring the situation closely. "No one can forget that we are talking about the person who was the head of state in Spain, so his security obviously concerns the Spanish state," said the minister in response to a reporter's question, while on a visit to Algeria. 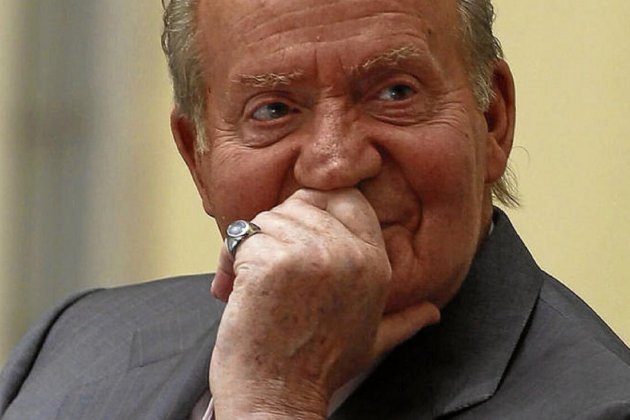 King Juan Carlos is currently in parts unknown, at least as far as the Spanish public are concerned.

No details on location of the 'emeritus'

Despite his clear admission of a government role, the interior minister did not give any details about the security operation. And, in the same line as Sánchez, the royal house, and other members of the Spanish executive, Marlaska gave no clue as to where Juan Carlos I is to be found.

Just seven days ago, the Spanish royal palace under current king Felipe VI announced that the emeritus, his father, had decided to leave the country following the publication of information linking him to the corrupt reception of commissions after Spanish firms were granted the contract to build Saudi Arabia's Mecca-Medina high speed train.

The palace reported that Juan Carlos I had sent a letter to his son announcing that he was leaving the country. "I have decided to move, for the moment, out of Spain," the emeritus wrote.

In this same letter, he stated that he was making this decision "in the face of the public repercussions that certain past events in my private life are generating", a reference to the many reports that had been published in the press linking him to possible cases of corruption. A case which, right now, is in the hands of the prosecutors of the Spanish Supreme Court.

Then on Tuesday it was leaked that Juan Carlos was in the Dominican Republic, information which, subsequently, was largely discounted. Later in the week, the former head of state was said to be in Abu Dhabi. Now, however, it seems possible that this was also a temporary stop and his true current whereabouts remain a mystery to the media and the public.

After the Spanish Supreme Court refused to apply precautionary measures in the case of Juan Carlos I to prevent him from fleeing Spain, the Catalan cultural group Òmnium filed a formal request with Swiss prosecutor Yves Bertossa to summons Juan Carlos I to testify before the Swiss authorities and immediately open a criminal investigation against him.

This move was taken in relation to Swiss justice because there is already a criminal procedure open in Geneva - led by prosecutor Bertossa - in relation to the "alleged laundering of millionaire sums" - which were for a time lodged in a Swiss bank account - and of which "the King Emeritus of Spain was the beneficiary."

At the same time, Spanish prosecutors are also investigating Juan Carlos I for the Saudi rail commissions and Òmnium has filed a criminal complaint with the Supreme Court against the former king, alleging corruption-related crimes including bribery, influence peddling, prohibited negotiations with officials, tax fraud, fraud against the public treasury and money laundering.