Swiss public prosecutors are investigating a 100 million dollar bank account held by Spain's king emeritus Juan Carlos I in Geneva, according to the Swiss newspaper Tribune de Genève. This money allegedly has its origin in a donation made in 2007 by the Saudi royal house's finance ministry to the beneficiary of the account. That account, in the Mirabaud bank, is in the name of the Lucum Foundation, a Panamanian entity whose sole beneficiary is Juan Carlos I.

Subsequently, from this account, a multi-million dollar donation was made to Juan Carlos's former lover, Corinna Larsen. The donation, according to Larsen's lawyer, was a gift from the king emeritus. Swiss prosecutor Yves Bertossa wants to clarify if this money was a commission paid to Corinna for her role as a mediator in the contract won by a Spanish consortium for the construction of the Mecca-Medina high speed train in Saudi Arabia.

The transaction, worth 65 million euros, was detected during a court inquiry at the offices of Arturo Fasana, Geneva-based fund manager and attorney Dante Canonica, who allegedly acted as 'front' people for the retired Spanish monarch, as reported by the Spanish daily El País (link in Spanish).

On 19th December, the judge summonsed Corinna Larsen, Fasana, Canonica and the two representatives of Mirabaud, the bank where the massive transfer was sent to Corinna. She received it at an account located in the Bahamas.

The lawyer for Juan Carlos's former lover told El País that in 2012 Corinna received "an unsolicited gift from the king emeritus, which she described as a form of donation for herself and her son, of whom he had grown fond. He had been in ill health for several years during which our client took care of him." 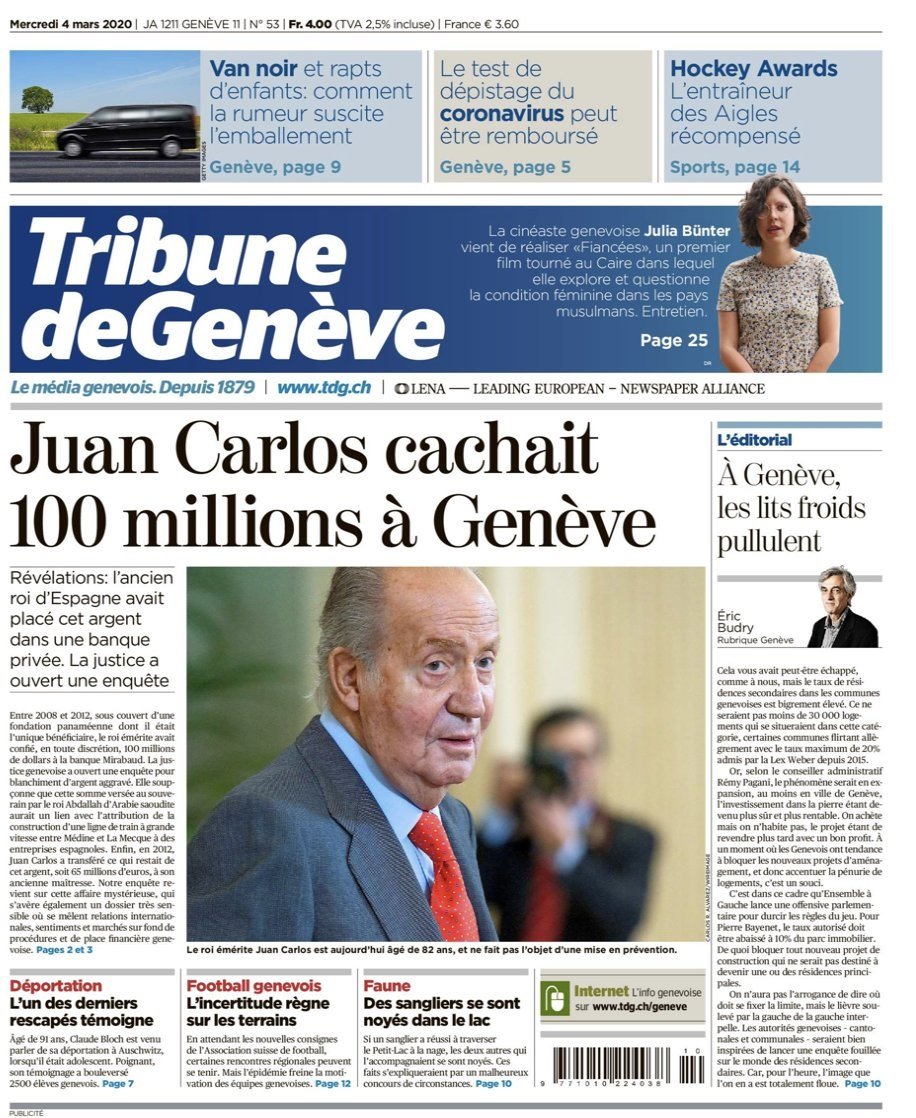 Corinna's lawyer maintains that "the donation was clearly documented as a gift, and service firms and banks performed the necessary formalities and due diligence on the funds. Our client has no place in these procedures and we expect a quick conclusion.” The lawyer also reiterates that his client has no relation to the case of the high-speed train commissions.

These revelations are in addtion to the statements made recently by Juan Carlos I's cousin, Alvaro de Orleans, in which he admitted that Corinna and the king emeritus travelled via unofficial flights in order to avoid official and commercial controls.

Juan Carlos I reigned as Spain's king and head of state from November 1975 until his abdication in June 2014. He was succeeded by his son Felipe VI.