The Spanish Constitutional Court has unanimously decided to reject the request for the suspension of the prison sentences of six of the imprisoned Catalan pro-independence leaders: Jordi Cuixart, Dolors Bassa, Joaquim Forn, Jordi Turull, Jordi Sànchez and Josep Rull. The proceedings “also address the suspension of the sentence for disqualification from office holding requested only by some [of the prisoners] and the submission filed by all of them as a circumstance resulting from the Covid-19 pandemic,” says the resolution.

Thus, the prisoners, controversially convicted to sentences of 9-13 years' jail for sedition and misuse of public funds at last year's Supreme Court trial, will not be able to leave the prison while they await the resolution of the substance of their appeals to the Constitution Court, part of a process which could take years to achieve a final resolution if it goes to the Strasbourg court, as is expected.

In its decision to reject the request, the Court states that it is "in the general interest to maintain the integrity of the rulings of the Criminal Chamber of the Supreme Court, which advises compliance with the sentence imposed." "The general rule must be the inadmissibility of the suspension [of the sentence], which is thus configured as an interim measure of an exceptional nature and of restrictive application," says the court, which considers that in this case "the exceptional circumstances that would enable the suspension of the severe prison sentence are not found".

It also rejects the plea that the situation of the coronavirus pandemic and the absence of a risk of flight by the prisoners are valid arguments to suspend the execution of the sentence. In the case of Turull, Rull and Sànchez, who also demanded the suspension of their disqualification from holding public office, the court also refuses to grant that request.

In the rulings that resolve the appeals on this issue by Rull and Turull, the Constitutional Court admits that absolute disqualification from office holding "could reduce their political rights and that the reparation which could eventually be given as a consequence would not be complete" but it also says that the "need to avoid alteration of the general interest shall be deemed to prevail" as well as "the important public office which was held by the applicant at the time of his actions, the nature of the offences attributed and the particular characteristics of committing the crime which the contested judgment details".

The court's decision to refuse to suspend the sentences was taken in the plenary last week but the full content of the rulings was made public on Tuesday. It is widely expected that, eventually, the prisoners' appeals against their sentences will be rejected by the Spanish Constitutional Court, and at that point they will be able to take the next step in the lengthy route for a revision of Spanish justice's decisions, by appealing to the European Court of Human Rights in Strasbourg. A final resolution from Strasbourg, however, is still likely to be years away. 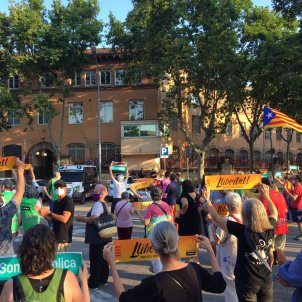 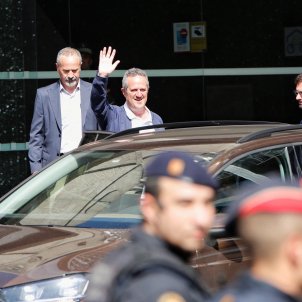