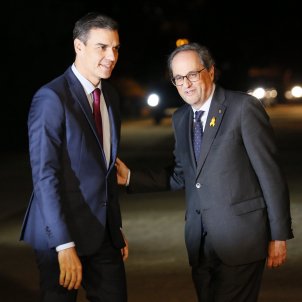 The new Spanish government has flipped-flopped. Hours after postponing the bilateral Spain-Catalonia dialogue until after the Catalan election, likely to be months away, the Socialist-led coalition has changed its mind. Now it says it is prepared to constitute the space for dialogue on the political conflict before the yet-to-be-scheduled Catalan vote, and next Thursday's planned meeting between Quim Torra and Pedro Sánchez may set up the negotiation table after all. The Spanish executive thus wants to make clear its "will to dialogue", which it considers to have been questioned in Catalonia, although it notes that the pre-election context is not the most suitable for negotiation.

Madrid's first statement on Thursday afternoon, effectively delaying the talks for months, set off all the alarms in Quim Torra's pro-independence Catalan government, with government partner ERC reporting a "flagrant breach" of the agreement it had reached on the dialogue table with the Spanish Socialists, part of the deal to allow the new Spanish government to form. Sergi Sabrià, the ERC leader in the Catalan Parliament described the delay as an "absolute irresponsibility" and said that there is no "time to waste" because "there are many months left until elections".

Now, the Spanish government has responded. In a second statement released this Thursday evening, the coalition executive says it wants to "rule out any doubts regarding our willingness to engage in dialogue", expressing its "willingness to hold the agreed bilateral dialogue before the Catalan elections". The coalition underlines its "clear vocation to open a dialogue with the government of Catalonia", despite the fact that the context is not optimal.

The statement also regrets that "throughout the day we have heard doubts being expressed about our desire to engage in dialogue and our commitment to comply with the agreements reached". The Pedro Sánchez government denies that there is any substance to these doubts. However, the 15-day deadline for the setting up of the table, as agreed between the PSOE and ERC in the deal to vote in the new government, had already passed before today's announcements. 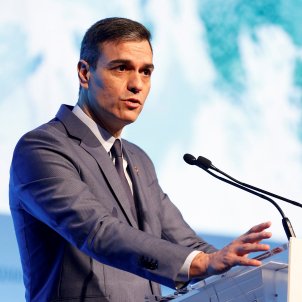 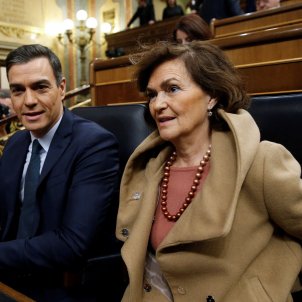 Editorial A divorce before the notary José Antich