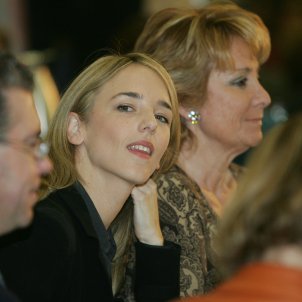 The newly-announced Catalan Popular Party candidate has been accused of "showing contempt for Catalonia and the Catalan language" by a veteran colleague from her own party. Cayetana Álvarez de Toledo, part of the PP's farthest right wing, was last Friday named as number one on the party list for Catalonia for the Spanish general election in a move which raised eyebrows in many Catalan circles, and now her candidature has been criticised by current MEP Santiago Fisas, an historic figure in the PP in Catalonia.

Speaking at an event in Madrid on Saturday, Álvarez de Toledo had asserted her right to lead the list for Catalonia saying that, "The more they say that 'Cayetana is not from here, she doesn't speak Catalan, she has no right to represent us', the more sense my candidature makes". She added: "The nationalist project in Catalonia can be summed up in the single objective of turning compatriots into foreigners."

Álvarez de Toledo's choice as head of the list had already been internally questioned because of its proximity to the wing closest to former PM José María Aznar, but her statements on Saturday further fanned the flames of criticism within the PP. In the eyes of European parliamentarian Santi Fisas, Álvarez de Toledo's affirmation that not being able to speak Catalan gives more meaning to her candidacy shows "contempt for Catalonia". In his opinion, the candidate's strategy "is not the way to combat self-determination."

Álvarez de Toledo, who holds the aristocratic title of Marchioness of Casa Fuerte, is currently a spokesperson for the anti-Catalan independence group Libres e Iguales (Free and Equal) and is linked to José María Aznar's FAES Foundation. She was previously a member of the Spanish Congress under the mandate of Mariano Rajoy, but had decided not to return because of her disagreements with his political line, which she considered too moderate. After last year's no-confidence motion against Rajoy, Álvarez de Toledo confessed she had voted for Ciudadanos (Cs) and called for the merger of the two right-wing parties.

Now, under the radicalised PP leadership of Pablo Casado, Álvarez de Toledo has returned to the party front line and at the next elections will be competing head-to-head with Inés Arrimadas, who is standing as number one for Cs in the Barcelona constituency.

Translation: "Happy, grateful, proud and optimistic to be facing the challenge of defending the outstanding  Spain of 1978 as Popular Party candidate for Barcelona." — Cayetana Alvarez de Toledo 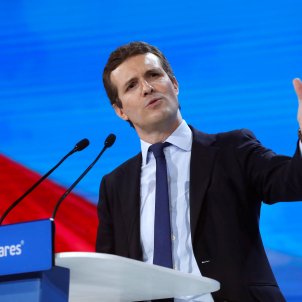 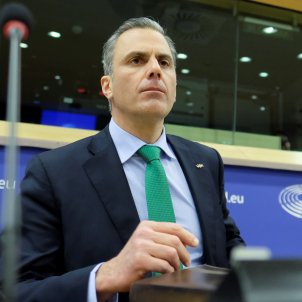