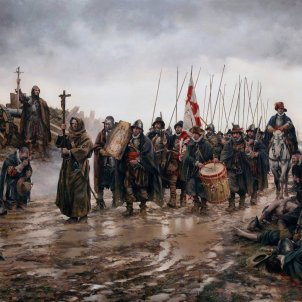 Madrid's city council has given permission for a camp to be set up in the city on January 31st to recreate Spain's historic - and bloody - Tercios of Flanders.

The Tercios were military infantry units, which from the 16th century on embodied the military power of the Spanish empire in the heart of Europe. However, this was not an army as we understand it today, but rather an international legion grouping volunteer soldiers together with a core of paid professionals.

Spanish monarch Philip II sent the Tercios to Flanders to occupy the territory and place it under tighter political and religious control. In the 16th century, during this occupation, several cities were attacked. The events, known by the name of the Furia Española - Spanish fury - included rape, robbery and murder on a vast scale, with a level of brutality that was unusual even in that era.

The announcement for the event in calls on people to occupy the Spanish capital's Plaza de la Villa, next to the old city hall building, to set up a camp, to be populated by people dressed in 16th and 17th century period costume.

The Tercios camp in central Madrid

During the day of January 31st, coinciding with the anniversary of the great Spanish victory at Gembloux in 1578, people dressed as soldiers of the time will be present and there will be a reenactment of the enlistment of volunteers for the Tercios.

Translation:
"You are all invited to the first gala of the Tercios. It will take place next January 29th, at @USPCEU at 19. The men and women who have done most for the Tercios will be present. The more pikes the better, join up!" — 31EneroTercios

Parallel activities have also been programmed such as a sword-forging simulation and a "flag gathering" - the latter to be replicated in cities such as Valencia, Granada, Valladolid, Cartagena, Vigo, and Olivares, as well as in Madrid.

A bloody episode in Flanders history

For four days, from 4th to 7th November 1576, Spanish soldiers carried out one of the bloodiest episodes in Flanders history. Philip  II's army crushed the city of Antwerp. A tragedy that Belgium has not forgotten.

As well as indiscriminate looting and systematic arson, unarmed civilians were hunted down and slaughtered. Historical sources from the era speak of thousands of people stabbed, shot, impaled, decapitated, and burnt. And contemporary historians estimate a total of 10,000 deaths, a figure equivalent to 10% of the total population at the time.

The right wing Vox party celebrated the results of last November's Spanish election - in which it won 52 seats in Congress, positioning himself as the third largest party in Spain - with a toast to the Tercios of Flanders.

Leading figures in the extreme right party, including Santiago Abascal, Javier Ortega Smith, and Iván Espinosa de los Monteros celebrated the election result by raising a glass of wine to the health of the Spanish soldiers. In this toast, Ortega Smith recited a fragment from a poem by Diego Hernando de Acuña, captain of the Tercios, while those present listened attentively, and joined with the final verses.

The poem speaks of patriotism and punishment for those who betray Spain, values ​​that the far right party defends. In fact, this celebration is already becoming a habit among party members. In December 2018, during a meeting with party members, a video showing Ortega Smith leading the toast went viral on social media.

"Spanish, in every vein, I loved, I fought, I gave my blood", goes the lyric. 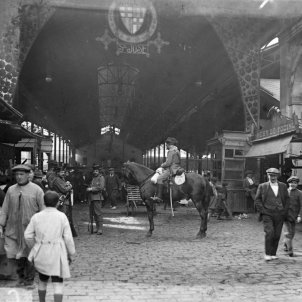 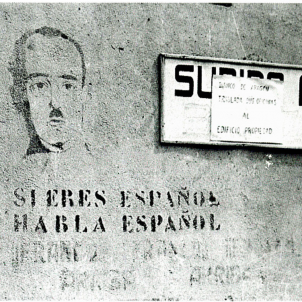