The discredit of the Spanish monarchy in the international media continues after the Tribune de Genève revealed that Spanish retired king Juan Carlos I was hiding 100 million euros in Geneva and after Corinna Larsen’s denunciation in Great Britain against the monarch for the threats received. The prestigious French newspaper Le Figaro has considered it necessary to publish on the front page the news that Juan Carlos is being investigated for his gifts to his lover Corinna. The most curious thing is that while the press in Paris talks about the matter, the media in Madrid hide it or minimise it. "The issue of Juan Carlos's hidden money is bringing unrest to the country," says Le Figaro. 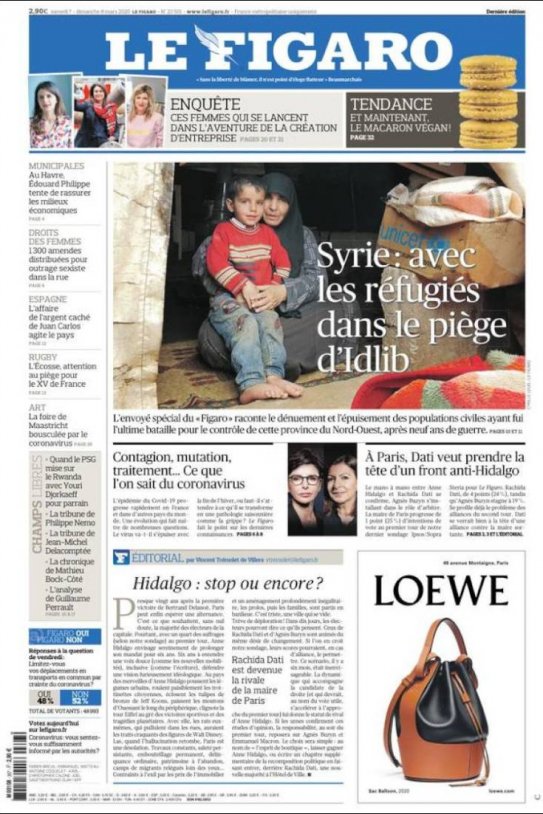 The article, signed by Mathieu de Taillac, points out that "Swiss justice suspects that the king emeritus would have received 100 million dollars from Saudi Arabia when he was still head of state". It not only refers to the immorality of the monarch's conduct, but also denounces a regime with undemocratic behaviour. And it denounces "the exquisite discretion" of the Spanish press in this matter.

Belgian Francophone Radio and Television also reported on the scandal involving Juan Carlos. The correspondent of the Belgian media corporation in Madrid also notes that the revelations "have been met with an annoying silence from the Spanish press. However, he points out that "the sums involved are so important that it will be difficult for the media and politicians to ignore this affair. The article explains that, at the time of the events, the monarch had immunity, which will make it difficult to prosecute him, but it also states that this further tarnishes his reputation.

Today, no Madrid newspaper published the story on the front page. Barcelona’s La Vanguardia and El Periódico are also silent. In contrast, Catalan newspapers Ara and El Punt-Avui have echoed the news about the case on their front pages.