The Spanish king Felipe VI has once again made a speech in Barcelona this evening, in the context of the Princesa de Girona awards ceremony, which completely omitted any acknowledgment of the stressed political situation between the Catalan independence movement and the state. The best that the Spanish head of state could manage were the vague calls to unity with which his speech was peppered, as he spoke in front of an auditorium notable for - again, repeating the pattern of previous visits - the institutional vacuum caused by the absence of the Catalan authorities.

In fact, this time the monarch even left out the usual formal references to his presence in Catalonia. He left this role to his 15 year-old daughter, the princess Leonor, who began her speech with a "I'm very happy to return to Catalonia" and also asserted that "Catalonia has always been a benchmark in initiative, creativity and entrepreneurship." 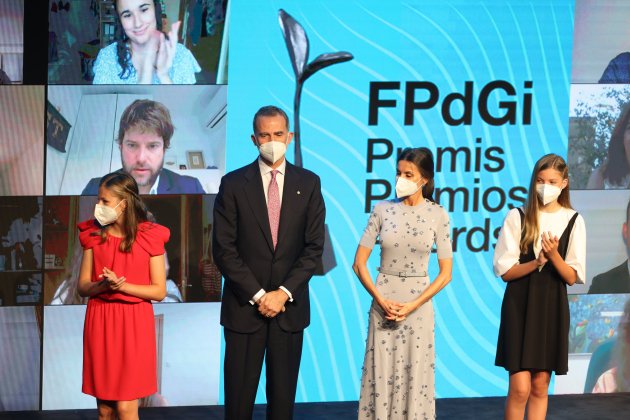 Today was the monarch's third visit to Catalonia in a fortnight. At his last appearance in Barcelona, ​​on Sunday at the inaugural dinner for the Mobile World Congress, he left it up to the Spanish prime minister, Pedro Sánchez, to make the references to unity, but today he slotted them into his own speech. He said that the pandemic has made possible the energetic re-emergence of what he described as "the profound values ​​that define us: solidarity, collective effort, unity and affection between citizens." If we are "together", he said, we will be better able to "face with hope" our "desired future of recovery".

This was the first reference. The second came when he cited the scientific advances that have made it possible to fight Covid-19 and warned that only by being "closely united" will the pandemic be overcome. A third reference popped up in one of the two paragraphs in which he spoke in Catalan, when he made a call to learn from the experience "to improve and work together" in order to ensure the professional and personal development that young people deserve.

Faced with the now-usual institutional vacuum that Felipe VI receives in Catalonia, the Socialist president of the Barcelona provincial authority and mayor of L'Hospitalet, Núria Marín, was, along with another Socialist, the leader of the Catalan parliamentary opposition, Salvador Illa, the highest Catalan figure who accompanied the monarch. With them, the Socialist city councillor of Barcelona Laia Bonet, as well as the Spanish government delegate, Teresa Cunillera. No one from the Catalan government, not the president or any minister, and not even the mayor of Barcelona, ​​Ada Colau. 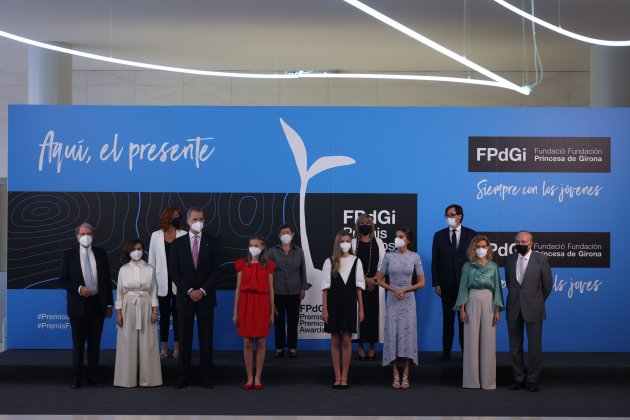 The monarchs and their daughters with deputy Spanish PM Calvo and the speaker of the Spanish Congress, Meritxell Batet, and the chairperson of Fundació Bancària la Caixa, Isidre Fainé. In the second row, Bonet, Cunillera, Marín and Illa / Sergi Alcàzar

Felipe VI travelled with queen Letizia and their daughters, Leonor and Sofia. Attending together with the royal family were deputy PM Carmen Calvo and the speaker of Congress, Meritxell Batet, and they were accompanied by Fundació Bancària la Caixa chairperson, Isidre Fainé, and the president of the Princess of Girona Foundation.

The anecdote of the evening was provided by the monarch's applause for his older daughter's speech, with her sister Sofia also offering congratulations when she returned to her place. "It's not because she's the princess - although that too - it's because I agree with everything she said. That's why I was clapping," he explained before beginning his own speech, which closed the event.

While the awards ceremony was being held, dozens of people in the streets outside burned images of the king and protested his presence in Barcelona. Although this evening's event at the Caixa Fòrum was far from the fiery protests that his visit provoked two years ago at the Palau de Congressos, ​​which forced the closure of Avinguda Diagonal, today there was also a major security operation deployed to cut off the entire area from Plaça Espanya. 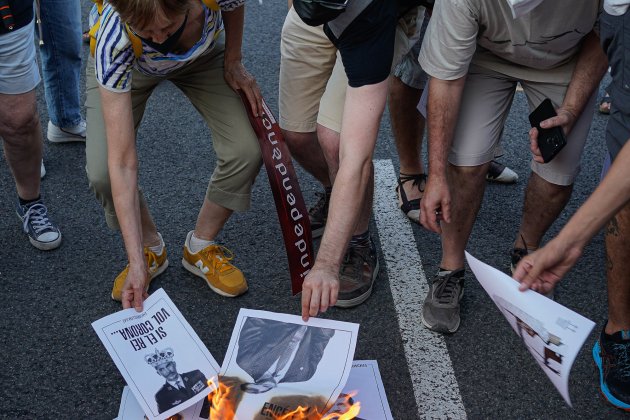 In the main image, Felipe VI with his daughter Leonor at the closing ceremony of the Princesa de Girona Awards / Sergi Alcázar