Oriol Junqueras has affirmed that he senses that the international community will make "gestures" with Catalonia "to the extent that we act in defence" of the dialogue table with the Spanish government, intended to discuss the political conflict and due to meet this month.

Catalan Republican Left (ERC) president Junqueras made these statements to the media this Thursday from Geneva, where he met with the general secretary of the party, Marta Rovira, in a working session to prepare the new political term. The meeting was also attended by the ERC deputy secretary general, Marta Vilalta, the Catalan minister of the presidency, Laura Vilagrà, and the minister for enterprise and labour, Roger Torrent. 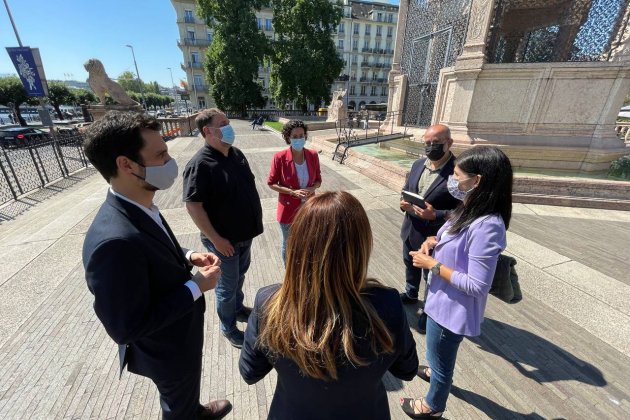 Will Sánchez be there?

Asked if the possible absence of Spanish prime minister Pedro Sanchez from the table could cheapen it, Junqueras rejected the idea. “Neither for us nor for the international community will it be devalued in any situation,” he said, adding that the only thing that matters is the content and not who will be at the table. He also gave a similar answer to the question of whether he himself could participate representing the Catalan government.

"Each of us tries to be as useful as possible. The individual role that each of us plays is not very important," he claimed, while encouraging independence supporters to "put all their intensity and desire into it." According to Junqueras, "the more seriously each party takes the dialogue table, the more support it will receive."

However, a few days ago, the Catalan president, Pere Aragonès, said that he could not conceive that the Spanish prime minister would not attend the meeting. Up till now, the Spanish government has not confirmed whether Sánchez will in the end be present.

It is expected that president Aragonès himself will join the ERC working sessions later today, after being kept busy this morning on the government's response to the damage caused in the Terres d'Ebre districts by yesterday's flash floods. When he arrives, it will be the first time that the four members of the ERC leadership will be physically together since Rovira went into exile. For Aragonès it will be the second face-to-face contact with Marta Rovira since he became president of Catalonia.