Fundamental rights across Europe are at stake in Jordi Cuixart case, argues Òmnium

The appeal presented by jailed pro-independence leader Jordi Cuixart to the European Court of Human Rights (ECHR) in Strasbourg is far more than just a dispute with the Spanish state: the defence of fundamental rights throughout Europe is at stake. This was the central argument presented today at a press conference held in Barcelona by the organization that Cuixart leads, Ómnium Cultural, to show the international support for Cuixart's complaint, through the presence of members of international organizations, leading human rights NGOs and the Nobel Peace Prize winner Jody Williams.

"If there are so many of us here today, it is because the Cuixart case is jeopardizing the entire system of fundamental rights in Europe," said lawyer Olivier Peter, member of the Òmnium leader's international defence team, who described Cuixart's appeal to Strasbourg as "a European appeal, because the result will have effects on the fundamental rights of the whole of European society." 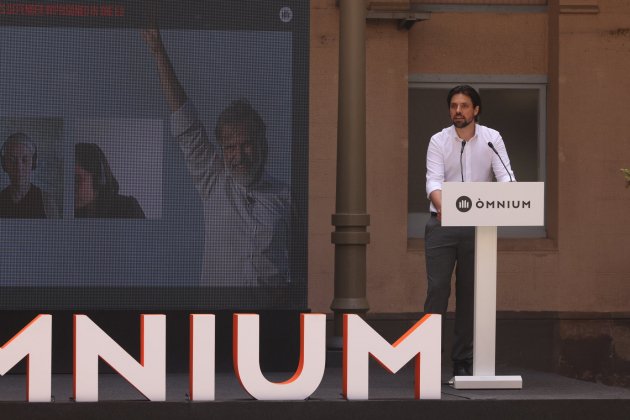 The vice-president of Òmnium, Marcel Mauri, affirming that this appeal seeks via international instances the justice that has not been obtained in Spain, stressed that the Cuixart case is "especially serious because he is the only defender of human rights imprisoned in the European Union".

Òmnium reiterated that Cuixart's trial was political, a general case against the exercising of the right to self-determination, for which thousands of people are still being pursued.

Asked by a BBC journalist, Mauri recalled that Cuixart has been imprisoned longer under the Socialist government of Pedro Sánchez than by the preceding administration of Mariano Rajoy. "Unfortunately, with regard to the political prisoners, we have not seen any differences," he declared, while calling once again for an amnesty law that will respond to the situation of all those suffering retaliation.

Jody Williams, whose testimony at the 2019 Supreme Court trial was rejected by the president of the Supreme Court, Manuel Marchena, took part today through a message recorded in the United States, in which she warned that the case of Cuixart is "emblematic" and "one of the most flagrant examples" of how state power is used to silence people.

Physically present at the front of the press conference were representatives of human rights group Irídia Collective, lawyers defending fundamental rights such as August Gil Matamala, and the team of lawyers defending Cuixart. 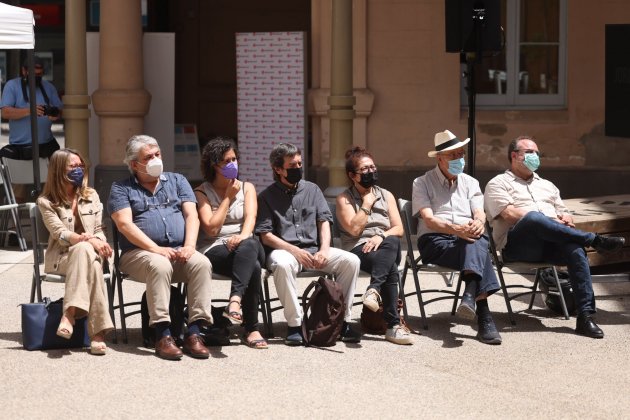 Lawyers defending Jordi Cuixart, along with other lawyers and human rights defenders during today's press conference in Barcelona / Sergi Alcàzar

The pardons: no guarantees or reparations

As for the effect of a possible pardon, Cuixart's lawyer admitted that it could serve to end his imprisonment, but it "does not guarantee either reparation or recognition, and offers no guarantee of non-repetition [of punishments]" so he is convinced that Strasbourg will analyze the case in depth even if the pardon is approved.

However, he said that any assessment of the effects of the possible pardons has to await the argument which the Spanish government presents on the matter.

During the press conference, Olivier outlines what he described as the "singularities" of the Òmnium president's case: "He was convicted of sedition for exercising the right to demonstrate, for exercising freedom of expression, convicted after a trial full of irregularities, and therefore, we are facing a unique case, the president of one of the most important cultural and linguistic bodies in Europe imprisoned and convicted for exercising fundamental rights," he argued.

The lawyer listed the violation of rights in this case: the right to demonstrate, the right to be tried in a court predetermined by the law, the right to a fair trial and to effective defence, the principle of legality, protection from arbitrary detention and, "the most interesting point," according to Olivier, "an abusive limitation of fundamental rights," as contemplated in Article 18 of the European Convention on Human Rights.

In the main image, the vice-president of Òmnium, Marcel Mauri, during the press conference at the El Presó Model, former Barcelona prison / Sergi Alcàza