Cuixart, first of Catalan prisoners to take his case to the Court of Human Rights

The president of the Catalan cultural association Òmnium Cultural, Jordi Cuixart, has filed an appeal with the European Court of Human Rights in Strasbourg over the 2019 decision by Spain's Supreme Court which sentenced him to nine years' jail for sedition. He is the first of the pro-independence political prisoners to appeal to European justice, a route which has only opened up in the last few days since the Constitutional Court rejected his appeal and thus closed the final door to granting him any redress within Spanish justice.

Cuixart’s lawyer, Benet Salellas, explained that the appeal had been registered in Catalan, accompanied by the essential documentation for its admission: some sixty reports that fill a total of 2,009 pages. Among the documents attached are all the statements by international organizations that, during the more than three and a half years that the Òmnium president has spent in prison so far, have sought to denounce his situation and demand his release. Also included in the submission are the related decisions handed down by other European courts. 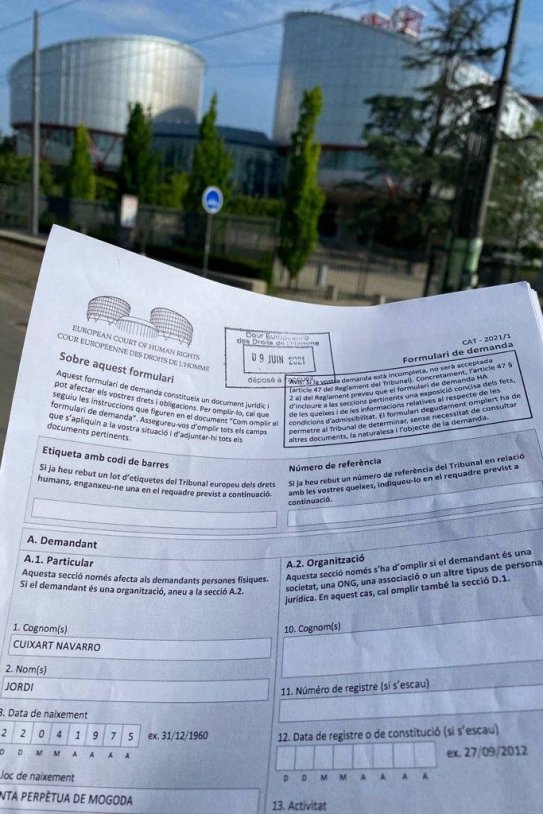 In fact, Cuixart himself said on Twitter on Tuesday that this would be his next step. “Not one step back and we'll see you in Strasbourg!” he tweeted.

The Catalan cultural association, which did not want to give more details than those provided in the press release, says he will explain the content of his appeal at a press conference next Tuesday. 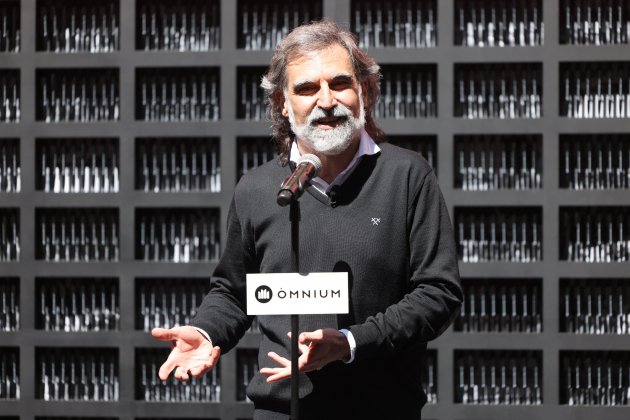 The announcement of the appeal comes the day after the publication of the detailed reports of the Constitutional Court on his appeal, and in particular, the dissenting votes of two judges who considered the sentence handed down to Cuixart and then-Catalan National Assembly president Jordi Sànchez as "disproportionate", stressing that as social leaders, their freedom of assembly had to be especially carefully guaranteed. Constitutional judges Juan Antonio Xiol and Maria Luisa Balaguer presented a dissenting opinion which repeated some arguments they had earlier stated in relation to the appeals of Jordi Turull and Josep Rull - on which they also dissented from the court majority - but adding that in the case of the 'Jordis' the penal response given was "severe" in the face of their exercising the fundamental right of assembly. The sentence had a "disastrously discouraging effect on this right", said the two judges. They added that a different judgment could have been made "more in line with an evolved interpretation and in line with that of the European Court of Human Rights".

Jordi Turull and Josep Rull expect to present their claims to the European Court of Human Rights tomorrow.

The vice-president of Òmnium, Marcel Mauri, considered shortly after learning the details of the dissenting votes that the "division" of the Constitutional Court over the appeals of the pro-independence prisoners was a "prognosis of defeat" for Spain in Strasbourg. In Òmnium's view, the court's minority view "clearly admits" the state's democratic deficits and highlights the "cracks" in its "repressive strategy."

"The unity of Spain cannot be used as a limit when it comes to exercising fundamental rights," Mauri said, insisting that the independence movement has "every right to demonstrate to call for the exercise of the right to self-determination". "It is not a crime and now they admit it from within the Constitutional Court itself, invoking previous rulings of the European Court of Human Rights," the Omnium vice president stressed.