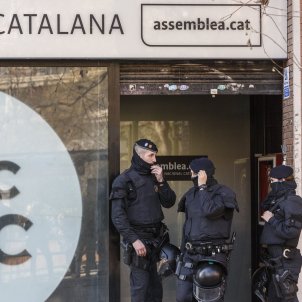 Dozens of Twitter users have added their support to the initiative taken by a Catalan lawyer to press charges of hate crime against the operators of an unofficial Spanish police Twitter account - specifically, the @forogc account, a forum for Spain's Civil Guard, which has more than 100,000 followers. The lawyer announced on Twitter that she had laid charges, which generated widespread interest from others in doing the same: making complaints in their own names.

The text focuses on a tweet published on the account in question on the afternoon of 30th January, when incidents took place in Barcelona's Ciutadella park between demonstrators pressuring for the investiture of a new Catalan president and the Catalan Mossos d'Esquadra police who attempted to prevent them from entering the park, which contains the Catalan Parliament.

Translation: "[Here is] the complaint that I presented, before putting my personal details on it (for privacy reasons). I could have presented it to any police station, but if I can, I will avoid them... so I presented it at my nearest courtroom. Thanks @CNICatalonia for telling my story." - Alba the Lawyer

The tweet which is the reason for the complaint stated that, because of the incidents outside parliament, that it should have been Spain's Civil Guard and National Police who were sent to "contain" the "mob of sons of whores". Following the comment, many other users replied, also attacking the independence supporters along similar lines.

The lawyer's complaint argues that the unofficial Civil Guard message shows a "desire to attack (with insults) the honour and moral integrity of all those who belong to the ideology mentioned, communicating contempt for their ideas." This accords with the definition of an offence of incitement to hatred under article 510 of Spain's Criminal Code.

For the moment, the lawyer identified as "Alba" says she is waiting to find out if the complaint has been accepted by the court for further investigation.

Translation of original tweet: "What happened today in the Ciutadella park shows that together with the Mossos or in their absence, the National Police and Civil Guard should be there to contain that mob of sons of whores. There is no other name for them." - Foro GuardiasCiviles 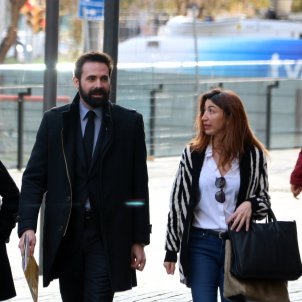