"Dialogue is an end in itself." This was one of the ideas that the former Spanish prime minister José Luís Rodríguez Zapatero put forward in relation to his new essay No voy a traicionar a Borges ("I'm not going to betray Borges"; Huso Editorial) which he presented this Thursday evening at the Ateneu Barcelonès. The event was led by Lola García, deputy director of the newspaper La Vanguardia, and presented by Isona Passola, president of the Barcelona cultural association.

When asked by the media about the decision of the Court of Appeal of Sassari to release the Catalan president in exile, Carles Puigdemont, Zapatero said that "it is very probable that an analysis will have to be made of why this is happening", indicating that it is the responsibility of the Spanish courts.

In an auditorium that was full to capacity, the ex-Socialist prime minister of Spain encouraged the political class to assume the lesson of a poem by the celebrated Argentine writer Jorge Luis Borges and not want to win.

"Thinking of Catalonia and Spain, we cannot resign ourselves to the sad fate of infinite confrontation. Even if there is a winner," he said when asked about the dialogue table. 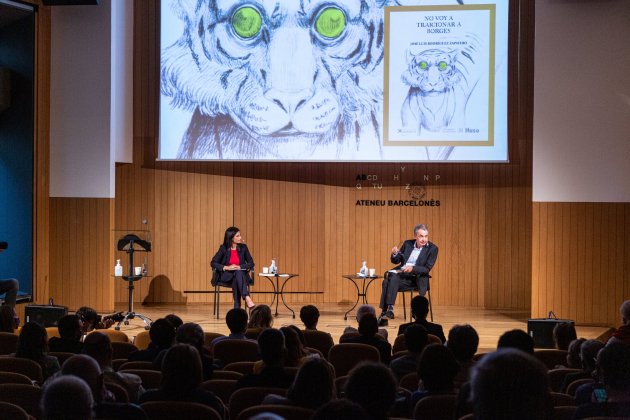 Zapatero, in the presentation at the Ateneu Barcelonès / Photo: Montse Giralt

"Let's listen to what Borges is saying, let's not want to win or lose. The best of us comes out of having a reencounter," he asserted. “In defeat there is a dignity and a beauty that victory will never achieve,” he added.

The former Socialist prime minister called for culture to be included in the dialogue table and insisted that "dialogue is an end in itself" and that it must be lived with "passion". “More than dialogue, I think a great social conversation needs to take place,” he reflected.

"Bitterness" due to the sentence of the Statute

Zapatero also confessed to feeling some "bitterness" for not helping to generate "a situation of stability" after the turning-point 2010 Constitution Court ruling on Catalonia's Statute of Autonomy. While affirming that he is not the culprit, the former president admitted to having wondered on many occasions "what he could have done so that the spiral that led us to 2017 did not start". 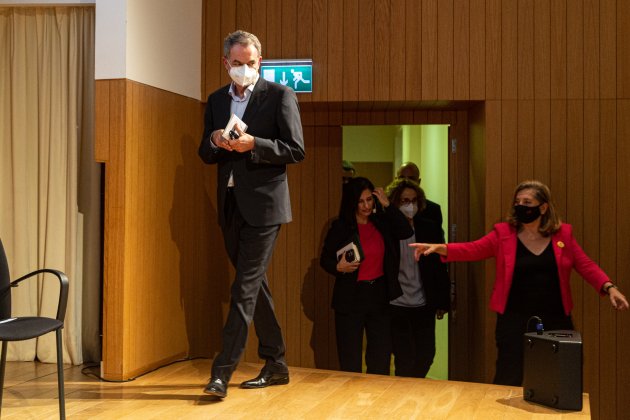 Addressing the situation beyond Spain, Zapatero expressed concern about the situation in the United States, "with the rebellion of white supremacism." The former PM linked the US development to Brexit and explained that it is all "the result of a sense of loss of historical power", referring to the rise of countries such as China.

Reflecting on the conflicts of the twentieth century and the 9/11 attack, which, in his opinion, has been a key to international politics for the first two decades of the twenty-first century, Zapatero highlighted the commitment of Germany and Angela Merkel to the EU, contrasting the project of the 27 European states with the roadmap of movements such as Brexit, or Trumpism and its confrontation with Islamic terrorism, Russia and China.

On a more personal level, Zapatero showed his passion for Borges and revealed the influence of the Argentinian's work, and of literature in general, in his approach to politics. He also acknowledged feeling "nostalgia for politics, but not for power."