The secretary of the Court of Justice of the European Union (CJEU) has detected errors in the text of the preliminary questions which Spanish judge Pablo Llarena has presented in relation to the ongoing Spanish case to extradite exiled members of the 2017 Catalan government. Specifically, inaccuracies have been detected at three points in the translation of the decision by the Belgian Court of Appeal against the extradition of former Catalan minister Lluís Puig, and this has forced judge Llarena to present a corrigendum to the questions he had earlier put to the EU court.

The Spanish judge had raised several preliminary issues with the Luxembourg court on the European Arrest Warrants (EAWs) issued for the Catalans, after the European Parliament voted to lift the immunity as MEPs of Carles Puigdemont, Clara Ponsatí and Toni Comín, and after Belgian justice had definitively rejected the extradition of their former colleague Puig.

Notification from the CJEU

According to the corrected text sent by Llarena, to which ElNacional.cat has had access, the errors were detected by the Dutch translation unit, after comparing the Spanish translation of the sentence on Puig with the original text. The Spanish affairs administrator in the Secretariat of the CJEU then communicated this issue to the Spanish Supreme Court. 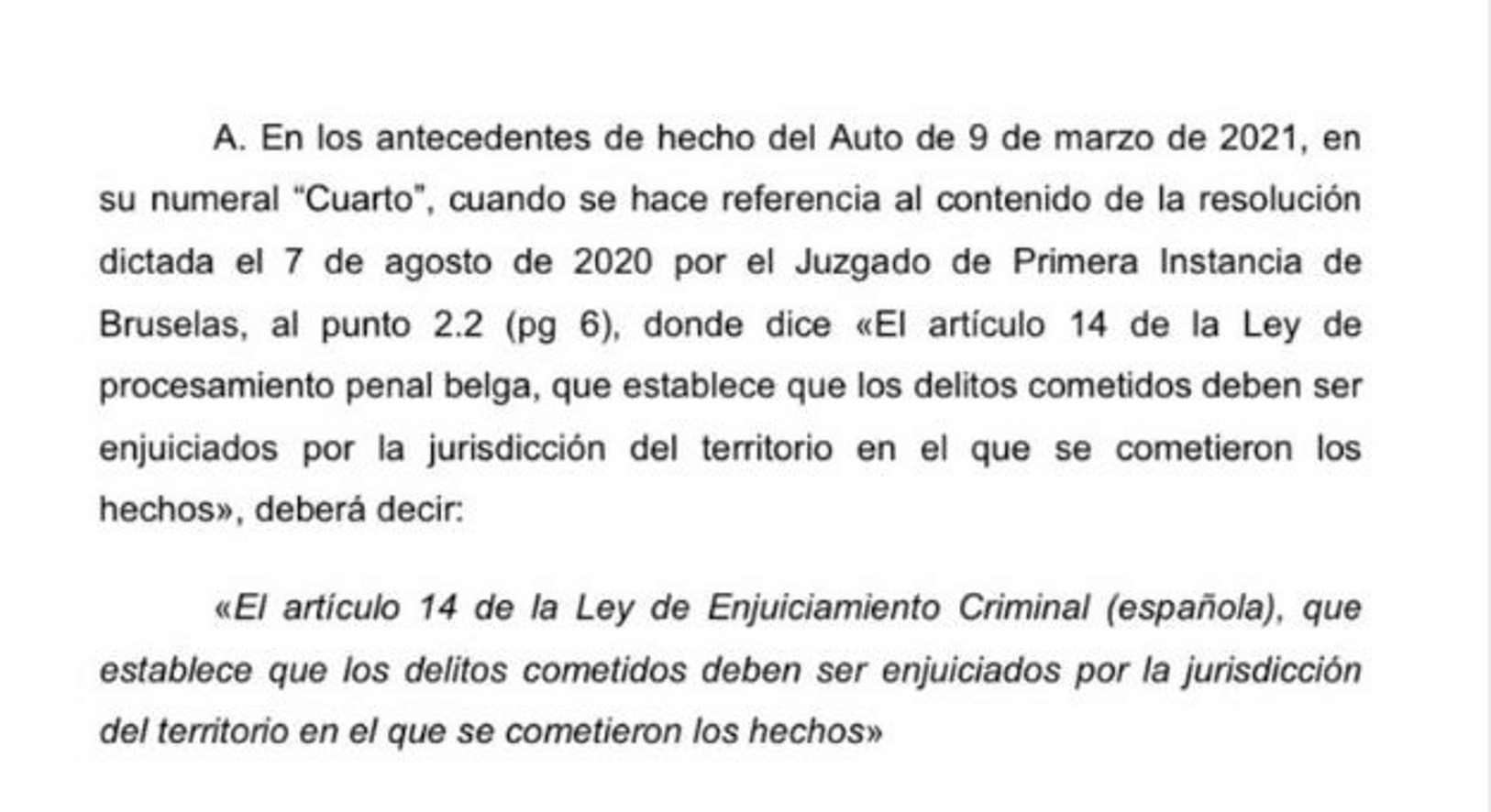 Specifically, it was noted that the translated text referred on two different occasions to Article 14 of the Belgian Law on Criminal Procedure, while the original actually referred to the Spanish Law on Criminal Procedure. This article is cited in the chapter on precedents and in the section on legal bases, and refers to the fact that crimes must be prosecuted in the territory where they occur.

After confirming the errors, the Spanish investigating judge appealed to the right provided by the Spanish judicial law to correct and clarify obscure aspects that may appear in resolutions that have been issued. In fact, the amendments were not limited to the errors detected by the European Court, but rather, other corrections were added.

In the main image, Carles Puigdemont with members of the Catalan government in exile