58% of MEPs vote to lift immunity of Puigdemont, Comín and Ponsatí 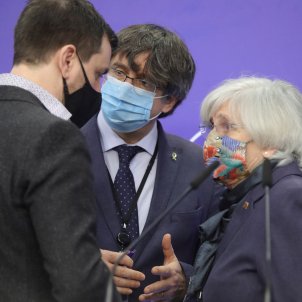 There were no leaks from the European Parliament. Until this morning at nine o'clock it was not confirmed from the presidency of the chamber that MEPs had approved the lifting of the immunity of the three Catalan MEPs in exile, Carles Puigdemont, Toni Comín and Clara Ponsatí. The result of the vote in the chamber was even less decisive than in the earlier committee stage, with 400 MEPs voting in favour, 248 against and 45 abstentions. This represents 57.7% of the votes cast. Twelve MEPs did not vote. In the Committee on Legal Affairs the votes were 60% in favour. In the case of Comín and Ponsatí, 404 votes went in favour of the Spanish judicial request - that is, 58.2% of the votes - 247 against and 42 abstentions.

The president of the chamber, David Sassoli, will now have to immediately inform Spanish authorities of the result, which was reached when MEPs voted in plenary yesterday. There was no debate in the full Parliament, with discussion taking place within the Committee on Legal Affairs where the report in favour of the petition was passed, and the vote in the plenary session last night was telematic. However, in recent days many MEPs have been publicly speaking out against the lifting of the immunity of the three Catalan politicians.

It was the Spanish judiciary that prompted the debate in the European Parliament on these 3 former members of the Catalan government who have been in exile in other European countries since 2017 and were elected as MEPs by Spanish and Catalan voters in 2019. As soon as they took their seats in Parliament, the Spanish Supreme Court investigating judge Pablo Llarena activated the request procedure to lift the immunity from prosecution of the three MEPs and to attempt, for the third time, their extradition to Spain via a European Arrest Warrant (EAW) procedure against them.

But the vote in the plenary of the European chamber went far beyond a judicial process, as evidenced by the fact that the Spanish foreign minister, Arantxa González Laya, called a press conference to coincide with this morning's announcement at 9am, to assess the decision taken in the plenary on the parliamentary immunity of Puigdemont, Comín and Ponsatí.

González Laya's move, made late last night, provoked ironic comment from Puigdemont: "They said it was not a political question nor a political persecution but they need the minister for foreign affairs to assess on our immunity vote. I wonder who would have held the press briefing if it was a political question?..."

Among others, MEPs of the European United Left/Nordic Green Left announced they would vote against the request, including their Spanish state affiliates Podemos, Catalunya en Comú, and EH Bildu; MEPs from The Greens/EFA bloc; the Basque Nationalist (PNV) MEPs, who are part of the Renew Europe group; two MEPs from the Socialist group, former prime minister of Malta Alfred Sant and Belgian MEP Kathleen Van Brempt, among others.

Carles Puigdemont's lawyer had already announced that if the chamber voted to lift his immunity, they would take the case to the Court of Justice of the European Union. In fact, the issue will also reach the Luxembourg court via another route: the preliminary questions of the Supreme Court investigating judge, Pablo Llarena, following the decision by the Brussels court of appeal to reject the EAW against former Catalan minister Lluís Puig.

In the main image, Carles Puigdemont talks to Toni Comín and Clara Ponsatí in the European Parliament / Efe 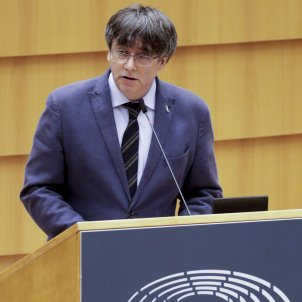 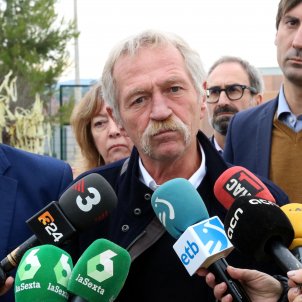 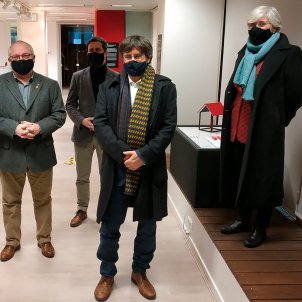 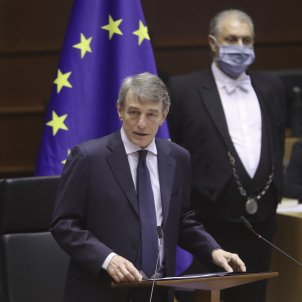