Pro-independence events planned around the world for Catalonia's 'Diada' 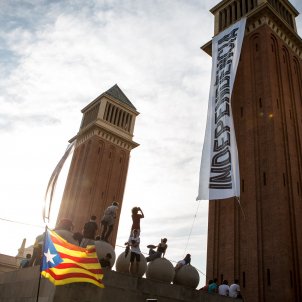 Pro-independence organization the Catalan National Assembly (ANC) has announced that it intends to hold around twenty international events to celebrate Catalonia's national day, the Diada, on September 11th, with a series of events which will be partly physical and partly virtual between August 29th and September 13th. The so-called Catalan Week, which the ANC has organized every year since 2016, aims to promote the cause of Catalan independence around the world and denounce Spain's "political regression" against Catalonia.

Led by foreign branches of the ANC, events will be held in Mexico, Belgium, England, Luxembourg, the US, Portugal and Germany, among others. The first action will be in Zurich (Switzerland) on August 29th, and the following day there will be a virtual debate in Madrid focused on the imprisonment without trial - for 10 months so far - of activist Daniel Gallardo, for protesting in the Spanish capital against last October's Supreme Court verdicts on the pro-independence political and civil leaders.

The president of the ANC, Elisenda Paluzie, will take part in a conference in Bilbao on September 3rd on the effects of Spanish "repression" on the independence movement, and its challenges. Several events will take place on Saturday 5th in Brussels, including the broadcast of an interview with exiled rapper Josep Valtonyc. On the same day there will be another debate in Madrid with the president of business group Cercle Català de Negocis, Albert Pont, and the vice-president of the ANC, David Fernàndez.

On Sunday 6th there will be a digital round table in Mexico, focused on solidarity between the independence movements in Catalonia and the Latin American country. On the same day, the Brussels branch of the ANC will launch the exhibition "Political Prisoners in Contemporary Spain", by artist Santiago Sierra, which will be open until the end of the month in the Belgian capital. The next day, the Luxembourg branch of the Assembly will hold a digital conversation with the former Catalan culture minister Lluís Puig. On September 9th, the ANC branch in England will hold a live debate with representatives of the Catalan pro-independence political parties.

On the eve of the Diada, a conference will take place in Lisbon featuring Portuguese historian and journalist Fernando Rosas, as well as a rally in the Place de la République in Paris. On September 11th, coinciding with the celebration of the national holiday itself in Catalonia, several online events and in-person mobilizations are to be organized, including one in Brussels with the participation of some key independence movement figures.

And the day after the Diada, a virtual meeting will take place in Dallas (US). The Catalan Week will come to a close on September 13th, with a virtual debate where the work of the foreign branches of the ANC will be presented, discussing the current situation and the future challenges of the Catalan independence movement. 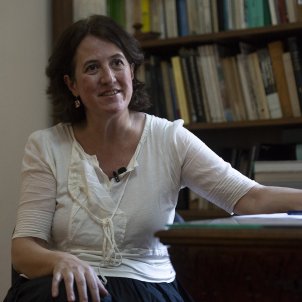 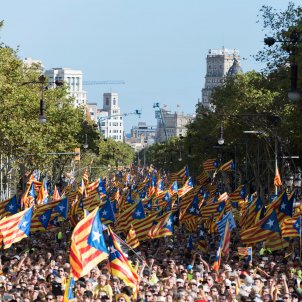