The mailing of violent threats to Spanish political leaders continues, coinciding with the campaign for the Madrid regional elections on 4th May, and including some of the electoral protagonists in a growing list of targets. This Wednesday, it was confirmed that former Spanish prime minister José Luis Rodríguez Zapatero had received a letter containing two bullets and a note. It has also emerged that a letter addressed to the General Directorate of the Civil Guard with four cartridges and a death message, detected yesterday by the post office, contained threats to the former Spanish deputy PM and candidate for Unidas Podemos in the elections, Pablo Iglesias.

The automated post office in the Madrid district of Vallecas today intercepted a letter with two 38 millimetre cartridges addressed to former Spanish PM José Luis Rodríguez Zapatero. The office scanner detected the two projectiles accompanied by a note. It was immediately brought to the attention of the police authorities, who are analyzing its contents.

The handwritten note in the envelope reads: "Zapa, harmful, dull, ignorant vermin that did and continues to do so much damage to Spain. I hope your meninges burst through your eyebrows". The envelope contained a DVD case wrapped in cellophane.

Current Spanish PM Pedro Sánchez expressed his "strong condemnation" of the threat against Zapatero. "These bullets are aimed at social harmony, against democracy," he said on Twitter. He called for a "stop to this spiral of hatred that directly attacks our values" and to "not allow rage to install itself in our society."

Spanish interior minister Fernando Grande-Marlaska called Pablo Iglesias on Wednesday to inform him of these developments. This is the second such letter containing bullets apparently intended as a threat to the Podemos leader in this election campaign. As well, incumbent Madrid regional president Isabel Díaz Ayuso was targetted - by a letter detected at the mail centre in Sant Cugat, near Barcelona - and interior minister Grande-Marlaska and the Civil Guard director general, Maria Gámez, have also received similar envelopes containing bullets before today.

As well, Spanish industry minister Reyes Maroto, received a letter containing an apparently blood-covered knife. However, in this case the name of a sender was included. A man has now been located and been inteviewed by police, and has acknowledged responsibility. 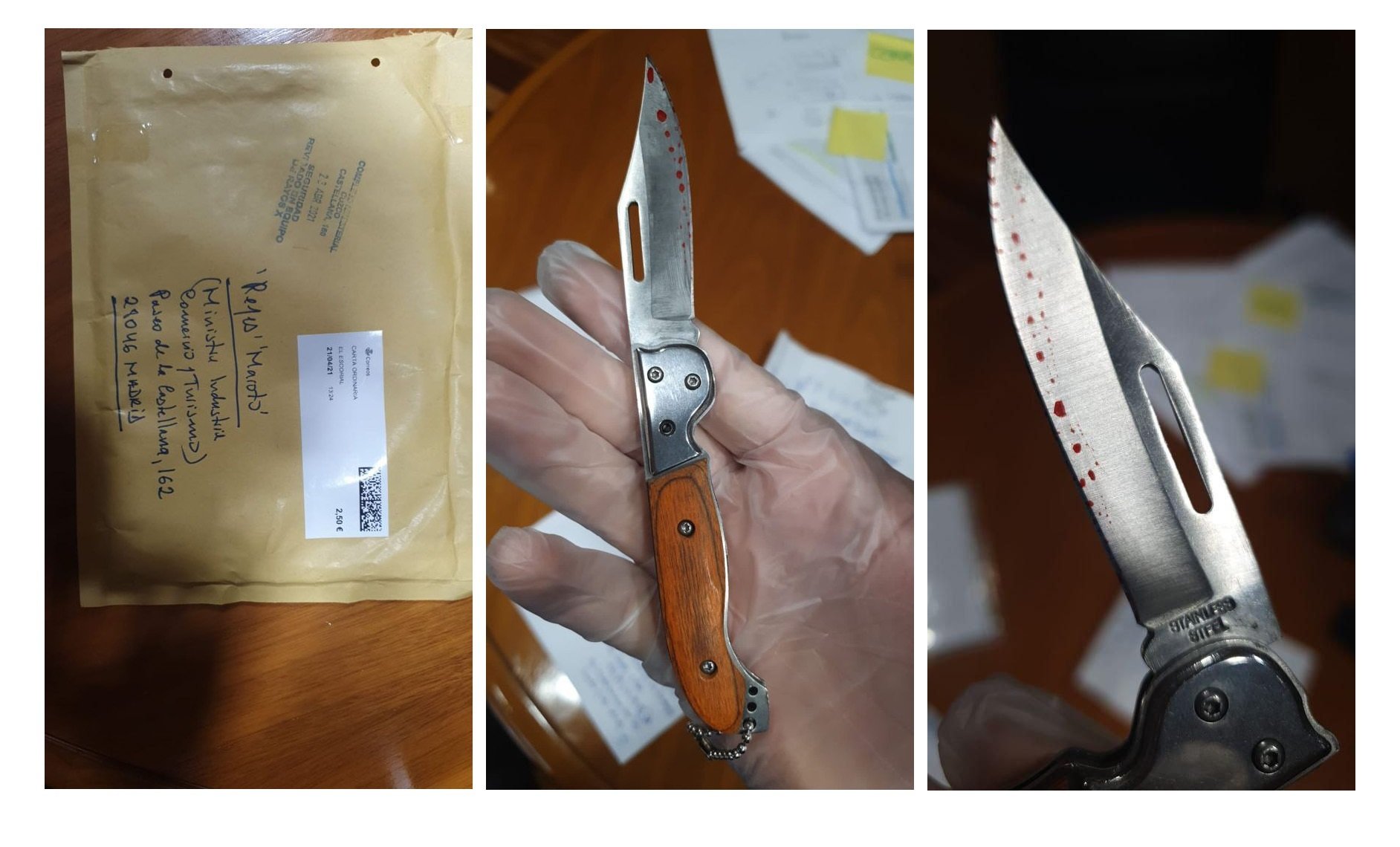 He is a resident of the Madrid municipality of El Escorial, who according to La Sexta is diagnosed with schizophrenia. He is thought to be unconnected to the earlier threats sent to other public figures.

In this context, Spanish security forces have received orders to strengthen the security measures of all candidates for the presidency of the Community of Madrid. Those candidates who did not previously have security protection escorts will now receive it.

Editorial Why are the Madrid elections key for Catalonia? José Antich