"The same powers that convicted us are those which now seek to force us to put our health at risk; the answer must be clear and determined. Let's fill the boxes with pro-independence ballot papers! Let no one stay home on 14th February", said Cuixart, in reference to the Catalan High Court's suspension of the earlier government decree postponing the vote till May 30th for public health reasons. 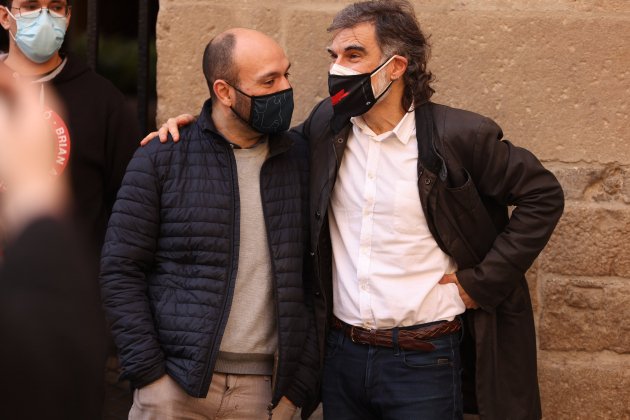 "A government that backs self-determination"

Cuixart urged voters to select "a government that backs self-determination" and assured that the Òmnium body will be "both self-exigent and coherent" in its demands.

"We'll do it again, in defence of our rights which have been violated," Cuixart said, echoing his now famous courtroom statement, and also added that he will defend "culture which is cutting edge and transgressive" and the struggle to combat inequalities. “Only by being one people can we move forward,” he concluded.

Jordi Cuixart speaking in central Barcelona today: "We need to be both self-exigent and coherent, with our will to continue on the path together"

The event, held in Barcelona's Plaça del Rei and only open to the press - although some onlookers and supporters were able to follow from a distance - also featured others pursued by the authorities over the independence process, such as academic members of the Electoral Syndicate for the 1st October referendum, organizers of the 2017 vote and people taken to court for taking part in protests. Among these participants were some whom the Catalan government itself is seeking to punish, such as Marcel Vivet, for whom public prosecutors and a Generalitat prosecution demand almost six years' prison for taking part in a protest against the extremist Jusapol police union, and Adrian Sas, sentenced to three years and three months in prison for taking part in the protest actions on the first anniversary of the 2017 referendum. 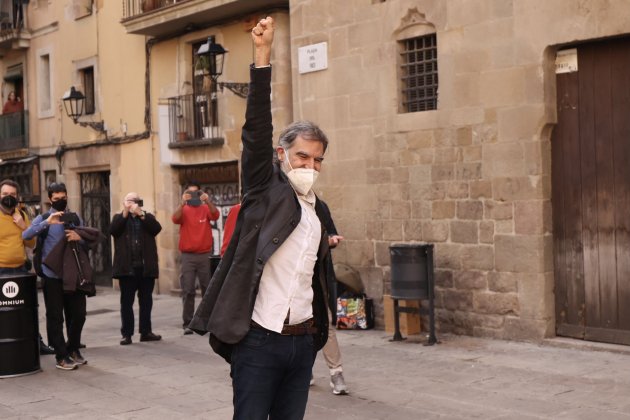 The Òmnium president also addressed them, thanking them for their "determination and strength." “It is a pleasure as president of Òmnium Cultural to be here with you today after 1,200 nights in jail without giving up anything,” he said.

Indeed Cuixart, also recalled that the "prisoners are not the expression of any defeat, but one more step towards victory." He also had a few words for the Catalan leaders in exile, who, he said, "represent the dignity of Catalonia abroad." In fact, among those present at the event was Anna Maria Ponsatí, sister of exiled Catalan government minister Clara Ponsatí.

Thus, Cuixart has stepped into the pro-independence parties campaign to mobilize the electorate after the Catalan government had questioned the safety of going to the polls. Vice-president Pere Aragonès has pointed out that the court which prohibited the delaying of the elections was making people choose "between the right to vote and the right to health". Finally, the Òmnium president also dedicated a moment to standing up for the cultural sector, assuring that “it is safe” and calling on the public administrations to “save it” and guarantee it the same rights as other industries around the country”.

At the end of the event, Cuixart also approached a group of protesting workers from the company Ferroser, in charge of tracking Covid-19 contacts, who have been left in contractual limbo by the Catalan health ministry, and gave them encouragement - also asking journalists present to cover their case and demands. 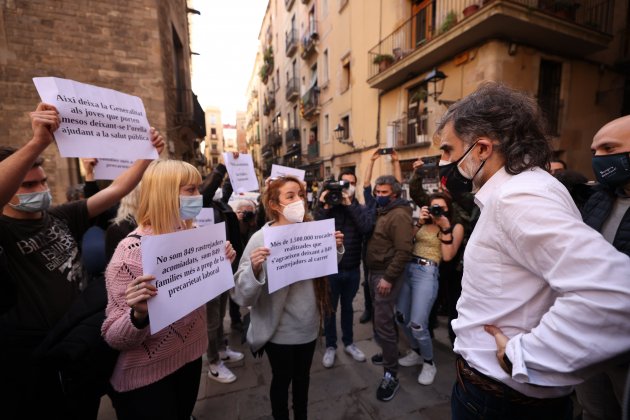