A Spanish judge has decided this Monday to reopen a previously-abandoned part of a notorious corruption investigation which involves Corinna Larsen, ex-lover of Spain's king emeritus Juan Carlos I, himself deeply embroiled in other corruption cases. The decision by Spain's National Audience court relates to one part of the continuing inquiries into former police commissioner José Manuel Villarejo, allegedly a key figure in Spain's "state sewers" in which police carried out covert actions with political ends. The so-called "Carol" file of the Villarejo case investigates Larsen's relationship with the ex-police commissioner who has been in provisional prison since 2017. According to judicial sources, the German businesswoman has been summoned to testify as a defendant on September 8th. This investigation does not directly affect Juan Carlos I. His case is currently in the hands of public prosecutors.

The Carol file was originally opened after the revelation of taped conversations between Corinna Larsen and former commissioner Villarejo. In today's ruling, the judge argues that, since the closing of the file in September 2018, the court has received several police officers examining the material involved, as well as a request for judicial cooperation from Swiss public prosecutors. As a result of all this, the re-opening of this section of the case seeks to clarify the possible existence of an instruction from Larsen to Villarejo to obtain data on a person of Spanish nationality, "without discarding the possibility that this could lead us to other types of infringements".

The investigating judge notes that in one of the recorded conversations between the two, the businesswoman expressed concern about a Spanish personal assistant who could be leaking information about her private life. Villarejo sold his services to her. Judge Manuel García Castellón wants to know if the order came to fruition, because there could be active and passive bribery offences involved.

Since the judge and public prosecutors disagree on the "connection" between events that took place in Spain and those under investigation in Switzerland - an alleged multi-million dollar corruption scandal centred on Juan Carlos I in which Larsen is also implicated - the judge has asked the public prosecutor to present a report on the possible existence of a criminal connection and on whether Spain has jurisdiction to investigate the matter.

Juan Carlos I is not directly affected

Although Corinna Larsen spoke of Juan Carlos I's Swiss bank accounts in the conversations with the ex-police commissioner, the Carol file does not directly affect the investigations proceeding into Spain's king emeritus. These have been passed by the Swiss prosecution service into the hands of the Spanish Supreme Court's prosecutors. Specifically, the Spanish attorneys are investigating Juan Carlos's acceptance of massive commissions from the Saudi royal house when the contract for the Mecca-Medina high-speed train was awarded to Spain. In this regard, the prosecution team investigating has been enlarged with renowned criminal and economic law experts to "delimit or rule out" the criminal importance of the events relating to the case that took place since June 2014, when Juan Carlos I ceased to be Spain's head of state and thus lost his inviolability.

According to Spain's El Mundo newspaper, the king emeritus transferred two million euros to former lover Corinna Larsen through a front company, based in Panama, which was used to buy two luxury apartments in the Swiss Alps that the two frequented during the years of their relationship. The newspaper has had access to the two loan agreements drafted by the king emeritus's alleged Swiss proxy, Dante Canónica, to carry out the real estate operation in 2009.

In the document re-opening the Carol file, the Spanish judge also brings new accusations against two other contacts of the ex-commissioner Villarejo: Rafael Redondo, a partner of the senior police officer in his company Grup Cenyt, and the businessman Juan Vilallonga, former chairperson of Spain's massive telecom company Telefónica. They are scheduled to testify on September 7th, a day before the ex-lover of Spain's head of state.

Below, the judge's ruling on the re-opening of the investigation. 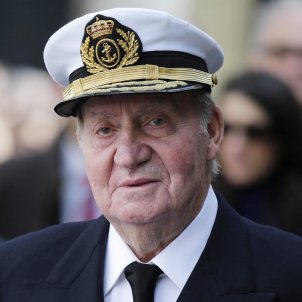 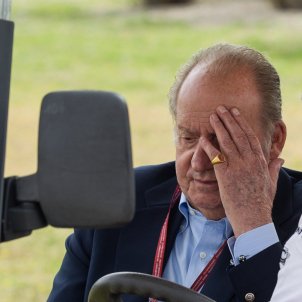 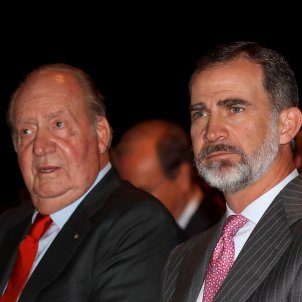