Exiled Catalan MEP Clara Ponsatí has announced that she has left the Belgium-based exile body Council for the Republic headed by Carles Puigdemont. In a statement released this Tuesday, she made the announcement and criticized the pro-independence body for operating "subordinate to the dynamics of [Catalan] regional politics and government."

Ponsatí stated that she effectively left the organization long ago: "I have not been participating in the deliberations of the Council nor involved in any of the decisions and tasks of its governance since December 23rd, 2020," she said. That is, eight months ago.

The former Catalan education minister said she had "ceased to participate actively in the Council's governance" when she found that her "involvement did not help it to disengage from electoral logic or, later, from discussions on the formation and coalition of the new Catalan government". She stated her regret that "an instrument such as the Council, which could be useful to resume the path to independence and put the the mandate of the October 1st referendum into effect, is operating subordinate to the dynamics of regional politics and government" - that is to the internal politics of Catalonia as an autonomous community of Spain.

The eight-months-late public announcement of this decision is because the exiled minister postponed making a statement while "waiting for the Council for the Republic to enter a new stage after the elections to its Assembly of Representatives". However, these elections have not arrived: "Given the repeated delays in this electoral process, now scheduled for the end of October, I believe I have a duty to inform members of the Council and other interested parties about this situation," she concluded.

The Council delays its elections

The Council for the Republic, set up in 2018 as an organ to advocate for Catalan independence from exile, announced on August 20th that it was delaying its internal elections until October 29th, 30th and 31st. The change of date was precipitated by "the wish to respond to the demand of the Council's rank and file to give them more time to prepare nominations." "In this way it is also intended to ensure maximum participation across the whole territory," added a statement.

Earlier, the body had announced its deployment in the Balearic Islands, making it clear that its scope takes in all of the Catalan-speaking lands. Under what the body described as the "unequivocal premise" of "institutionally forging the whole nation", the Council officially constituted its delegation in the Balearic Islands with a signature ceremony at the Palau dels Reis de Mallorca in the Northern Catalonia city of Perpinyà. 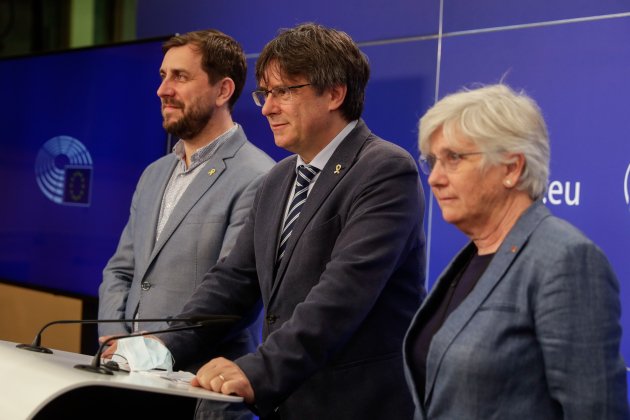 Ponsatí's decision comes days after Scottish justice ruled out her extradition to Spain. An Edinburgh court decided last Thursday to close definitively the case arising from the Spanish Supreme Court's request for the extradition  of the minister, who is currently an MEP for Junts and a resident in Belgium.

According to Ponsatí's lawyer, Aamer Anwar, the Scottish court considered that Ponsatí was no longer under its jurisdiction and that, therefore, the judicial process aimed at extraditing her to Spain had to end. The case had been open for more than three years, but in November 2019 the Edinburgh court already allowed Ponsatí to recover her passport and travel abroad.