"Schools are not afraid." This was the slogan for the demonstration called by the Catalan education platform Somescola on Saturday afternoon to denounce the Spanish government's "blackmail" of the Catalan educational model: in February, the Spanish government had announced that, using its powers of direct rule under article 155, it was considering making changes in the long-established policy of using Catalan as the vehicular language throughout schools in Catalonia. The application of judicialization in education - under which teachers have been called to court to answer accusations of hate crimes - was another issue which brought thousands of people onto the streets of Barcelona, in a march under the rain and cold, from the Catalan capital's Passeig de Gràcia to the Estació del Nord park.

"We are here because it has to be made it clear, by taking a united stand, that the Catalan school community supports a socially cohesive model" explained Marcel Mauri, vice president of Catalan cultural organisation Omnium Cultural. "The Spanish government needs to leave us alone", said Mauri to the press, also asserting that the Catalan school system is not afraid of the attacks mounted using article 155 of the Spanish constitution. Finally, he asserted that, as well as defending its position in the streets this Saturday, the Catalan education community will do the same "every day in our educational centres". 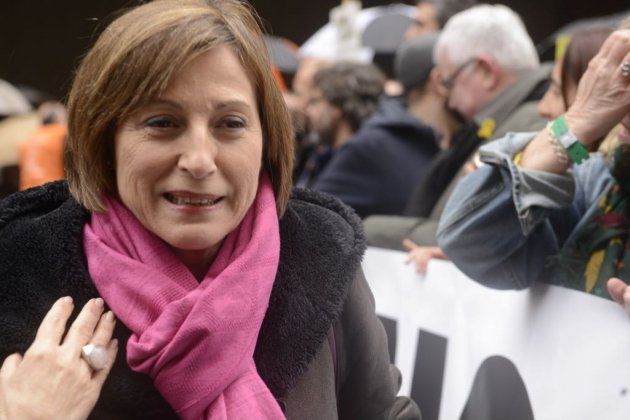 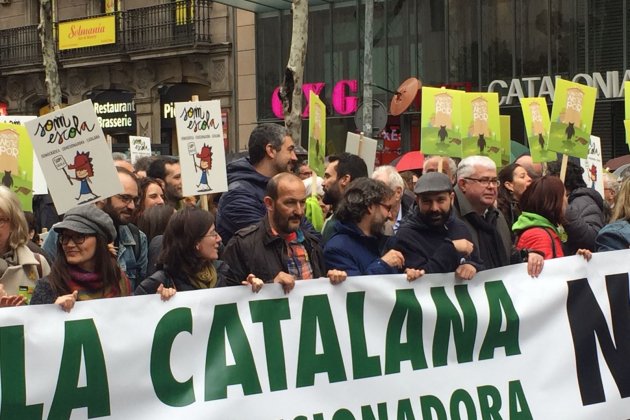 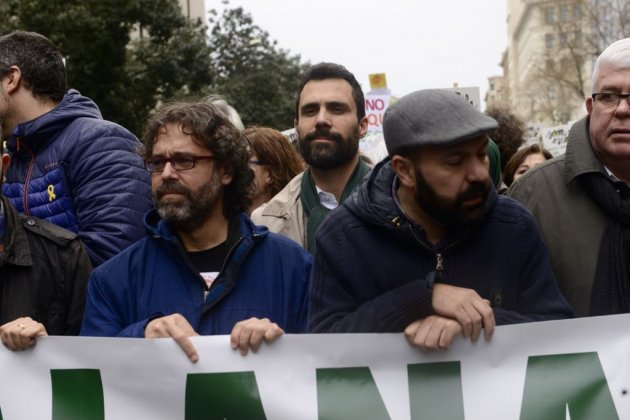 At the head of the march, accompanying Marcel Mauri, was the vice president of the Catalan National Assembly (ANC), Agustí Alcoberro, the former speaker of the Catalan Parliament and current MP Carme Forcadell and the current speaker, Roger Torrent. 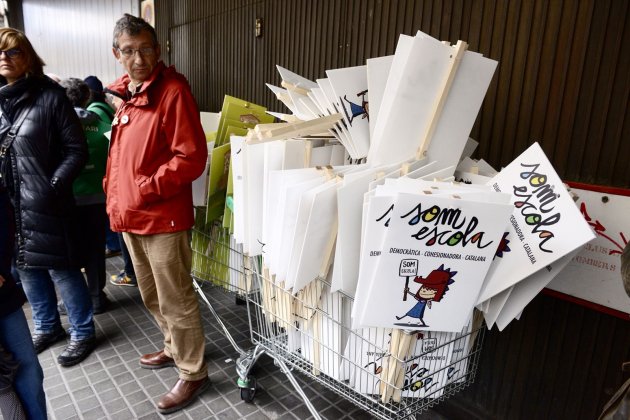 The organizers distributed posters reading "We are schools: democratic, cohesive, Catalan", while marchers chanted "Don't touch Catalan schools" and "We are not afraid". Large number of yellow ribbons were in evidence, in protest against the imprisonment of Catalan pro-independence leaders, along the Catalan estelada flags and slogans protesting the imposition of article155 on Catalonia: "School is a window to the world. Article 155 are bars on that window". 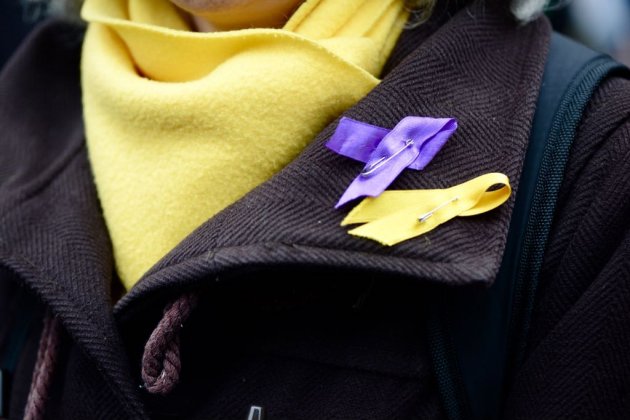 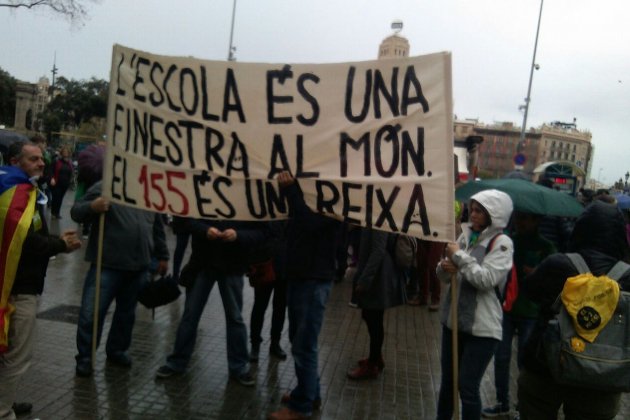 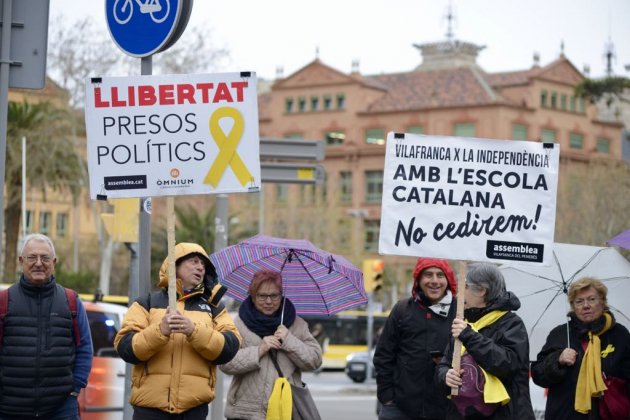 "Today we have come out to the streets to support teachers; they have been accused of indoctrination in schools", said Ramon Font, spokesperson for Catalan teachers' union USTEC, underlining that "those who make this type of accusation are those who would want us to indoctrinate". There have been several cases in the last few months of teachers being summonsed to court for having allegedly committed hate crimes, for example, in relation to allowing class discussion of police violence during the Catalan independence referendum.

In the same line, Font stated that the other main motive that brought people out onto the street was the language immersion issue: he referred to the "phantom" of dividing students into different groups according to language. "It would be a disaster to segregate students by linguistic options," said Font, who is a teacher himself. "It would not be motivating to face the class of the Catalan speakers and the class of the Spanish speakers. We have already overcome this question by creating a cohesive system so that pupils can learn both languages". The union spokesperson stressed that Catalan education decisions have been the policies "on which the most consensus has been reached in recent years".

"The referendum can't be a topic that secondary schools avoid"

Speeches at the end of Saturday's march began with the reading of a manifesto stating that "critical spirit and the freedom of speech do not make good companions for fear". The text stated that topics like the independence referendum on 1st October and the violent police repression that day "cannot be avoided in secondary schools", and asserted that the language immersion system guarantees equality of opportunities.

A group of students also addressed the crowd. "We are here to make ourselves heard," said student spokesperson Mercè Terès. "We want to be all in the same classrooms, learning the same knowledge". 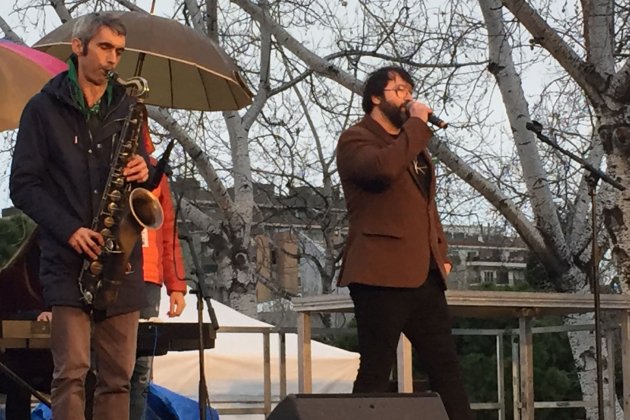 The musical note of the march was provided by Roger Español, who lost an eye due to a police rubber bullet fired during the October 1st referendum, and the rapper Valtonyc, recently sentenced by a Spanish court to a three and a half year jail term for his lyrics.