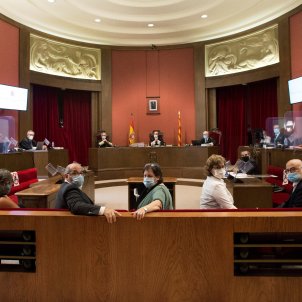 Catalonia's high court has convicted four pro-independence MPs for disobedience of court orders in the run-up to the 2017 Catalan independence referendum. Lluís Guinó, Ramona Barrufet, Anna Simó and Lluís Corominas, members of the Catalan Parliament's procedural committee, the Bureau, were found guilty. A fifth MP, judged as part of the same trial but not a member of the Bureau, Mireia Boya (CUP) was acquitted.

The court sentenced all four former members of the Bureau to 20 months of disqualification from holding elected public office and a fine of 30,000 euros each. Thus, none of the four can run in the next Catalan election, due on February 14th 2021.

The verdict was as expected after last year's sentencing of the then-speaker of the Catalan Parliament, Carme Forcadell - also the chair of the Bureau - to eleven and a half years in prison for sedition. There was no suggestion of a possible acquittal. The entire case is based on the same complaint laid by public prosecutors for which Forcadell was sent to jail.

On the other hand, the court acquitted former CUP deputy Mireia Boya because, it says, that she was not nominally warned by the Constitutional Court and the degree of her involvement in the events was not compatible with an offence of disobedience.

The sentence obliges the four formers MPs to pay one-tenth of court costs. The trial was held on July 21st, 22nd and 24th, 2020. The court was composed of three judges: Jesús María Barrientos, Jordi Seguí and Carlos Ramos, with the last-named acting as judge spokesperson.

The basis of the sentence

The verdicts and sentences are based on the decrees approved by the Parliament of Catalonia in autumn 2017. The ruling says that although the accords passed by the Bureau on October 27th and November 3rd were annulled, the chamber finally approved them in disobedience to the Constitutional Court.

In fact, the ruling is nothing less than a blow by blow chronology of all the relevant events in the months leading up to the 1st October referendum. From resolutions of the Bureau that were legally challenged but then passed by the parliamentary chamber, to the judicial journey which they then were sent on until their annulment by the Constitutional Court, with all the political actors who were involved, both in terms of appeals and in applying the decrees themselves.

In July 2016, in the early months of the legislature, the resolutions of the commission set up to study the constituent process for Catalonia, which were published in Parliament's official gazette, were, for the Catalan high court, a "clear and obvious breach" of the Constitutional Court's resolution, as were also warnings included in its ruling of 11th November that year: "Although the Constitutional Court had informed in its ruling that the content of the conclusions of the Commission of Study ... "clearly" contravened its mandate, all the defendants consented to the Parliament of Catalonia ratifying them in the plenary session of July 27th, 2016 giving rise to Resolution 263/XI".

Ever since the first accusation on these matters was made against the speaker, Carme Forcadell, defence lawyers have always appealed to the inviolability of the Catalan parliament as justification for going ahead. But until now, no court has ruled on this. The Catalan high court today ruled that there can be no inviolability when the law is being violated: "Based on the unfounded assertion that the essence of the current case is 'the judicialization and criminalization of events of a political nature as a response to the State by a dissident ideology', the defence cases invoked 'the parliamentary prerogative of inviolability', which is [legally provided for] in order to preserve parliament's ability to form its own views freely in its function as representative of the Catalan people and in order to avoid it being determined by the other powers of the Spanish state, the judicial power included, something which becomes an essential guarantee of the separation of powers, vital in the democratic conception of very state under rule of law".

The court explains in its judgement on this claim that the exclusion of parliamentary inviolability in these cases does not violate parliamentary autonomy, because scuh autonomy cannot stand as a reason to avoid compliance with the decisions of Spain's Constitutional Court, nor can it serve in any way as an argument for the autonomous parliament to consider itself legitimately entitled to violate the constitutional order, nor can it compromise the exercise of the guaranteed right of participation of political representatives, as it is "the obligatory consequence of the submission to the Constitution of all public authorities", and nor can it be said, finally, that the decisions taken with the participation of the accused in the Bureau of the Parliament of Catalonia against the warnings of the Constitutional Court are protected by freedom of expression, since they were adopted against the constitutional framework". 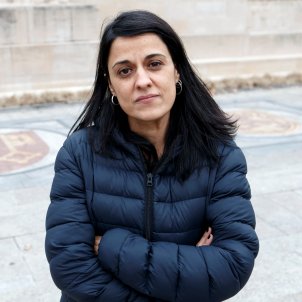 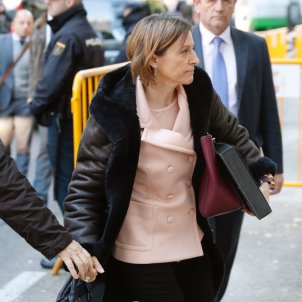