The Catalan independence trial: what to expect

With the Spanish Supreme Court's order to transfer the Catalan pro-independence prisoners to Madrid, the last logistical details are now being decided on a court case that could have unprecedented significance in Catalonia, in Spain and well beyond: the trial of twelve Catalan political and civil leaders on charges arising from the October 1st 2017 Catalan independence referendum and the broader political process around it. The Catalan independence trial.

The judge appointed to the case, Manuel Marchena, wants to leave nothing to chance, and for that reason he has already instructed that the nine defendants who are currently imprisoned are to be brought to Madrid. The order is for them to be transferred to the Spanish capital during the last week of January. The precise day is not specified. The trial will thus begin in February and will differ from what was expected a few weeks ago.

In the Supreme Court's second court, where Spain's major criminal cases are heard, the benches for the defendants are in the centre of the court, directly facing the judges. On the right of the accused are the prosecutors. And to their left, the defence lawyers.

Due to judge Marchena's decision in December to split off part of the case, sending the trial of six Catalan parliamentary deputies accused only of disobedience to the lower-ranked Catalan High Court (TSJC), the number of defendants involved in the case has been reduced, and accordingly, the number of lawyers and the length of time likely to be necessary to hear the evidence. Which will make the trial shorter than initially foreseen.

Sessions of the trial will be scheduled to take place on Tuesdays, Wednesdays and Thursdays, between 10am and 6pm, with a break for lunch. Mondays and Fridays will be reserved for the court to resolve issues arising from the trial. And the defence lawyers will be able to use these times for preparation work, especially with the accused, who will be imprisoned in a Madrid jail, most likely until the final verdict is given.

Just as occurred on the days when they had to appear during the now-completed investigative phase of the case, and since the Supreme Court does not have prison cells, the nine prisoners will await the start of the hearing in the premises of another court, the National Audience, a few metres away. They will also be taken to this building during the lunch break.

It is envisaged that the testimonies of the accused will last 15 days: the first 15 days of the trial once preliminary matters have been dealt with. 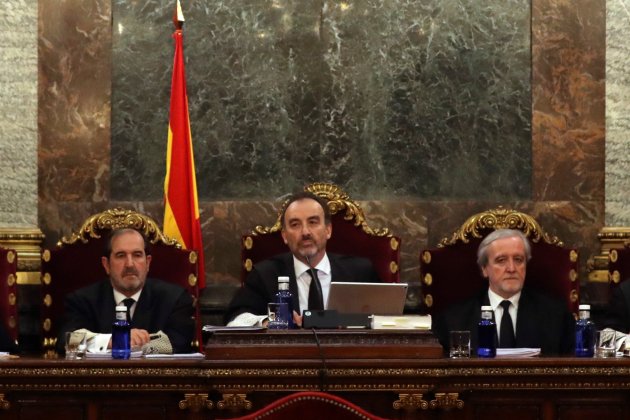 It will be at the trial when the prosecutors will demand the definitive charges and penalties which the nine defendants are to face. Under the Spanish legal system, more than one prosecution is possible, and in this case there are three: that of the public prosecutors; that of the state solicitors; and a private prosecution presented by the far-right Vox party.

At the moment most of the defendants are accused of rebellion and misappropriation of public funds. For former Catalan vice-president Oriol Junqueras, the Spanish public prosecutor, which is the prosecution which carries most weight in establishing the final sentence, has demanded 25 years in prison. For the two pro-independence civil group leaders Jordi Sànchez and Jordi Cuixart, and for parliamentary speaker Carme Forcadell, the public prosecutor has called for 17 years on charges of rebellion. For the remaining prisoners - Catalan government ministers Raul Romeva, Jordi Turull, Josep Rull, Joaquim Forn and Dolors Bassa - this prosecution has called for 16 years for rebellion and misappropriation of funds. Then there are the three remaining defendants in the trial, the three Catalan government ministers under Carles Puigdemont who have not been charged with rebellion and have not been required to remain in pre-trial jail: they are Carles Mundó, Meritxell Borràs and Santi Vila, for whom the public prosecutor has called for seven years' imprisonment for misappropriation of funds and disobedience.

But these indictments, filed on November 2nd last year, are provisional. It will be in the courtroom, first in the prior questions, and then at the end in the summing up, when the public prosecutor can alter its demands for penalties and change the accusations. If this happens, it will be right at the end, once the evidence presented by all parties has been heard.

The state solicitors - the legal representatives of the Spanish government - in their indictment of November 2nd, demanded penalties ranging from 12 years' imprisonment down to fines, for offences of sedition (in place of rebellion), misappropriation of funds and disobedience.

The right-wing political party Vox, which has pursued a private prosecution, has demanded 74 years in prison for Oriol Junqueras and the rest of the currently-imprisoned ministers - Joaquim Forn, Jordi Turull, Raül Romeva, Dolors Bassa and Josep Rull - according to the indictment document it has filed in the Supreme Court. Vox also demands 62 years in jail for civil leaders Jordi Sànchez and Jordi Cuixart. The private prosecution is also able to modify the charges and penalties it wishes to pursue.

This Tuesday, January 15th, is the deadline for the defence lawyers to submit writtten defence statements. Many lawyers have been working for weeks on these since the indictments were filed on November 2nd.

The lawyers of the defendants are working right through to the deadline and it will not be until the presentation of the statements that they will call the witnesses who they would like to appear. Among them is former Spanish prime minister Mariano Rajoy, who has already said that if the defence teams request it, he will take the stand.

But the lawyers say that until the presentation of the statements they will not finalise their decisions on witnesses. It seems likely that the court will accept all witnesses called by all parties, if their importance can be justified in terms of the evidence they can offer. 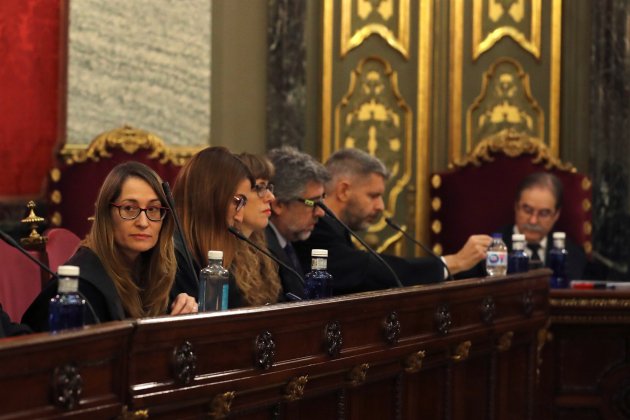 The hearing of witnesses will stretch the trial out. The public prosecutor has already requested 256 witnesses. Although the court asked the number to be contained as much as possible, the prosecution responded that all were justified. Among them are the close police hierarchy under the chief of the Catalan Mossos d'Esquadra police, Josep Lluís Trapero. Some of these people have, in fact, already appeared during the investigation phase of the case, as witnesses.

Also called to appear are the chiefs of the Spanish National police and Civil Guard, and the coordinator of the entire Spanish police operation aimed at stopping the Catalan referendum, Colonel Diego Pérez de los Cobos, of the Civil Guard.

Testimony will also be given by the Spanish government's delegate to Catalonia at the time of the referendum, Enric Millo; former Spanish secretary of state for security, José Antonio Nieto, and the former general technical secretary of the Spanish interior ministry, Juan Antonio Puigserver.

Felipe Martínez Rico, Spanish finance ministry undersecretary in 2017, also appears in the list of witnesses proposed by the public prosecutor. Other testimonies that the public prosecutor wants to call are two members of the Catalan Parliament's presiding board in the last legislature, José María Espejo-Saavedra, of the Ciudadanos party, and David Pérez, of the Catalan Socialists; as well as the then-director of the Catalan government's European Union office in Brussels, Amadeu Altafaj, and the head of the 'Diplocat' network of Catalan government representation offices abroad, Albert Royo.

The public prosecutor also proposes calling: Helena Catt and Wim Kok, spokespeople for the team of international electoral experts who acted as observers to the 1st October referendum, arranged by the Catalan government; the 64 Spanish police officers who were injured in the police actions on October 1st; and the Civil Guard officers who carried out searches in Catalan government offices on September 20th. 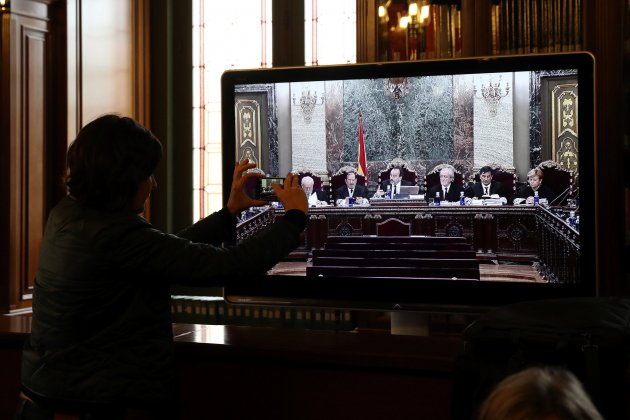 The entirety of the trial will be televised, not only on broadcast channels but also by El Nacional, through a continuous videocast on our website.

To allow journalists to follow the trial, two rooms adjacent to the courtroom: the Supreme Court library and its meeting hall will be made available. In addition there will be a space for radio broadcasters. It is expected that the library will be available for the first two weeks of the trial and subsequently, when the number of journalists is expected to fall, the remaining two spaces will be sufficient.

The Supreme Court press team has explained that transparency in this trial is a priority, since it is a matter of general interest, and it is working to ensure that everyone has all the information they need and the digital feed from the institution is accessible to everyone. Technically, the court is served by Spanish state television, which is not demanding a charge for either the television or digital feeds.