Marchena turns down role as head of Spain's judges after controversy 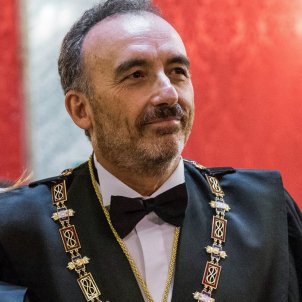 Manuel Marchena won't chair Spain's Supreme Court, nor the body in charge of the country's judges, the General Council of the Judiciary. The judge has decided instead to remain as chair of the court that will try the members of the Catalan government charged for their roles in last year's Catalan referendum.

In a statement released by the judge himself this morning, he says that, due to "news stories reported in recent days", he is "obliged to make the followings clarifications". He goes on to say that "never have I conceived of the exercising of the judicial function as a tool in the service of any political choice to control the outcome of criminal proceedings".

Marchena also emphasises that his career as a magistrate has always been "dominated by independence as a presupposition for the legitimacy of any legal decision". He adds that "examining the decisions I've handed down over these years as a magistrate of the Supreme Court... is the best evidence that I've never acted making the political choices of the defendant or the complainant a condition for the application of the law".

He ends his statement expressing his "resolute wish" to not be included among the list of names for the position of chair of the Supreme Court and the General Council of the Judiciary.

The chair of the Supreme Court and the General Council is to be elected by the members of the latter. This cycle, however, news has been leaked of a pact between PSOE and PP for the nominations, which included Marchena's name as chair. There also emerged controversial WhatsApp messages from PP's spokesperson in the Senate, Ignacio Cosidó, to his colleagues.

Through this decision, Marchena will remain the chair of the Penal Chamber of the Supreme Court set to try to pro-independence Catalan leaders.

Editorial First it was "prosecutors will sort it out for you"... José Antich 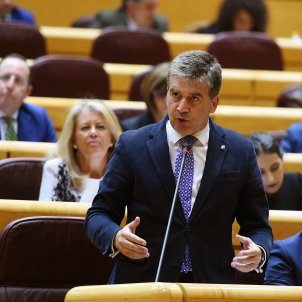 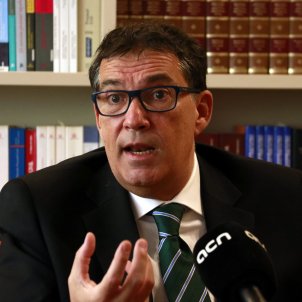