It is years since Catalan politics has been placid and stable. Perhaps, indeed, it has never been so, but the start of the independence process and the repression from the Spanish state have accentuated the tension and distance between the pro-independence parties and the unionists. However, Badalona, ​​one of the most populous cities in Catalonia, sits on its own particular chronic political faultline. The simple fact that in the last six years the metropolitan coastal city has had five different mayors sums it up perfectly: a political earthquake that never seems to stop.

And this very Monday, November 8th, the fifth mayor has arrived. The full meeting of the city council passed the no-confidence motion against the sitting mayor, the Popular Party's Xavier García Albiol. All the opposition parties: the Catalan Socialists (PSC), the CUP-based coalition Guanyem, the Republican Left (ERC), the left-wing Comuns and Together for Catalonia (Junts), all joined to vote for the motion against Albiol after he had appeared in the infamous Pandora Papers as owner of a company in the tax haven of Belize.

In fact, Albiol had become mayor for the second time himself thanks to the discrepancies shown by the very same political groups that today signed the motion against the mayor. His return to the leadership of the city just 18 months ago followed the resignation of the previous mayor, the Socialist Àlex Pastor. The disagreement between the opposition parties made it possible for Albiol to automatically become mayor, as the law states that in such a situation of deadlock, the head of the most voted party list will take the mayoral post. 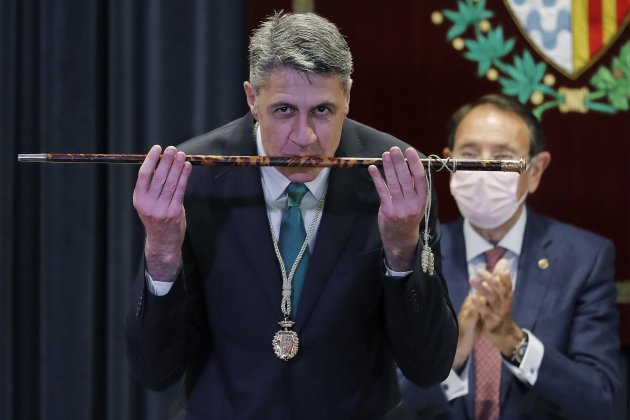 Albiol is proclaimed mayor of Badalona for the second time in 2020 / Photo: Efe

As the then-opposition leaders said themselves at the press conference for the presentation of the future city government on October 28th, the agreement they reached is "for dignity". "Albiol's entrenchment in the city council has made this agreement possible for dignity. All the councillors who signed this pact today have agreed on the urgency of taking a step forward in the face of this institutional crisis," said the man who today became mayor, the PSC's Rubén Guijarro, who emphasized that it is the "most serious occurrence that the city has suffered since the restoration of democracy". 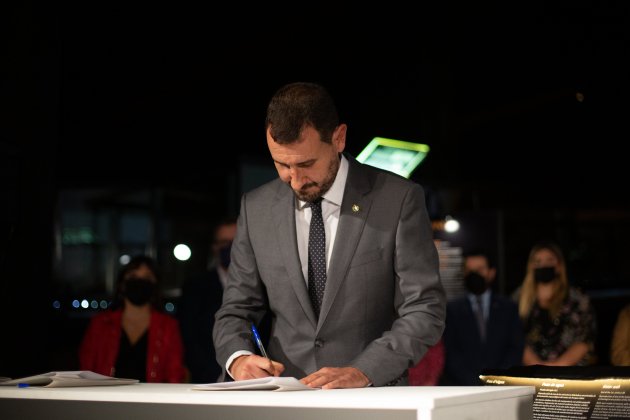 Rubén Guijarro signs the government pact that has now made him the fifth mayor of the city in the last six years / Photo: Europa Press

The origin of the earthquake

Although different accounts of just how it all began are possible, it could be said that the beginning of the Badalona political earthquake took place just after the 2015 municipal elections, when the head of the list of Guanyem Badalona en Comú, Dolors Sabater, reached an agreement with the PSC, ERC, Comuns and CDC to be the new mayor, thus ousting Albiol, PP leader who had ruled the city since 2011 and had been the centre of controversy due to alleged anti-immigrant policies, among other issues. In 2015, his PP ticket remained the most voted, but he lacked an absolute majority. 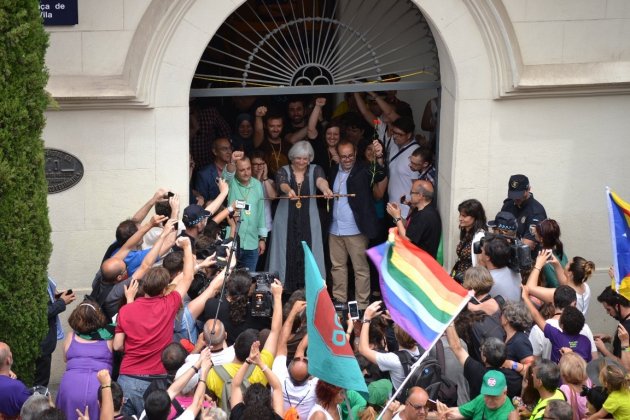 However, the 2015 multiparty agreement was born weakened, due to an open struggle with the Socialists that would later end the Sabater government. Thus, three years later, in 2018, the PSC itself reached an agreement with Ciudadanos and the PP to push through a motion against Sabater that made Pastor the new mayor. The Socialists, who three years earlier had supported Sabater - albeit without entering her government - alleged that the mayor had broken her promises to maintain neutrality regarding the independence process and present a budget that was "more social".

In the 2019 elections, Sabater - in a joint candidacy bringing Guanyem and ERC - won seven council seats: four fewer than Albiol and one more than the PSC. After tense negotiations with the Socialists, very similar to those that had taken place in 2015, the former mayor withdrew her candidacy in order to prevent Albiol from being automatically proclaimed mayor for having the most voted list, and facilitated with her vote the re-election of Pastor. 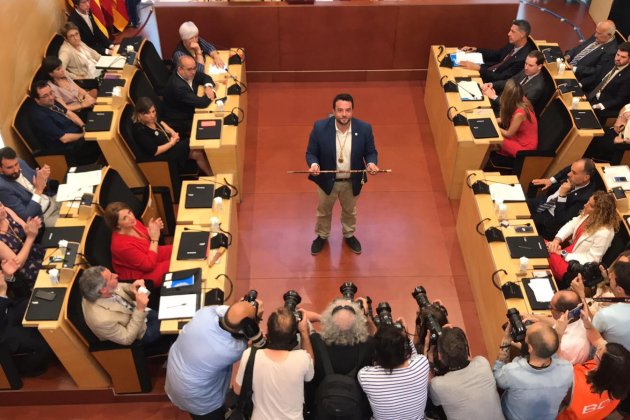 Pastor was proclaimed mayor in 2018 and resigned only a year later / Photo: Carlota Camps

The gesture was different just over a year later, when Pastor had to resign after being arrested by the Mossos police for breaching lockdown, driving drunk and assaulting a police officers. Pastor was temporarily replaced by the leader of the Comuns in the city, Aïda Llauradó. But Socialists and Guanyem were unable to reach an agreement and, this time, it was Albiol who was proclaimed mayor again as head of the most voted list.

Although on this latest occasion Guanyem - now without Sabater, who is currently a member of the CUP group in the Catalan Parliament - signed the motion against Albiol that has brought Guijarro to the mayor's office, tensions with the Socialists have not disappeared.

The Guanyem group, which was unable to lead the initiative as it was left with only four councillors after its surprise break-up with ERC, first said it did not want to enter government and then change its mind and asked to be there. Although Guijarro did not publicly rule them out, an agreement was not reached and the municipal team formed by Socialists, Republicans, Comuns and the single councillor from Junts is now the incoming municipal government. Straight after the swearing in of the new mayor, Guanyem continued to ask for representation on the new city government. Guijarro has dodged the demands - for the moment at least.