Torra in Madrid warns full acquittal is the only acceptable verdict 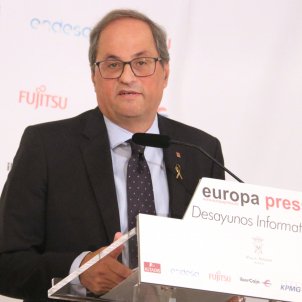 Catalan president Quim Torra, during a breakfast news conference in Madrid today, has warned that if the sentence in the referendum trial isn't full acquittal, it will lead the independence movement into a new phase in which it will "take the initiative again, to definitively trace the path to culminate independence". During the question period, Torra also said he won't ask Parliament's speaker, Roger Torrent, to change the date for the general policy debate after a court set the date for a hearing in his trial for the same day. He said it's up to the court to do something, leaving open the possibility he might not attend.

Torra's speech at the Villa Magna hotel, organised by news agency Europa Press, attracted little attention from Madrid's political class or financial circles. He still took the opportunity to send a message to acting prime minister Pedro Sánchez that they believe the proposals he revealed on Tuesday are purely rhetorical and that JxCat has no plan to support him. "Sánchez's proposal is worse than a non-proposal, it's a disappointment," he said.

Response to the trial

During his initial speech, called "Democracy!", Torra said that neither the people of Catalonia, nor himself as president, will accept any verdict in the referendum trial other than full acquittal. "Pursuing and punishing those who exercised rights is incompatible with the exercising and defence of human rights. Non-cooperation with injustice is a moral obligation," he said.

The president said that they will respond to the verdicts as a country, from its institutions and with a programme looking to retake the initiative with maximum consensus. He said that it is his duty as president to exercise all rights available, and that he will do so beyond any fines, bans from public office or other threats.

Recalling the conversations that had started with Pedro Sánchez's government last year, Torra repeated that his government remains at the table, willing to negotiate, but also took up the idea of democratic confrontation Carles Puigdemont described in his latest book, expressed through the non-violent and civil defence of civil, political and national rights.

Torra wouldn't be drawn on specific plans for how to respond to the verdicts in the referendum trial, even during the question period, simply stating the response would be based on democracy, republicanism, human rights and civil, non-violent disobedience. The situation in Hong Kong, however, was brought up repeatedly, and asked about the possibility of a general strike with road blocks, he said it would be a peaceful action which has to be respected.

He said that laying the groundwork for a response, the current objective is to strengthen the institutions, pass a budget and agree the timeline to achieve independence. "We'll decide on the tools in due course, the most important thing is that we agree," he said. Asked directly, he wouldn't say whether a new referendum would be an option, although he noted 80% of Catalans support holding one and said that if one were held and the result was a victory for "no", he would immediately resign.

Asked about the option of an early Catalan Parliament election, he said it's not something he's worrying about: "The last thing we have to do is throw ourselves into an election which would block us from concentrating on what's important, which is the response to the sentence." He made the remark shortly after Oriol Junqueras (ERC) said his party was still open to the possibility.

On the subject of his court case for not removing yellow ribbons from public buildings clashing with the debate in the Parliament, he said it's the court and not him who has to consider how opportune it is "to set a trial the same day there's the most important debate held in Catalonia". 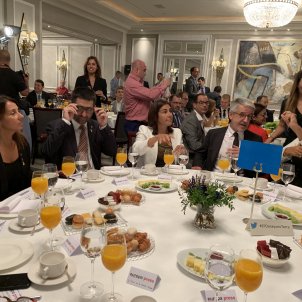 Independence movement Madrid turns its back on Torra Marta Lasalas 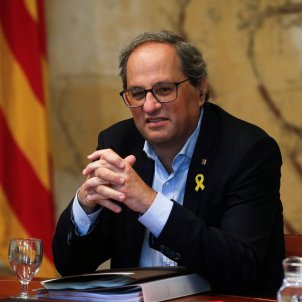 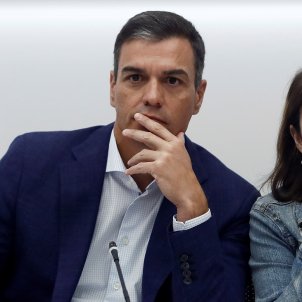 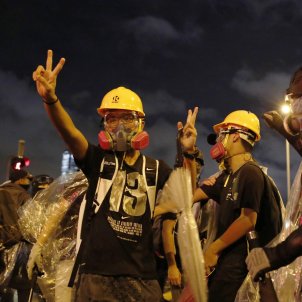